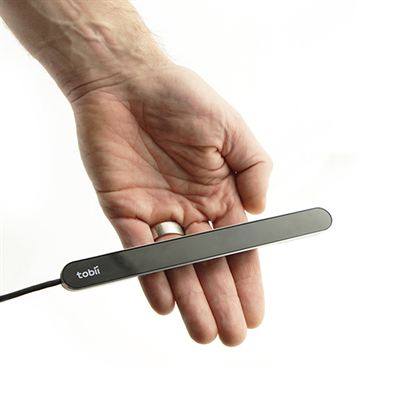 Tobii Dynavox, the global leader in eye tracking and touch based communication devices, announced today the PCEye Mini with IS4 Eye Tracker was named a CES 2017 Best of Innovation Award Honoree in the “Tech for a Better World” product category; a designation awarded to only the highest-rated product or technology in each category.

The Tobii Dynavox PCEye Mini is the smallest and most robust eye tracker on the market for assistive technology. Optimized for individuals that do not have use of their hands—due in part to disabilities such as Spinal Cord Injuries, ALS, Stroke, Cerebral Palsy, Rett Syndrome, or other degenerative conditions—the device enables users to control a computer, laptop or tablet using only their eyes.

“We are incredibly grateful and humbled to receive this honor,” said Fredrik Ruben, President of Tobii Dynavox. “For individuals who are non-verbal and have mobility challenges, this product is life-changing. Mere decades ago, living with conditions that restricted voice and movement meant living with the inability to communicate—beyond a blink for ‘yes’ or ‘no.' Today, we are revolutionizing access to technology and making it possible for individuals to not only find their voice and be heard, but also gain life-changing independence.”

With the PCEye Mini, individuals with disabilities that inhibit the use of their hands or arms can remain in the workplace longer or even return to work because the device allows for completely hands-free computing. The PCEye Mini allows users to communicate and stay in touch online by effortlessly connecting with others via email, text messaging, Skype, Facebook®and other social media. Enabling users to surf the web, connect with friends online, play games, turn on the lights or TV, or even make spreadsheets and documents using only their eyes ultimately gives the user greater personal freedom and independence.

“Our users are playing competitive chess, performing stand-up comedy, directing internationally recognized films, working professionally as artists, and even going before Congress with the aid of their technology. We’re opening up a new realm of possibilities for individuals with physical challenges,” added Ruben.

Tobii is the global leader in eye tracking. Our vision is a world where all technology works in harmony with natural human behavior. Tobii operates through three business units: Tobii Dynavox makes specially designed devices that are controlled by eye movement or touch screens for use by people with special needs due to spinal cord injuries, CP, ALS or other medical conditions. Tobii Pro develops and sells eye-tracking equipment and services used today by more than 3,000 companies and 2,000 research institutions, including all of the world’s 50 highest ranked universities. Tobii Tech further develops Tobii’s technology for new volume markets, such as computer games, personal computers, virtual reality and vehicles. Tobii is headquartered in Sweden and is listed on Nasdaq Stockholm (TOBII). The group has over 700 employees. For more information: www.tobii.com. 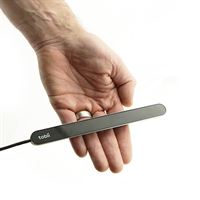