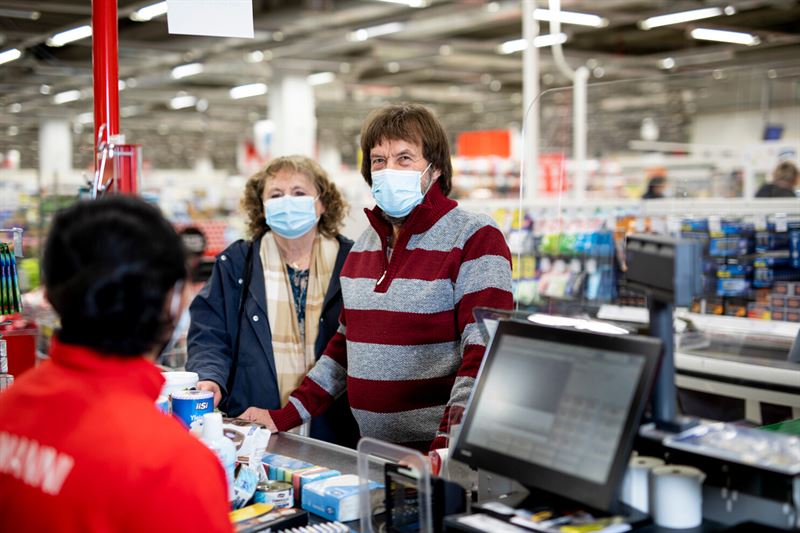 The Tokmanni stores in Tiiriö in Hämeenlinna, in Vanhakylä in Loviisa and in Järvenpää have already undergone major refurbishment in early 2021. The Raisio and Mäntsälä stores will be renovated during the spring. The improvements will enable Tokmanni to meet customers’ needs even better than before.

In Raisio, Tokmanni will expand its store by around 300 square metres. The retail selling space will increase from 2,400 to 2,700 square metres. The product selection will be expanded with the addition of exercise and fitness equipment, toys and food products, for example. Tokmanni will also improve the customer experience through the placement of product categories and signage for customers. The expansion and renovation work at the Raisio store started in February and is expected to be completed by the end of March.

In Mäntsälä, Tokmanni will carry out a major refurbishment of its store. The placement of products and product categories will be optimised, as well as the placement of signage for customers. In addition, the food department will be revamped for added convenience and variety. The main entrance will be moved to a more central location, and a new sales area for seasonal products will be built. A new covered outdoor department for garden products will add around 300 square metres to the total area of the store. The renovation work began in February and is expected to be completed in late May. 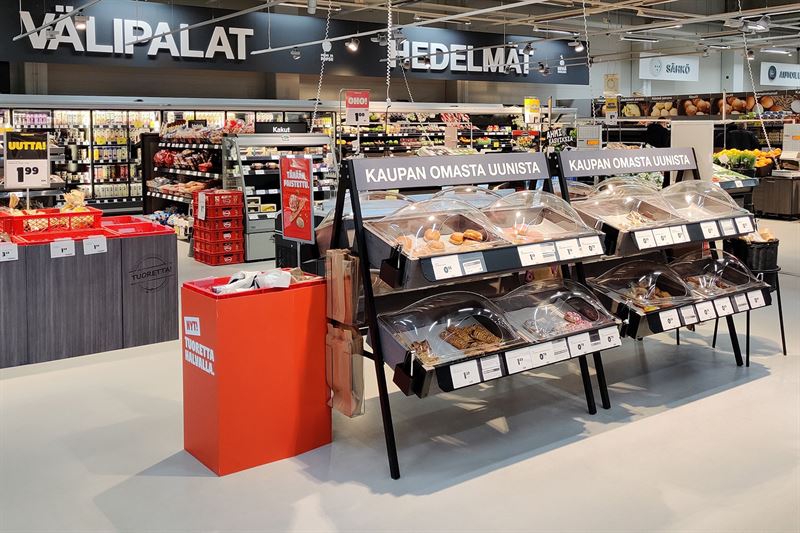 The newly refurbished food department in Järvenpää store has a wider range of products and an in-store bakery, for example.

In Järvenpää, Tokmanni has refurbished the food department of its store, which sells both dry foodstuffs and fresh foods. An in-store bakery has been added, and the product selection has been expanded with hundreds of products. In addition, changes has been made to the food department layout to improve the customer experience. The renovation work began in February and was completed in early March. Later this year, Tokmanni will also expand the garden department of the Järvenpää store, as well as its product selection. The retail selling space in Järvenpää will remain unchanged at slightly more than 4,900 square metres. 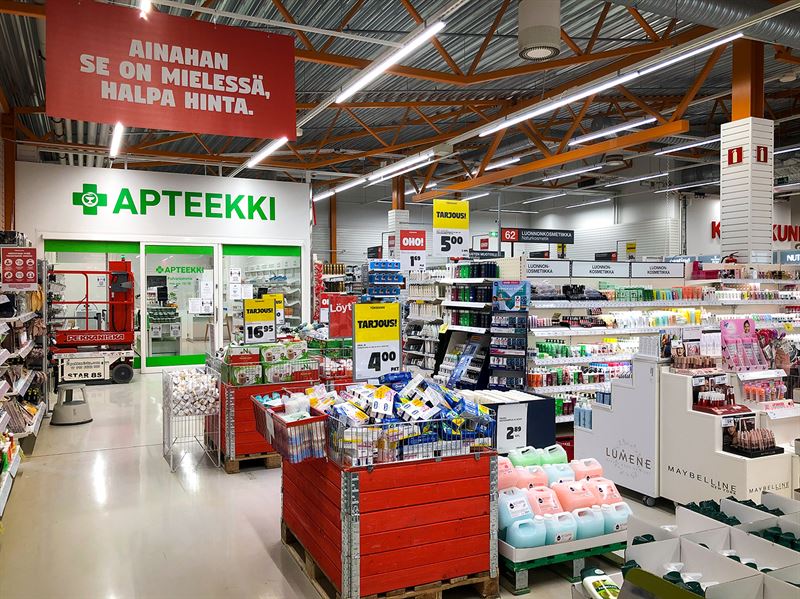 The Tokmanni store in Vanhakylä has been revamped and now houses a subsidiary pharmacy.

In Vanhakylä in Loviisa, Tokmanni has revamped its store in line with Tokmanni’s newest store concept. The food department, which sells both dry foodstuffs and fresh foods, has more sales space than before and a wider range of products. The renovated store also houses a subsidiary pharmacy. The Kruunu-Apteekki subsidiary pharmacy now has the use of an area of around 50 square metres of the store premises, which was previously occupied by Tokmanni. Otherwise, the retail selling space at the Vanhakylä store remains unchanged at slightly more than 3,100 square metres. The renovation work started in January and was completed in late February. The subsidiary pharmacy, which further improved the range of services available in Vanhakylä, opened its doors to customers on 25 February 2021.

The Tiiriö store in Hämeenlinna has also been revamped in line with its newest store concept, which emphasises quick and easy shopping. The shelf layout has been reorganised, and new signs have been added. There is also more sales space for seasonal products, and for plants and garden products sold indoors. At the same time, the ranges of products related to beauty, health and wellbeing have been supplemented. The retail selling space at the Tiiriö store remains unchanged at around 2,750 square metres. The renovation work began in January and was completed in mid-February.

“We want to serve our customers better and better with diverse selections and low prices. By revamping stores regularly, we ensure easy and convenient shopping in our stores. We are also paying special attention to smoother workflows for our store employees,” says Harri Koponen, Store Network and Concept Director at Tokmanni.

“In Vanhakylä, for example, we are very pleased that we have significantly improved the range of local services through our cooperation with the Kruunu-Apteekki subsidiary pharmacy,” he says.

All the stores mentioned above served or are serving their customers as normal during the renovation projects.


A list of the most significant changes to the Tokmanni store network between 2016 and 2020, as well as changes that will be implemented in the near future and that have already been announced, can be found at ir.tokmanni.fi/en/investors/tokmanni-as-an-investment/new_stores.


Tokmanni is Finland’s leading discount retailer chain. Some 4,000 Tokmanni employees make customers’ everyday life and special occasions easier by offering a versatile and up-to-date assortment of Finnish and international brand-name products and other high-quality products at prices that are always affordable. With nearly 200 stores around Finland and an online store, Tokmanni is always close to its customers. Tokmanni’s revenue in 2020 amounted to EUR 1,073.2 million. Tokmanni's shares are listed on Nasdaq Helsinki.