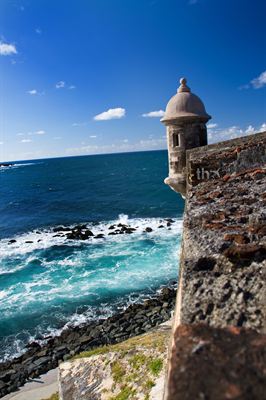 “There are a number of encouraging reasons the LATAM travel market is growing and shows no signs of slowing down,” said Gisela Blok, Vice President of Product in Latin America for Tourico Holidays. “Several of the domestic economies, such as Brazil, are beginning to bounce back. Meanwhile Europe and the United States continue to add more inbound flights at very attractive prices – funneling more travelers into the region.”

Tourico Holidays currently has over 6,000 hotel partners in Latin America – including Hyatt, Starwood, Wyndham, Marriot, Hard Rock, Posadas, Barcelo, Sunset and other major suppliers. Tourico also commits to pre-purchasing large room blocks at over 200 hotels in Latin America – offering distribution clients “ExclusiveDeals”, which guarantee a savings of over 40 percent off of retail prices.

The company has offices in Buenos Aires, Argentina, Sao Paulo, Brazil, and Cancun and Mexico City, Mexico. In the past two years, Tourico has doubled its LATAM personnel with over 65 employees stationed in the region and it plans to hire another 10 employees in 2017.

“Tourico maintains a very strong inventory and presence in Latin America, but we’ll continue to strike pre-buy deals with hotels in the region, ensuring travel distributors throughout the world have access to the finest inventory at the best rates,” said Blok.