A new exhibition at Museum Centre Vapriikki: MUMMIES – a Journey to the Hereafter 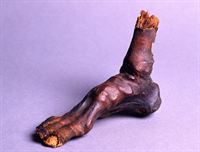 On 16 November, a new exhibition on the cult of death in ancient Egypt opens at Museum Centre Vapriikki in Tampere, Finland. Some truly unique artefacts have been placed on loan for this exhibition, such as authentic Egyptian mummies, sarcophagi, ritual objects, jewellery and everyday utility articles. These have been provided by the Egyptian Museum in Florence, Italy.Life after death is an important theme of many religions. Among those it intrigued were the ancient Egyptians, who followed a strict routine when preparing their dead for the final journey. The purpose of funerary rituals was

Museum Centre Vapriikki, in Tampere, opens a new exhibition, entitled ‘Let’s Create a New World’, at the end of May. This displays a wide selection of agitation porcelain from St Petersburg’s State Hermitage Museum. The exhibition is open from 27 May to 30 October 2011. ‘Art belongs to the people,' said Lenin. This folk education project also involved the nationalised former Imperial Porcelain Factory, where notable artists were ordered to create brave, new porcelain art. Their work resulted in ‘agitation porcelain’, which proclaimed the ideas and ideals of the revolution and was an

Germany’s Ozeaneum is Museum of the Year