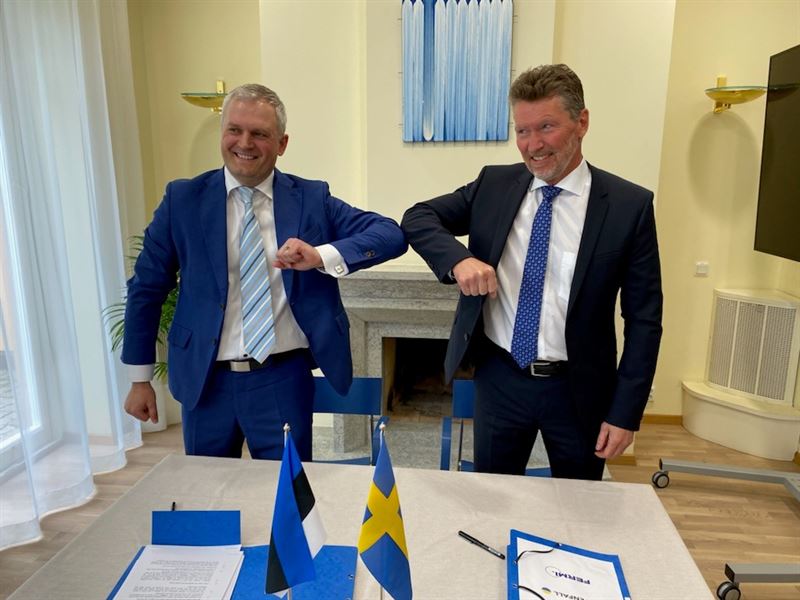 Vattenfall has signed an agreement with the Estonian nuclear energy start-up company Fermi Energia in order to become a minority shareholder of the company with a seed investment of Euro 1 million.

In November 2020, Vattenfall extended its ongoing cooperation with Fermi Energia by signing a Letter of Intent to explore the possibilities for Small Modular Reactor (SMR) deployment in Estonia. Vattenfall has now accepted the opportunity to become a minority shareholder of approximately six percent ownership.

“With this minority investment, Vattenfall can contribute our know-how and work jointly on feasibility studies about costing, supply chain and capabilities to construct and operate Small Modular Reactor technology. Innovative and fossil free future nuclear generation such as SMR seems very promising for Estonia that has the highest average CO2 emissions per generated kWh of electricity among all EU member states,” says Torbjörn Wahlborg, Senior Vice President Generation at Vattenfall.

The extended collaboration will further explore the maturity of SMR technology and the prospects for deployment of one or several such reactors in Estonia until 2035. In addition to Vattenfall the initiative involves other European energy companies. All participants gain practical SMR technology insights and contribute their own experience.

“Fermi Energia considers true decarbonisation of Estonian economy impossible without reliable, affordable low carbon power supply from nuclear energy. For Estonia, only Small Modular Reactors (SMR) as currently developed in the US, Canada and UK are suitable. Excellent safety record of multiple nuclear power plants by Vattenfall and its mission of ‘fossil free living within one generation’ proves that Vattenfall is the right partner for us to move forward with SMR deployment,” says Kalev Kallemets, CEO of Fermi Energia.

Kalev Kallemets continues: “Vattenfall investment will help finance crucial next steps in staffing, training programs,as well as technical and other studies. Over the coming years, we will together with Vattenfall execute several studies on SMR deployment, site visits and training courses that bring real value to both Estonia and Sweden.”

Extended cooperation
Under the agreement of the Letter-of-Intent from November 2020, Vattenfall is studying the potential for the deployment of small modular reactors in Estonia, especially addressing costing and constructability aspects, supply chain, operations/personnel/maintenance, and newbuild financing structure.

“With an investment, Vattenfall will further broaden and strengthen the relationship with Fermi Energia. Vattenfall sees potential in Fermi Energia’s business model and the company’s prospects to succeed with its 2026 objective to submit an application of Decision in Principle for the deployment of SMR technology in Estonia,” says Torbjörn Wahlborg.

Note to the editor:
Today, Estonia has the highest average CO2 emissions per generated kWh of electricity among all EU member states. The Estonian government has formed a national working group on nuclear energy of senior civil servants of majority of Ministries to assess the introduction of nuclear power generation. The group will analyze – with the help of foreign experts – the suitability of introducing nuclear energy for ensuring the security and safety of Estonia’s energy supply.

Captions:
Kalev Kallemets (left), CEO of Fermi Energia, and Torbjörn Wahlborg, head of the Generation business area at Vattenfall, in connection with the signing of the agreement in Stockholm that makes Vattenfall a minority owner within Fermi Energia. 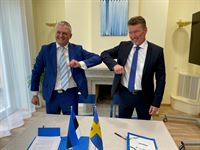 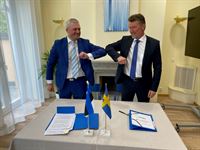