Compassion or Cruelty? The Race for the Crown of Albion Begins in “Fable III” Exclusively on Xbox 360

Microsoft and Lionhead Studios unveil a thrilling new adventure in the multimillion-selling “Fable” franchise, while introducing episodic distribution of “Fable II” only on Xbox LIVE.HELSINKI — Aug 19, 2009 — Alexander the Great. Genghis Khan. Queen Elizabeth I. Che Guevara. Throughout history, revolutionary leaders have taken very different paths to power, bringing about prosperity and poverty, peace and sometimes anarchy to their people. Now Microsoft Corp. and Lionhead Studios will explore the journey to rule, with you in pursuit of a kingdom, in “Fable III,” the exciting new game in the

Whether fast conjures up images of limited production American muscle, advanced European supercar designs or purpose-built races cars, you’ll find a car to meet your tastes in “Forza Motorsport 3.”- HELSINKI, August 19, 2009 - In honor of Gamescom in Germany, we start this week’s reveal with the 2008 Audi A4 Touring Car and 2009 BMW M3 GT2 #92 Rahal Leterman Racing models. With its exotic arrangement of canards, side pod spoilers, ribbed rear wheel well fins and massive rear wing, the Audi A4 Touring Car is a master of down force. Weighing in at 2,100 pounds and featuring 476 horsepower, it

Get the Xbox 360 Party Started at gamescom

Microsoft unveils exclusive experiences of all flavors, including “Lips: Number One Hits”, “Forza Motorsport 3,” “Halo 3: ODST,” new Xbox LIVE updates and Windows 7– HELSINKI, August 19, 2009 – Microsoft is ready to kick-off the gamescom party with its blockbuster line-up of exclusive entertainment experiences. Racing dreams and heart-pounding action Releasing Oct. 23 in Europe, “Forza Motorsport 3” puts you behind the wheel of your dream car in the comfort of your living room. Stunning HD graphics supported by cutting-edge physics simulation where cars incur damage and roll over puts you

Save the Date Look out for an upcoming MacBU announcement. WHEN: Thursday, August 13 WHERE: Your computer (more details distributed week of August 10) WHO: Eric Wilfrid, MacBU GM WHAT: Stay tuned… RSVP: i-jakall@microsoft.com

Helsinki, Aug 5, 2009: Less than a week from today, the Xbox LIVE summer update will arrive to more than 20 million Xbox LIVE members and with it will come the next evolution of connected entertainment on Xbox 360. Get ready to meet the many new faces of your Xbox 360; whether it’s new Avatar clothing and awards from Adidas or “Splosion Man”, or even a private home cinema, Xbox LIVE has something for YOU. Avatars are people too! Now thanks to Avatar Marketplace the options for customising your avatar are endless. With an ever-expanding selection of stores, full of premium outfits and

New desktop set offers ultimate comfort made easy.Helsinki  Aug. 4, 2009  More than seven in 10 Americans have felt discomfort from computer use,1 so today Microsoft Corp. debuts the ergonomist-approved Wireless Comfort Desktop 5000, which utilizes a Comfort Curve layout that encourages natural wrist posture with a slight six-degree curve. This new desktop set combines the Microsoft Comfort Curve keyboard layout with a soft-touch palm rest to make the PC experience more comfortable. Since the Comfort Curve design launched five years ago, more than 10 million units have been sold,2 and the

Helsinki – July 29, 2009 – Xbox® today announced Swiss born, female racing sensation Natacha Gachnang as the European ‘Face of Forza’ to celebrate the upcoming launch of Forza Motorsport® 3 for the Xbox 360® from Microsoft. Launching on 23 October 2009, Forza Motorsport 3, is the definitive racing game for everyone from hardcore tuners to anyone who’s ever dreamed of driving at full-throttle. Who better than Gachnang to speak to its incredible realism and thrilling driving action. In December 2008, Gachnang was announced as the first ever female driver to race in the FIA Formula Two

The entertainment blockbuster of 2008 reloads for a brand new, action-packed thrill ride with the release today of “Gears of War 2: Dark Corners.” This is the largest expansion for “Gears of War 2” yet, and includes seven new multiplayer maps, 13 new Achievements worth 325 additional Gamerscore and the new campaign chapter, “Road to Ruin.”Helsinki – July 28, 2009 – The seven new multiplayer maps in the “Dark Corners” Game Add-on are: • Allfathers Garden: Honor the sacred grounds of the Coalition founders in this explosive map, where a host of powerful weapons catalyze fast and furious

Helsinki – July 28, 2009 – This October, racing fans around the world will be able to experience first-hand the adrenaline of taking on the revered Circuit de Catalunya raceway, as Turn 10 today announced the track for “Forza Motorsport 3.” The Catalunya raceway will make its franchise debut with a roster of exciting new Euro-Sport Compacts, as well as the return of the venerable Nürburgring raceway in Germany. Home to the Formula 1 Spanish Grand Prix in Barcelona, Spain, Catalunya is one of motorsport’s most vital testing grounds. Fans will create their own memorable moments as they 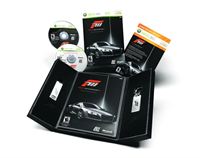 October 23 will mark the launch of “Forza Motorsport 3” in Finland, exclusively on Xbox 360. With more than 400 cars on over 100 tracks, the next game in the heralded series will be the biggest and most vividly realistic console racing title launching this holiday. And while all “Forza Motorsport 3” players will get to experience the bone-jarring physics, unparalleled levels of customization, and epic car and track list, fans who purchase the Limited Collector’s Edition will find even more goodies under the hood.Helsinki – July 28, 2009 - The Forza Motorsport 3 Limited Collector’s Edition (

Microsoft teams up with top anime studios in creating a collection of original short films that take the “Halo” franchise to new frontiers.Helsinki — July 24, 2009 — A renowned set of storytellers from some of the world’s leading anime studios in Japan are about to take one of the most iconic franchises in science fiction and video games to a new level. Microsoft Corp., in collaboration with some of the most acclaimed anime creators, today unveiled a new project called “Halo Legends,” which will bring the “Halo” franchise and its sweeping sci-fi saga to an entirely new medium, in the form

A majority of Office for Mac users recommend the suite — compatibility a top reason.Helsinki — July 16, 2009 — Microsoft Corp.’s Macintosh Business Unit (MacBU) released Microsoft Office 2008 for Mac Service Pack 2 (SP2) today — a midcycle free update that is designed to improve the Office 2008 experience where it matters most to customers: speed, stability and compatibility. SP2 delivers highly requested features throughout the suite as well as a new tool, Document Connection for Mac, that helps improve access and browsing to documents on SharePoint Products and Technologies and Microsoft

Helsinki June 30 − This October, racing fans around the world are invited to hit the famous tracks of Japan in vivid realism and style with a dedicated collection of Japanese cars in “Forza Motorsport 3,” the highly anticipated racing experience from Turn 10 exclusively for Xbox 360. “Forza Motorsport 3” again takes racers on a tour through Japan on three legendary tracks with new and improved graphics including: • Suzuka Circuit: Put your skills to the test on one of the oldest, most famous and dangerous motorsport race tracks in Japan. One of the big dogs of Japanese tracks, the 3.608-

Helsinki 18.6.2009 − Listen up rookies! “Halo 3: ODST” drops on September 22, but will you and your team have what it takes to survive the Covenant onslaught in the new cooperative multiplayer mode, Firefight? Firefight will put you to the test as you and your friends assume the role of an ODST squad and fight together to take on increasingly challenging waves of enemies. It’s where new “Halo” heroes will be born, and an opportunity to step into the boots of a legend. If you pre-order “Halo 3: ODST” at participating retailers, you will receive a token to unlock grizzled UNSC hero Sgt.

On June 13 and 14 in Le Mans, Sarthe, France, the world’s best drivers and their finely tuned race cars will compete in the oldest and most prestigious endurance race in the world, at the 24 Hours of Le Mans.Helsinki, June 12 − To celebrate the 77th 24 Hours of Le Mans, Xbox 360 has partnered with Peugeot Sport to host a press event at the Le Mans circuit together with Peugeot Sport’s top driver, Stéphane Sarrazin. The event, held in Peugeot Sport’s Hospitality at Le Raccordement announces the debut of the famed Le Mans Le Sarthe and Bugatti circuits as well as a new multi-class racing mode,

Age reveals itself but paper, pen and print remain central to the SMB decision making process

Generation Y maintains its trust in the written word to make decisions within according to European SMB research from HPBOEBLINGEN, February 11th, 2009 – The younger generation of SMB employees are placing more reliance on the printed and written word to support their decision making process than their older colleagues according to new research published by HP. 84% of 16-24 year olds working in SMBs always or usually revert to printed or written materials when preparing to make a key decision at work, compared with an average of 77% across all age groups and just 59% for the highest age 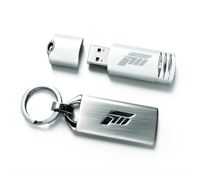