VPS secure more than 50,000 properties and employ over 1600 staff in locations across the UK and mainland Europe. They specialise in securing, maintaining and managing vacant property across a wide range of customer and industry sectors. Core building services cover the vacant, unoccupied and void property lifecycle from an initial risk assessment, to security, including guarding, monitoring, clearing, cleaning, maintenance and preparation. These services protect properties against unauthorised access and a variety of hazards such as arson, theft, squatting and unauthorised occupation. www.vpspecialists.co.uk/ 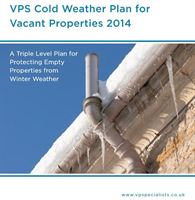 "Follow this guide, it could save you thousands"VPS, the UK’s leading vacant property specialist, has issued a timely guide to help landlords and owners of both vacant commercial properties and empty homes plan for the winter ahead. “Damage caused by winter weather can cost thousands to repair.” Warns Anthony Owen, Managing Director of VPS. “Flooding from a burst pipe in an unattended property can go unnoticed for days, and the repair to a roof which has collapsed from heavy snow can run into five figures quite easily. These costs can often be claimed from an insurance policy, but not

VPS SmartTower CCTV system helps to secure this year's unique Ryder Cup TV coverageAs the eyes of the sporting world watch the 2014 Ryder Cup Gleneagles this weekend, an innovative piece of VPS Site-Security technology will help keep the TV coverage on-air for the millions of viewers expected. VPS, the European leaders in vacant property management, have supplied their award-winning SmartTower CCTV system to help protect and secure the television and media compound at Gleneagles during the event. The SmartTower CCTV is designed specifically for use in remote, vulnerable or temporary 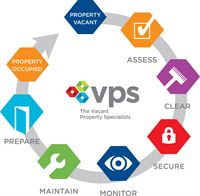 “We’re committed to delivering the best vacant housing facilities management with our ‘National Reach, Local Service’ promise” says Anthony Owen, VPS Managing DirectorVPS , the UK’s market leader in managing vacant property, has announced they have won a number of housing contracts across the UK in the first half of 2014. The new contracts include support for housing providers in Cheshire, Northamptonshire, London, Nottinghamshire, Yorkshire, South Wales and Northern Ireland, working with respected organisations and companies such as First Ark Group, Kier, 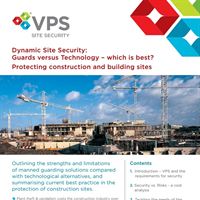