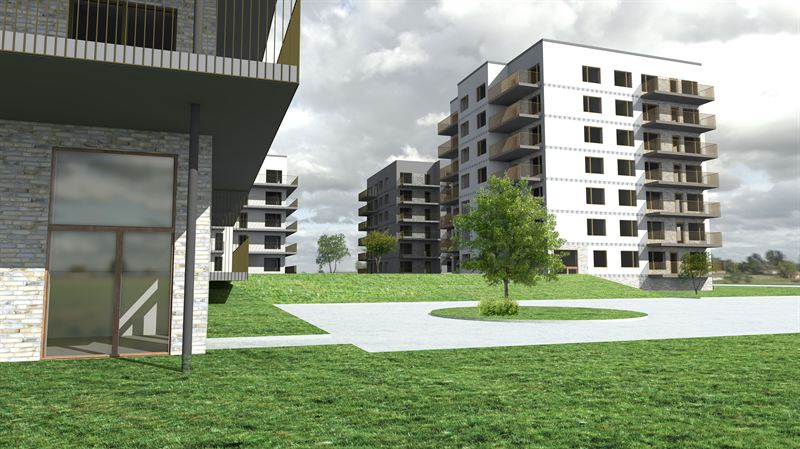 Wallenstam is now starting the construction of punkt4, 133 cooperative apartments divided among four buildings in Stallbacken, Mölndal. This is the fourth construction project that Wallenstam has started in the area. In total, 580 apartments will be built, of which 491 are already under construction.

“Stallbacken is a very popular and attractive area, which means that we have now also decided to start production of cooperative apartments here. We have already started the construction of 353 rental apartments and during September we had the pleasure of welcoming our first tenants who have moved into the area,” says Thomas Dahl, Vice CEO of Wallenstam.

The apartments in punkt4 will range in size from 1 bedroom to 3 bedrooms with balcony. The four buildings will feature two different color schemes, one brighter and the other slightly more subdued with the conscious design of both interior and exterior environments.

In all, Wallenstam will build five phases in the area, of which four have now started. Overall, six developers are building almost 1,000 apartments in Stallbacken. Wallenstam is responsible for about 580 of these apartments, of which the majority are rental apartments

Wallenstam is a growing property company that manages, builds and develops properties for sustainable living and enterprise in Gothenburg and Stockholm. The property holding is valued at around SEK 34 billion and the customer base consists of just over 7,500 households and 1,000 enterprises. The total lettable area is around 1 million sq m. Wallenstam is self-sufficient in renewable energy through the company Svensk NaturEnergi. The company’s B shares have been listed on Nasdaq Stockholm since 1984.