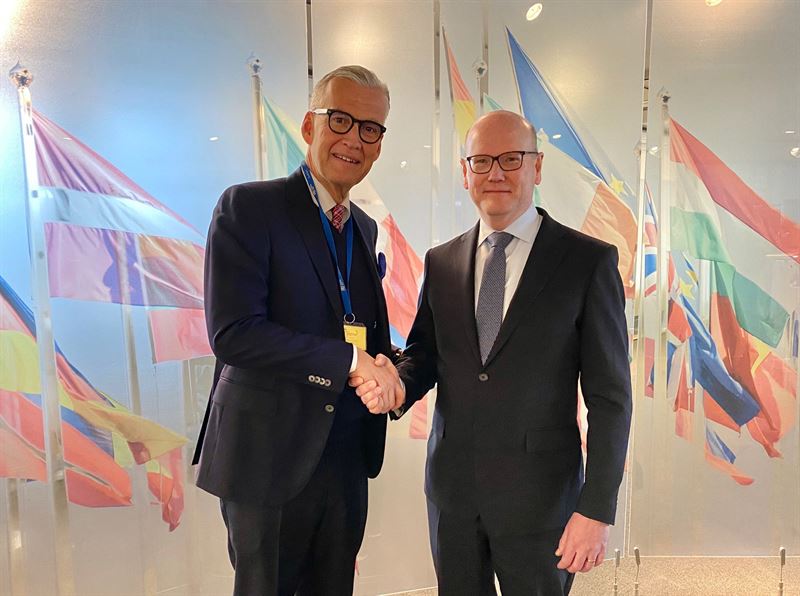 Wallenstam has signed a SEK 2.5 billion loan agreement with The European Investment Bank (EIB) to support the construction of sustainable housing classed as “nearly-zero-energy-buildings” in Sweden. The EIB financing is supported by the European Fund for Strategic Investments (EFSI), the main pillar of the Investment Plan for Europe.

Yesterday saw the ground-breaking of the “Väven” project, which will consist of 116 rental homes and is one of the projects under the financing agreement, for which a first SEK 500 million was disbursed. Over the rest of the year, the rest of the loan, which has a one year availability period, is planned to be drawn down in connection to several other sustainable housing projects. The EIB is providing an unsecured credit facility of SEK 2.5 billion with a tenor of seven years.

As required by the EIB, all new constructions will meet the “nearly-zero-energy-building” standard. The goal of the financing is to support the construction of rental property to reduce the current housing shortage in Sweden’s largest cities.

- Wallenstam's operations are very much aligned with the EIB's mission, which is not only to contribute to employment and growth, but very much also to support climate investment. Therefore, I am pleased that the EIB can contribute to reduce the strain on the availability of rental properties in Sweden through an investment in sustainable housing, says EIB Vice President Thomas Östros.

European Commission Executive Vice-President Valdis Dombrovskis, responsible for An Economy that Works for People, said:
- For Europe to transition to a climate-neutral economy, there is a huge need for investments in making our buildings seriously energy-efficient. By using the EU budget guarantee to support this project with Wallenstam in Sweden, we are putting sustainability at the heart of how we invest EU-taxpayer’s money. The fact that the project is for affordable housing makes it doubly important.

- The EIB’s engagement is a quality stamp for our company, including our business concept of developing new energy efficient housing, we are very proud of the collaboration, added Hans Wallenstam, CEO of Wallenstam AB.

The European Investment Bank (EIB) is the European Union's bank; the only bank owned by and representing the interests of the European Union Member States. It works closely with other EU institutions to implement EU policy and is the world’s largest multilateral borrower and lender. The EIB provides finance and expertise for sustainable investment projects that contribute to EU policy objectives. More than 90% of its activity is in Europe.

Wallenstam is a property company that manages, builds and develops properties for sustainable living and enterprise in Gothenburg, Stockholm and Uppsala. The property holdings are valued at around SEK 50 billion and the customer base consists of around 9,000 households and 1,000 enterprises. The total lettable area is around 1 million sq m. Wallenstam is self-sufficient in renewable energy through its own wind turbines in operation. The company’s B shares have been listed on Nasdaq Stockholm since 1984.