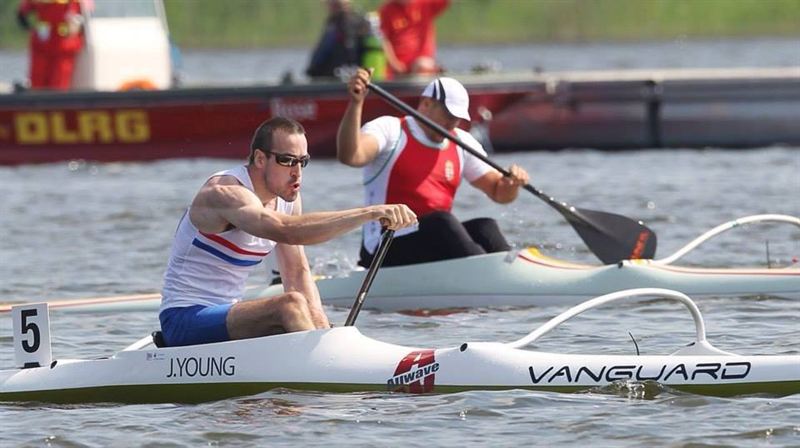 The Commonwealth Games may be in full swing, but one determined athlete already has his sights firmly set on the Paralympics in 2016 - with his World Challenge experiences playing a part in the rehabilitation process.

Jonny Young, originally from Belfast but now living in Nottingham, had led two World Challenge expeditions to Borneo in 2011 and Malawi and Zambia the following year, and was due to travel to Thailand in 2013.

The 29-year-old said: “My career ambition had always been to use outdoor activities to travel and World Challenge offered me this experience.

“As an Expedition Leader I was able to experience that adventure, and use the skills I had worked hard at gathering but at the same time offer up something to others that I know I would have appreciated whilst at school.”

But smiles turned to suffering whilst on a ski holiday to La Clusaz, France in December 2012, when Jonny suffered a devastating and debilitating spinal cord injury which threw his world upside down.

“I basically overshot a landing area and landed my jump on the flat,” he added. “Although I landed on my feet my vertebrae crumbled on impact and initially I wasn’t able to feel or move anything from my lower back down.

“But after a couple of weeks the spinal shock wore off and I was able to start finding out what still worked – 18 months on and I’m still finding out!”

Jonny was admitted to the National Spinal Injuries Centre at Stoke Mandeville (Buckinghamshire) - the birthplace of the Paralympic Games.

“Whilst on expeditions I learnt about the importance of roles within a team and that has really helped me through this rehab process. It made me appreciate what others do without it being overly obvious and made me also look a little closer to see what people can offer,” he said.

Jonny was discharged from hospital almost five months after his accident and after applying to the ‘Paralympic Potential – Bring on Rio’ – a recruitment drive laid on by the British Paralympic Association, the rest, as they say, is history!

After a weekend of talent-testing, he started training with GB Paracanoe. A few weeks later he finished second in the national regatta, just two seconds behind the World silver medallist.

Jonny continued to grow in both stature and skill and won a silver medal at the European Championships last month (July 12th) and travels to Moscow next week for the Worlds where he’s hoping to go one better!

So is Rio a realistic aim?

“Rio is still a long way off and GB has a very strong squad being the number one paracanoe nation so I will have to continue to be the fastest in the country for the next two years.

“However, I was brought onto the canoe programme because they believe I have the potential to win a gold medal at Rio so I hope to repay that faith they’ve shown in me.”

For more information about this release or for images, please contact:

World Challenge is the leading global brand in the provision of life changing student-led expeditions based on the number of expeditions organised annually, the number of countries in which it has a footprint and the volume of customers ‘on the books’ at any one time. WCE is the original school expeditions company and was founded in 1987. WCE works with schools in 25 countries and has over 15,000 students, 700 schools, 1,500 teachers and 30,000 parents on the ‘books’ at any one time. We have offices across Australasia, South Africa, North America and the UAE. www.world-challenge.co.uk