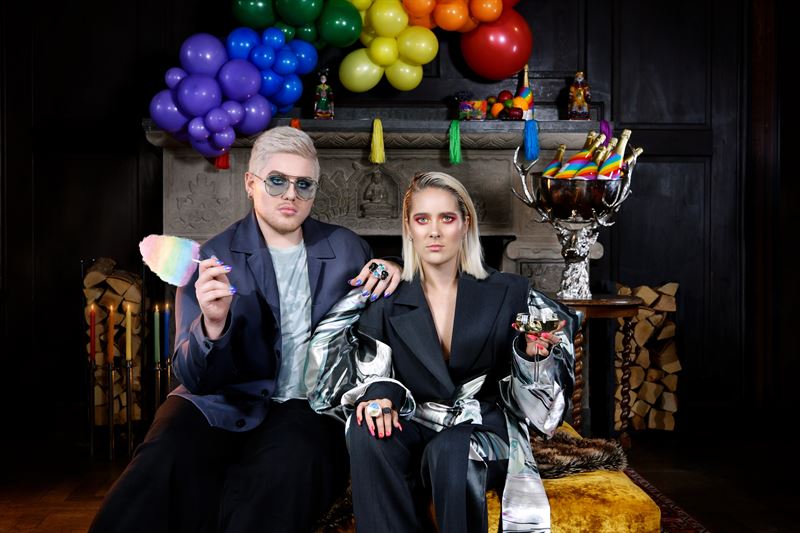 LEGACY premieres this weekend on Spotify and Apple Music and is about feeling proud about who we are and what we believe in, regardless of what other people think, and to pass that on to upcoming generations. The record labels behind the song is TGR Music Group and Sony Music Sweden.

– When our neighbouring countries in the EU are implementing laws that forbid “the spreading of information regarding gender-identity anomalies, sex-change and further information that can be seen as promoting homosexuality amongst young people”, our human rights and our democracy are both truly threatened. That is why the message in LEGACY is both current and important, says SYLVE and Julia.

– With this new worldwide song LEGACY, we want to inspire young LGBTQIA+ people and upcoming generations to be themselves, even if you don´t fit the norm. Hold your head high and ignore what other people think about you, says SYLVE and Julia.

– Usually people that define themselves within the LGBTQIA+ spectrum have at one point in their life felt the need to dull down or hide their identity, sexuality or expression. This song is about embracing everything that we are. Once you get the courage to show who you really are and open up to people, you will feel so much better, says SYLVE and Julia.

The Swedish popstar, singer and songwriter SYLVE streak of musical hits started last summer and just some week ago he released his autobiographical debut-EP, “Dö Lycklig”. The Swedish popstar, singer and songwriter Julia Alfrida competed in the “Swedish Eurovision song contest” Melodifestivalen with the song “Rich” earlier this year and has released several singles, the latest being GIRLS GIRLS GIRLS. SYLVE and Julia Alfrida have performances booked for LEGACY at venues such as Stockholm Pride on August 7th, World Pride in Copenhagen/Malmoe August 20th and West Pride in Gothenburg on October 2nd.

SYLVE and Julia first met at the music club "First Time" in Stockholm, where they both performed live for an exclusive audience, fall 2020, and later on at a livestream arranged by Stockholm Pride that was held spring 2020. It was then and there that they decided to collaborate and to write a pride-song together.

– LEGACY is the first and only song we have written together, but not the last! We have really found each other, both as friends and colleagues. We are going to perform at Stockholm Pride and at West Pride in Gothenburg, and we are really looking forward to being able to meet our wonderful audience. We are hoping that this song will find its way outside the Swedish borders, so that the important message about LGBTQIA+ will reach more countries, especially to countries where human rights are at stake, says SYLVE and Julia.

The Music Video LEGACY
– Last week we were filming a lavish and spectacular music video for LEGACY at Högberga Gård set at Lidingö, just outside of Stockholm. We are hoping that a lot of LGBTQIA+ will identify themselves with this video that premieres 5 august. Several of our friends are participating in the video, which is meant to be showing love, joy and compassion, says SYLVE and Julia Alfrida.

The music video has been made possible with the support and sponsorship of the main sponsor True Colours Cava and the sponsors; Högberga Gård (Luxury Hotel & Conference), LH Cosmetics, Högberga, Flygbussarna, Flying Tiger, Volkswagen, ZAEK STUDIO, Supreme Events, Heyparty, Swedish Wolf Nails and Yearwood PR & Productions Ltd. The music video will be released during Stockholm Pride on August 5th and is distributed by the record company TGR Music Group.

The location of the press photos and the music video is Högberga Gård - Luxury Hotel & Conference at Lidingö, Stockholm, Sweden. The make up for the press photos and music video is made of the well-known influencer and make-up artist Linda Hallberg, who has just over 970,000 followers on Instagram. In the set design we used ballons from Heyparty and decorations from Flying Tiger Copenhagen. The jewellery is from ZAEK STUDIO and IAOKU. The nail artist Lina Söderquist, Swedish Wolf Nails made SYLVE and Julias nails. Supreme events provided us with lights, sounds and effects. The photos where taken by the famous swedish photographer Maria Östlin. Production and set design by Marcus Årskog, Yearwood PR & Productions Ltd. The car in the music video is the new fully electric Volkswagen ID.4 - World Car of the Year 2021.

Companies interested in sponsoring the making of the music video LEGACY, please contact Yearwood PR & Productions Ltd. As a sponsor your company name will be featured in the credits of the music video, and also added to all press material. 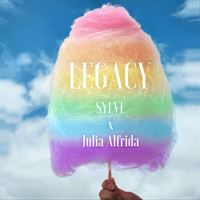