Technological development increases the efficiency and effectiveness of wind power 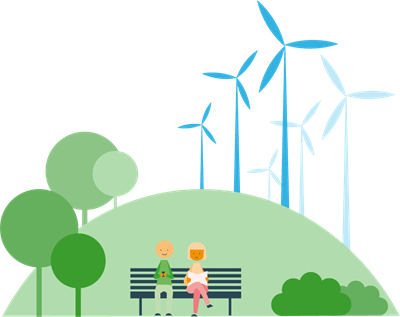 Vice President of Industry, Energy and Water Supply at YIT Mika Virtanen has high hopes. The wind is again picking up for wind power. Wind power projects that have progressed at a slower pace for some years are again starting to move forward. The reason for the re-initiation of the project is also clear: onshore wind farms are becoming more profitable also in Finland, thanks to technological development.

YIT started several wind farm projects more than six years ago. In recent years, the projects have been standing still due to changes in subsidy arrangements and feed-in tariffs. The construction of wind farms is now taking a step forward. For instance, the aim is to start the project in Lestijärvi this year, if possible.

“The production costs of wind power have been on the decline and, at the same time, we can see that the price of electricity is experiencing a moderate increase. This seems to be an equation the funding parties are interested in, which again means that we can kick off wind power projects,” explains Virtanen.

The development of material technology has been a prerequisite for producing wind power at more affordable production costs than before.

“The size of the turbines has grown, which translates as even better productivity,” summarises Virtanen.

A quantum leap has taken place during the past five years. While the hub height of the turbines was 100–120 metres in 2012, the turbines that are now constructed reach 150–160 metres. Simultaneously, the efficiency ratios of the turbine’s components have improved.

“In 2012, it was calculated that a turbine produces 10,000 MWh of electricity a year, but now the production has almost doubled,” explains Virtanen as an example.

“In Germany, wind power plants with turbines reaching up to 178 metres have already been built. Usually, the current heights of wind power plants are between 140 and 150 metres. It means that the blades of the plants can grow and collect wind from a larger area,” she says.

According to Anni Mikkonen, technology has progressed in leaps and bounds, in particular material technology. With the modern technology, it’s now possible to build longer blades that withstand the wind.

“Of course, we have also learnt how to build and maintain wind power plants even better. That, too, brings down the production costs,” she says.

Virtanen feels that the fierce competition between turbine manufacturers has led to the companies thinking how they could make wind power even more efficient and effective.

According to Anni Mikkonen, the same competition has led to lowering the noise levels of wind power plants.

“There has been plenty of discussion about it, and the turbine manufacturers have really invested in the noise level in their product development,” she says.

Optimism in the air

In Mikkonen’s opinion, Virtanen’s high hopes are justified. The wind power industry is picking up in Finland.

“I attended a wind power event in Vaasa and noticed how much optimism and interest we have in the field. I believe that in Finland, we are getting closer to the limit of being able to build wind power without government subsidies. Some instruments may still be required, but within a few years, some projects could move forwards.”

Virtanen feels it’s time for Finland to wake up.

“A lot of wind power is being constructed in Germany, Denmark and Sweden, among other places. Finland is behind in this. There is plenty of space for wind power in Finland, so I’m sure its share will grow,” believes Mika Virtanen.

YIT is the biggest construction company in Finland and a major player in Northern Europe. We construct and develop apartments, business premises and entire residential areas. Furthermore, we are specialists in infrastructure construction and paving. Together with our customers, our 10,000 professionals create increasingly functional, appealing and sustainable cities and living environments. We have operations in 11 countries: Finland, Russia, Scandinavian and Baltic countries, the Czech Republic, Slovakia and Poland. The new YIT was created by the merger of YIT Corporation and Lemminkäinen Corporation, both over 100 years old, on February 1, 2018. In 2017, our pro forma revenue amounted to over EUR 3.8 billion. YIT Corporation’s share is listed on Nasdaq Helsinki. www.yitgroup.com 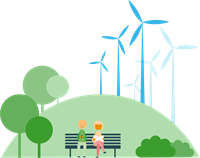