YIT is the largest Finnish and a significant North European development and construction company with a strong customer focus and clear mission to create better living environments. We develop and build functional homes for sustainable living, future-proof public and commercial buildings and infrastructure for smoother flow of people, businesses and society. We employ 7,400 professionals in ten countries: Finland, Russia, Sweden, Norway, Estonia, Latvia, Lithuania, the Czech Republic, Slovakia and Poland. Our revenue in 2020 was EUR 3.1 billion. YIT Corporation's share is listed on Nasdaq Helsinki Oy. www.yitgroup.com

Concern over climate change has increased among young people

YIT Corporation Press release November 25, 2021 at 9:00 a.m.The older generations seem to be less concerned than last year, the Sustainable Urban Environments barometer reveals. The residents of major Finnish cities are slightly more concerned about climate change than last year.This year, 72 per cent of the respondents are extremely, very or fairly concerned about climate change. Last year, the corresponding figure was 66 per cent and in 2019, it was 68 per cent.Among women, 80 per cent are very concerned, extremely concerned or fairly concerned, compared to 62 per cent among men.

YIT Corporation Investor news 19 November 2021 at 10:00 a.m.YIT commits to the Science Based Targets initiative (SBTi) to limit global warming to 1.5 degrees in line with the Paris Climate Agreement. YIT is the first Finnish construction company to formally commit and seek validation for its targets by the SBTi.  SBTi requires companies to reduce emissions both in its own operations and value chain. By committing to the SBTi, YIT strengthens its climate work and updates its current climate targets to be more comprehensive, also contributing to YIT's customers' emission reductions.

YIT Corporation News 1 November 2021, 1:00 p.m.A comprehensive construction project that started in 2019 is now complete and Scandic Hamburger Börs will open on 1 November.  When the planning started roughly four years ago, building owner LähiTapiola, construction company YIT and hotel operator Scandic were first thinking about renovating the market-facing building. In the end, however, it was decided to demolish the old building and construct a new building in its place. The hotel building, which was added to the old Börs in the 1970s, has now been demolished and replaced by a

YIT Corporation Press release 16 September 2021 at 09:00 a.m.YIT surveyed the attitudes of Finnish parents towards an empty nest. Many parents dread the thought of a quiet, empty house but also find they have more time for themselves and a better relationship with their children. The most common changes planned by parents include moving to a smaller home and renovating the family home. Among Finnish parents, 38% worry that they will suffer from empty nest syndrome when their children move out. In reality, only 25% of parents whose children have moved out report experiencing empty nest

YIT Corporation Press release September 9, 2021 at 9:00 a.m.YIT’s new policy, which exceeds the Finnish legislative requirements, increases the transparency in terms of employment and minimises the risks associated with various grey economy phenomena. YIT aims to ensure fair working conditions for all workers by specifying its practices concerning posted workers who are not from EU/EEA countries or Switzerland. Starting from 1 October  2021, new contract and subcontract agreements will require such posted workers to have a residence permit granting the right to work issued by the Finnish

YIT Corporation Investor news 2 September 2021 at 10:30 a.m.YIT and BTA Baltic Insurance Company AAS, representing Vienna Insurance Group, have agreed to establish a co-investment vehicle investing in rental apartments located in the Baltic countries. The total investment capacity of the vehicle is EUR 120 million. In connection, YIT has agreed on the sale of five rental apartment buildings in Tallinn, Riga and Vilnius to the co-investment vehicle with a value of EUR 65 million. The parties aim to invest the remaining investment capacity to YIT’s projects in the Baltic countries during the

YIT Corporation News 18 August 2021 at 09:00 a.m.Construction may appear to be a traditional industry, but many construction projects are constantly being designed and implemented to test new innovations and digital solutions that drive the industry forward. As a major operator and developer, YIT is often a key player in pilot projects combining and integrating the needs of different stakeholders. A random passer-by may not notice that new innovations and operating models are being tested on regular-looking construction sites today. YIT provides a favourable framework for many of these

What good did corona do for the construction industry?

YIT Corporation News August 5, 2021, at 09:00 a.m.Corona not only pushed the traditionally site-oriented construction industry to develop, it also offered great opportunities to create completely new practices and services. What changes did corona bring to YIT and what good practices will remain after the pandemic? When corona closed the world, the construction industry was also on the verge of something new. The COVID-19 pandemic forced YIT to take a huge leap, both digitally and in many practical areas, to work safely on construction sites and in offices and to sell new apartments 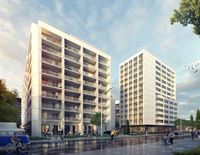 YIT Corporation Investor News 28 June 2021 at 09:00 a.m.YIT and NREP, the leading real estate investor and developer in the Nordic countries, have agreed on the construction of rental housing projects in Poland. The agreement concerns just over 1,000 apartments and its value is approximately EUR 100 million. The agreement will be added to the order book for the third quarter of 2021.  “Our strategic objective is to accelerate the development of multi-phase area projects by implementing some of the project phases as rental housing projects in cooperation with institutional investors.

YIT Corporation Press release June 21, 2021, at 12:00 p.m.After the completion of the site, the wind-themed work will become part of the Espoo Museum of Modern Art collection, andsome of it will be hung in the entrance halls of the residential buildings. The site fence of construction site Tuultenristi in central Tapiola is surrounded by illustrator Ilona Partanen’s artwork that depicts different winds. The site fence art project is a collaborative project between YIT and EMMA – Espoo Museum of Modern Art. The aim is to use visual art to brighten the day and to bring art to the newly

YIT Corporation Press Release June 16, 2021 at 08:00 a.m.YIT is considering a hybrid work model for its white-collar employees, which will become topical with the lifting of pandemic restrictions. Instead of pre-agreed strict guidelines, YIT's goal is to give teams and individuals the greatest possible freedom and power to decide on their own working methods within the common remote working framework.  The starting point for the autumn experiments is that the ratio of remote work and office work is about 50-50. This thinking is supported by surveys conducted both within the company and

Estonians and Russians want plenty of light and open spaces, whereas Czechs and Lithuanians value a garden - the range of living solutions is extensive around Europe

YIT CORPORATION Press release May 11, 2021, at 09:00 a.m.According to the Sustainable urban environments barometer, new apartments are little more sought-after than old apartments New and old apartments are a polarising question, as people have different hopes and dreams. As there are many forms of ideal housing, the range of living solutions is extensive in Finland and in other YIT countries. According to the Sustainable urban environments barometer*, commissioned by YIT in the autumn of 2020, new apartments are only a little more sought-after than old apartments; among respondents,

YIT to build a digital supply chain in cooperation with Carinafour

YIT CORPORATION Press Release May 4, 2021, at 09:00The Travel and Service Centre is an integral part of the Five-Star City Centre development programme in Tampere. Tampere city centre will be significantly reformed by 2030. Finnpark has selected YIT as its partner for developing and implementing the Tampere Travel and Service Centre owned by it. Companies will next begin to work on a functional concept for the area, which is situated in the address Rautatienkatu 25–27 in the heart of Tampere, as well as the related block and design solutions, which can be utilised in the zoning and

YIT is searching for a four-legged Neighbourly Guide 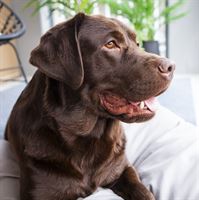 YIT CORPORATION Press release May 3, 2021, at 09:00 a.m.Neighbourly Dog Guide will be able to assess residential areas and YIT Homes from a dog’s perspective.Can you sniff out a dog-friendly home? Would you like to help other furry friends to make the most of their residential area? If the answer is yes, you have the potential to become the new Neighbourly Dog Guide of YIT. We are now accepting applications! Since the beginning of 2016, our Neighbourly Guides have assisted their fellow YIT Homes residents around Finland. They share experiences and answer questions about home ownership,

YIT CORPORATION News, April 22, 2021 at 09:00 a.m.The construction industry needs to reduce its environmental impact, and public investments in the promotion of wood construction are part of this development. YIT is constantly improving its competence in wood construction. The environmental impact of material selections requires additional investigations, but it is already clear that climate action should also be directed at reducing life cycle emissions. Wood construction is becoming increasingly popular, and policies concentrating on addressing climate change, both at governmental and

Balcony transforms from storage space to an extra room

YIT CORPORATION News April 12, 2021, at 09:00This spring’s balcony trends include decorating with plants and mixing and matching indoor and outdoor furniture, says Interior Designer Niina Ahonen. In the past few years, the balcony has become an increasingly important part of the home. The COVID-19 pandemic has boosted this trend even further, says Interior Designer Niina Ahonen from Stailia. “These days, people see their balconies as an extra room, decorating them to match the rest of the apartment. They are no longer used simply as a storage or ventilation space. This development has

YIT Corporation Investor News 31 March 2021 at 4:00 p.m.Regenero, a joint venture formed by YIT and HGR Property Partners, has today closed the property transaction concerning Keilalampi and the Keilaniemenranta pavilions in Espoo, Finland. The properties are part of a larger Keilaniemenranta area development project. The proceeds from the transaction will be recognised in YIT's result for the first quarter of 2021. The parties have agreed not to disclose the purchase price. The transaction is part of the sale of three properties to an international investor, which was announced by YIT

YIT Corporation Press Release March 15, 2021 at 6:30 a.m.YIT’s customer satisfaction (81.0) is the highest in the construction industry.The difference to the industry average (77.8) and to the construction company in second place (78.0) is clear. YIT has now placed in the survey’s top three for four years in a row. The results are from EPSI Rating’s Uudisasuntorakentaminen 2020 (Construction of new residential units) survey that the Confederation of Finnish Construction Industries RT and its largest members carry out annually. The survey measures how satisfied home buyers are with