The residents of the Moscow metropolis spend so much time at work and in traffic that they want their time at home to be as relaxing as possible. The frantic rhythm of life in Moscow also influences YIT’s housing design.

“Muscovites have no interest in solving unnecessary problems or conducting renovations on their homes. They value ease and convenience of living and being able to move to a new apartment without bringing a hammer and a drill,” says Alexey Kharitonov, Director of Sales and Marketing at YIT CityStroi.

YIT has responded to this need by building apartments that are carefully designed to maximise convenience.

“We have introduced Nordic housing design to Moscow. We use the most modern materials available on the market. Our buildings are pioneers in energy efficiency,” says Teemu Helppolainen, Head of Business Area Russia at YIT.

YIT’s energy-efficient materials and the use of smart heating distribution in homes gives residents the opportunity to monitor their consumption in real time. This saves money and reduces the load on the environment.

“People here spend much of their time at home in the kitchen. It has become a space that is not only used for cooking, but also for socialising. That is why many Muscovites want to combine the kitchen and the living room,” Kharitonov explains.

YIT has a long history of developing the cityscape

“A building must evoke positive emotions, blend into the surrounding architecture and maintain its appearance against the test of time,” Kharitonov says.

One example of this is the Zelenyj Bereg project, where YIT used thermal insulation rendering technology in the building’s exterior, with light granite as the surfacing material.

“The slabs have an excellent tolerance for temperature changes and their surfacing does not fade. The building’s facade will look good for a very long time,” Kharitonov adds.

YIT has a prestigious and extensive history of developing Moscow’s constantly changing cityscape. Its past accomplishments include the renovation of the landmark Hotel Metropol at the turn of the 1980s–1990s as well as the construction of new buildings for the Tretyakov Gallery and the Embassy of Japan, which is one of the world’s largest Japanese embassies.

In the 21st century, YIT has operated in Moscow for ten years. The first residential project was completed six years ago. YIT has only built individual buildings in Moscow thus far, all of which have been well-equipped Comfort or Business class properties. YIT’s residential area development projects have been located outside Moscow for the time being.

In a city of nearly 12 million inhabitants and long distances, the effectiveness of the traffic network is the primary consideration in urban development. The Moscow Metro is among the world’s largest, but cross-city traffic has traditionally been a challenge.

The situation has been improved by a ring railway that opened in autumn 2016 and is integrated with the metro network. Despite this progress, collapses of the traffic network and being stuck in a traffic jam, even in the early hours of the morning, remain commonplace.

The City of Moscow is currently working on a number of digital development projects. They include collecting data on the routes parents use to take their children to school. This will allow future schools to be built in appropriate locations in relation to traffic and housing.

“One of the main challenges faced by the City Government is making the urban environment a pleasant place to live. This is no easy task. In addition to building new metro stations, the city needs to reduce the load on the infrastructure. There is a need to create high-quality jobs where people live, along with good social infrastructure both in the city centre and on the outskirts,” Kharitonov explains.

YIT has a role to play in this development.

“In preparing our projects, we focus on the comprehensive development of residential areas. We create social infrastructure around our residential properties, including schools, day-care centres and business premises, all in line with the needs of the particular area,” Kharitonov concludes.

YIT has built a residential complex comprising two apartment buildings in the vicinity of Bitsevski natural park. The 10- and 15/17-storey buildings have 212 apartments in total. Bitsevski Park is Moscow’s second-largest protected natural park.

The property includes an underground car park as well as street-level parking for visitors. The apartments are customisable and their floor plans can be adapted to residents’ needs. The property is sold out.

This 12-storey building is located in northeastern Moscow, next to Losiny Ostrov National Park.

The building consists of 104 apartments with individual design solutions, such as large windows. Most of the apartments have windows on opposite walls. The property also has underground parking facilities. The outdoor areas feature playgrounds for children and greenery.

Holmogory won a special prize in Best Investment and Construction Project 2012, one of the most prestigious construction awards in Russia.

Moscow is the largest city in Europe

Established in 1147, today Moscow is home to nearly 12 million people.

The city is known for attractions such as Red Square, the ornamented Saint Basil’s Cathedral, Lenin’s Mausoleum and the Bolshoi Theatre.

“The name of Red Square is actually not related to the Soviet period at all. In Old Russian, red means beautiful,” Teemu Helppolainen points out.

The Moscow Metro is among the world’s largest.

Urban parks and green zones account for a third of the city’s total area.

There are five airports, of which Sheremetyevo is served by Finnair.

Another way to get from Helsinki to Moscow is the Tolstoy overnight train.

YIT creates better living environment by developing and constructing housing, business premises, infrastructure and entire areas. Our vision is to bring more life in sustainable cities. We want to focus on caring for customer, visionary urban development, passionate execution and inspiring leadership. Our growth engine is urban development involving partners. Our operating area covers Finland, Russia, the Baltic countries, the Czech Republic, Slovakia and Poland. In 2015, our revenue amounted to nearly EUR 1.7 billion, and we employ about 5,300 employees. Our share is listed on Nasdaq Helsinki. www.yitgroup.com 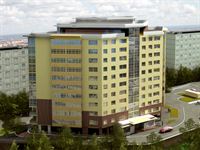 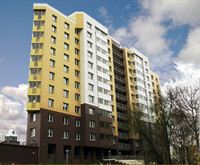