Founded in 1876, the Appalachian Mountain Club is America’s oldest conservation and recreation organization. With more than 100,000 members, advocates, and supporters in the Northeast and beyond, the nonprofit AMC promotes the protection, enjoyment, and understanding of the mountains, forests, waters, and trails of the Appalachian region. The AMC supports natural resource conservation while encouraging responsible recreation, based on the philosophy that successful, long-term conservation depends upon first-hand enjoyment of the natural environment.

Boston, MA – John D. Judge, a successful nonprofit and government leader, has been named President of the 136-year-old Appalachian Mountain Club  (AMC) following a nationwide search. The announcement was made today by Laurie Gabriel, Chair of AMC’s Board of Directors.Judge, 44, will become the fourth chief executive of the AMC effective February 1, 2012. He will succeed Andrew J. Falender, who is retiring after 23 years of successful leadership as AMC President.As President, Judge will oversee the nation’s oldest outdoor recreation and conservation

Enjoy the final weeks of summer after Labor Day with the Appalachian Mountain Club’s  (AMC) “Last Blast of Summer ” 30% off savings at its Joe Dodge Lodge , located at the base of Mt. Washington in New Hampshire’s White Mountains. With this special deal, offered September 7 – 20, including weekends, adult rates at Joe Dodge Lodge are as low as $45 per night for stays of two or more nights. A freshly prepared, 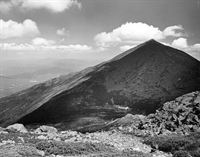