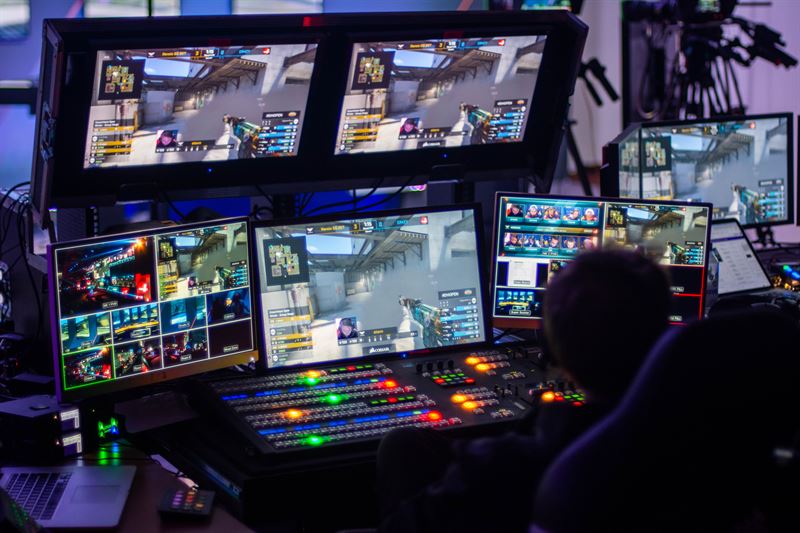 STOCKHOLM/COLOGNE — DreamHack, the premier gaming lifestyle festival, and ESL, the world’s largest esports company, today announced a three-year deal with Twitch, the leading service and community for multiplayer entertainment. The agreement will see some of the biggest esports tournaments organized by ESL and DreamHack live streamed to the service exclusively on Twitch in 2021 and 2022*.

The deal announcement confirms Twitch as the global digital media partner of major ESL and DreamHack competitions on a non-exclusive basis in 2020, before acquiring exclusivity of English language digital live streaming of major events in 2021 and 2022. As part of the deal, all tournaments streamed in English within ESL Pro Tour for CS:GO and StarCraft II & Warcraft III, including the ESL Pro League, ESL One, Intel® Extreme Masters, DreamHack Masters, DreamHack Open, ESL National Championships, will be exclusively on Twitch in 2021 and 2022.

“ESL and Twitch have been key players in the history of esports as we know it,” said Benjamin Vallat, SVP of Alliances and Corporate Development at Twitch. “The continuation of our partnership will strengthen not only the content offerings for fans, but also the greater esports community that ESL, Dreamhack, and Twitch have cultivated over the years.

”As part of the partnership, Twitch will become a centralised hub for streaming ESL and DreamHack competitions. The company will work directly with ESL and DreamHack to coordinate broadcast integrations and maximise sponsorships of some of the biggest esports tournaments going forward.

Frank Uddo, Senior Vice President, Global Media at ESL, said, “Live-streaming esports has belonged to Twitch in recent years. As we continue to host some of the world’s largest esports tournaments, it feels only natural to work even closer with Twitch to provide the best gaming experience for fans, as well as safeguard the future of the esports industry.”

DreamHack Co-CEO Roger Lodewick commented: “This partnership is a milestone for DreamHack, both as a company and community. Our cooperation with Twitch dates back to 2009 when it was still Justin.tv — this new collective media partnership is re-confirming our long-standing collaboration and highlights the importance and relevance Twitch has to our community, as well as the value the ESL/DreamHack esports content brings to the global Twitch audience.”

* Some exceptions apply with regard to certain areas of the world and the digital platforms of linear television broadcast partners.

Launched in 2011, Twitch is a global community that comes together each day to create multiplayer entertainment: unique, live, unpredictable experiences created by the interactions of millions. It brings the joy of co-op to everything, from casual gaming and world-class esports to anime marathons, music, and art streams. Twitch also hosts TwitchCon, the biggest community event of the year, where tens of thousands of people come together to celebrate and connect with others who share their interests and passions. We’re always live at Twitch. Stay up to date on all things Twitch on Twitter and on our Blog.

ESL is the world’s largest esports company. Founded in 2000, ESL has been shaping the industry across the most popular video games with numerous online and offline esports competitions. The company operates high profile, branded international leagues and tournaments under the ESL Pro Tour including ESL One, Intel® Extreme Masters,  ESL Pro League, and other premier stadium-size tournaments, to more clearly define the path from zero to hero. ESL also produces the ESL National Championships, grassroots amateur cups, and matchmaking systems, creating a world where everybody can be somebody. With offices all over the world, ESL is leading esports innovation on a global scale through the combination of global ESL competitions, amateur leagues, publisher activations, and more. ESL is a part of MTG, the leading international digital entertainment group. About.eslgaming.com