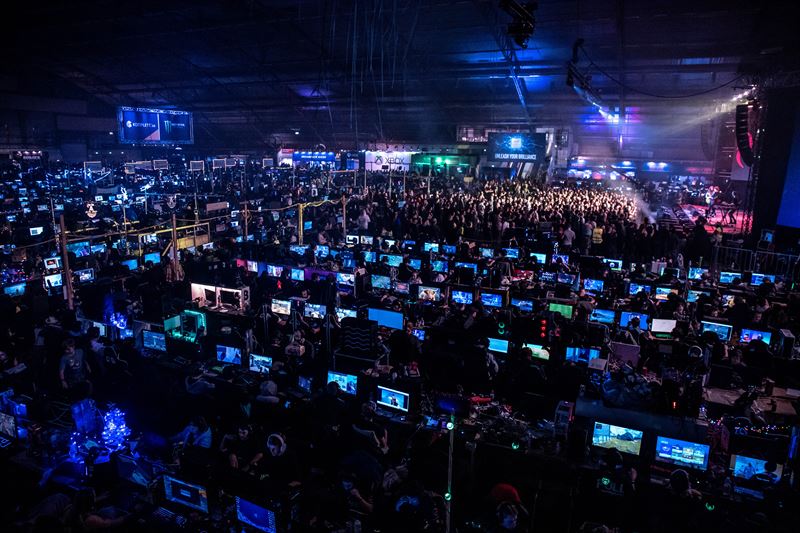 STOCKHOLM — Today, Monday, December 9, 2019, DreamHack marks its 25th anniversary with “DreamHack Day” — a celebration of the festival’s early beginnings in 1994. What started as a gathering of friends and their computers in a school cafeteria — with no online access — has grown into a beacon of internet culture and a gathering place for gamers worldwide featuring everything gaming under one roof. DreamHack is now the premiere gaming lifestyle festival. 2020 Announcement Video Here 2020 Schedule Here

While the anniversary was celebrated at DreamHack Winter 2019, the celebration will continue into 2020 to honor the many partners and cities that have been a part of DreamHack’s history. Some of DreamHack’s hallmark events over the last 25 years have included:

“DreamHack Day” always offers a time to reflect on the company’s past, present and future, but it also is a day to officially announce the 2020 world tour schedule. In 2020, DreamHack will host 11 three-day, non-stop festivals in 10 major cities, including its U.S. West coast debut in Anaheim, CA. Additional locations include Leipzig, Germany; Dallas, TX, USA; Valencia and Sevilla, Spain; Montreal, Canada; Rotterdam, Netherlands; Hyderabad, India; Atlanta, Georgia, USA; and DreamHack Summer and Winter in Jönköping, Sweden.

“We are extremely proud to celebrate 25 years of DreamHack on this DreamHack Day, December 9, 2019,” said Marcus Lindmark, Co-CEO at DreamHack. “DreamHack has been on an incredible journey during all these years and for the last five we’ve been able to bring the full-on DreamHack experience to millions of visitors and viewers alike, all over the world. We now look forward to another 25 years of DreamHack festivals, bringing everything gaming under one roof to our fans.”

He continued: “Next year’s festival lineup is very exciting and we can’t wait to show everybody what we have planned at these 11 stops spread across three continents and seven countries. Fueled by the 25th anniversary, next year is sure to be one for the history books.”

2019 was a tremendous year of growth for DreamHack, including first-ever events in Dallas, TX, U.S.A.; Rotterdam, Netherlands; and Rio de Janeiro, Brazil.  DreamHack also introduced an array of new festival experiences while also solidifying its position as the market leader in multi-titled esports competitions. The festival experience will continue to innovate and improve the experience for both attendees and fans alike.

Read more about the events at dreamhack.com

Since its humble beginnings 25 years ago, DreamHack has grown into a global esports and digital gaming phenomenon. In 2018, DreamHack welcomed more than 350,000 visitors to its live events, and its online esports broadcasts received hundreds of millions of views. The collective prize pool for all DreamHack events during this past year exceeded 5,5 million dollars. And what's more, is DreamHack saw impressive growth in total visitors for several of its festivals, including DreamHack Sevilla (+110%), DreamHack Valencia (+25%) and DreamHack Atlanta (+17%) and DreamHack Leipzig (+11%).

With esports viewership rapidly accelerating, and esports industry revenue expected to reach $1.1 billion by the end of 2019. DreamHack continues to both support and be a part of the growth of the industry. Stay tuned as new developments are released throughout 2020.

In March 2019, DreamHack had the honor to host its second Dota 2 DPC Major as CORSAIR DreamLeague Season 11 was played in Stockholm, Sweden, with playoffs held at the Annexet arena. The Stockholm Major gathered some of the world’s top Dota 2 players to compete for the $1,000,000 prize pool and all-important DPC points. The event was sold out the whole weekend and it sure did deliver world-class Dota 2 action.

Equality is important which is why DreamHack presented the DreamHack Showdown, an all-women CS:GO tournament built with the same professional structure as DreamHack Open. Not only did the tournament, with finals at DreamHack Valencia, feature a $100,000 prize pool but everything around it, from production and content creation to player care was kept at a world-class level. The winner’s of the tournament, Beşiktaş Esports, also claimed a spot at DreamHack Open Rotterdam.

In late May 2019, DreamHack held the first-ever festival in Dallas, TX. Built on the experience from previous events in Austin, TX, and with a packed schedule, DreamHack Dallas turned out to be a great success setting a new record in attendance for DreamHack events in the U.S. Besides all of the regular festival components, Dallas also hosted the first DreamHack Masters of 2019, making it the first time that a DreamHack festival and DreamHack Masters were paired together.

In early September, DreamHack and ESL announced the ESL Pro Tour. A new tournament ecosystem for Counter-Strike: Global Offensive, bringing DreamHack and ESL tournaments together to create a long-term and complete, zero-to-hero narrative, thus maintaining a strong and vibrant competitive CS:GO scene for years to come.

DreamHack Winter in Jönköping, Sweden, is one of the original DreamHack festivals. What better place could there be to celebrate DreamHack’s 25th anniversary. With the BYOC selling out and a record breaking number of partners in the expo, which is the biggest gaming expo in the Nordics, it was sure to be a great festival. Top that off with a plethora of activities and live music acts that filled the floor in front of the main stage. DreamHack’s 25th anniversary celebration at DreamHack Winter really showed what the phrase “World of gamers. Community of friends.” means.