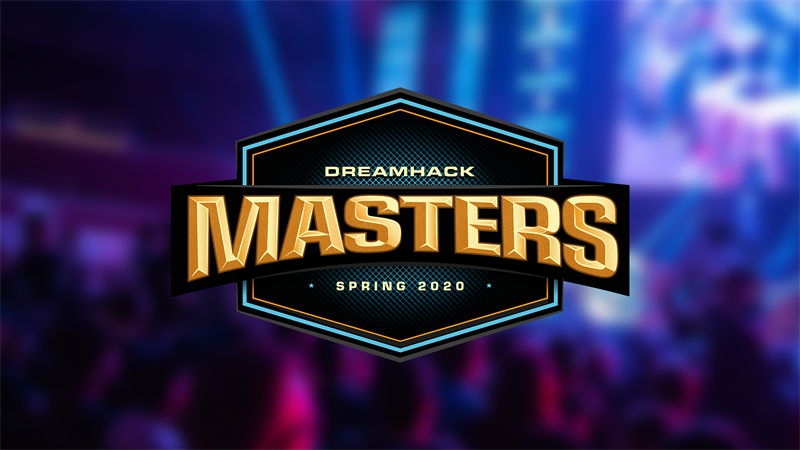 STOCKHOLM — DreamHack today announced that, due to the ongoing health and safety concerns in the world, and the interest of the safety and health of our players and staff, DreamHack Masters has been rescheduled and will move to an online format to fulfill our promise of bringing the Counter-Strike: Global Offensive (CS:GO) community the world's best CS:GO action.
DreamHack Masters Spring will be split into two time periods:

“While not being able to compete on LAN is unfortunate, we’ve developed a structure to support teams, players and fans around the world. We look forward to a great competition, showing that the world of esports goes on as we're quick to adapt and find solutions for this new reality. Although it is unfortunate that DreamHack Masters won't take place at Kinnarps Arena in Jönköping, we are happy that we can still bring the CS:GO community, and anyone else longing for great entertainment, a top-tier championship with the best teams in the world — making for an action-packed spring for the fans online.

Invited and confirmed teams to date include:


DreamHack Masters Spring is a part of the ESL Pro Tour and the last tournament awarding points towards the next Masters Championship, ESL One Cologne.

dreamhack.com/masters with more updates to come.

The ESL Pro Tour combines multiple, previously unconnected ESL and DreamHack tournaments from various game titles into dedicated circuits that build toward grand championships each year. The collaboration aims to create a more complete path from “zero to hero” for aspiring players, a more compelling story to follow for existing CS:GO, StarCraft II and WarCraft III fans, and a more transparent structure for new esports fans.