DreamHack takes over as organizer of the UKLC for Spring 2020

STOCKHOLM — DreamHack, in partnership with Riot Games, today announced the return of the Nordic Championship for Spring 2020. Nordic Championship is the top League of Legends league in the Nordics, featuring six weeks of league play followed by playoffs and is open for players from the five Nordic countries. Furthermore; DreamHack is taking over as the organizer of the UK League Championship, starting Spring 2020. The UKLC 2020 Spring Split will feature eight teams and a £60,000 prize pool.

“DreamHack and Riot Games have been partners for many years, and we are avid fans of League of Legends,” said Marcus Lindmark, Co-CEO of DreamHack, “We are very excited to continue to support League of Legends through the Nordic Championship, as well as expanding to running the UKLC in spring. For the Summer Split and beyond our ambitions are even bigger and we are excited to share more details in 2020.”

“We’re really happy to be expanding our work with DreamHack,” said Mo Fadl, Head of Publishing for Riot in the  Nordics. “We’ve been working hard with their talented team to level up the regional league for League of Legends in the Nordics in time for the Spring Split. We’ll also be drawing on DreamHack’s expertise to operate the UKLC over the course of the Spring Split. UKLC  is a longer term project and we’re looking to roll out the new-look ecosystem for the Summer Split.”

DreamHack and Riot Games are cooperating closely and working towards creating a more robust regional system to support the Nordic market. More details will be released regarding the Summer Split in March 2020, with information on the future of the UKLC also coming in Q1 2020.

Stay tuned at dreamhack.com/lol and follow DreamHack on twitter.com/dreamhacklol for the latest updates.

ABOUT RIOT GAMES
Riot Games was founded in 2006 to develop, publish, and support the most player-focused games in the world. In 2009, Riot released its debut title, League of Legends, to worldwide acclaim. League has gone on to be the most-played PC game in the world and a key driver of the explosive growth of esports.

As League enters its second decade, Riot continues to evolve the game while delivering new experiences to players with Legends of Runeterra and multiple work-in-progress titles, while exploring the world of Runeterra through multimedia projects across music, comic books, and more.

Founded by Brandon Beck and Marc Merrill, Riot is headquartered in Los Angeles, California, and has 2,500+ Rioters in 20+ offices worldwide. 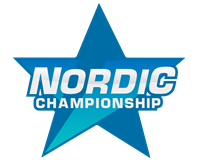