Double up victory for Fazer in Culinary World Cup 2018! 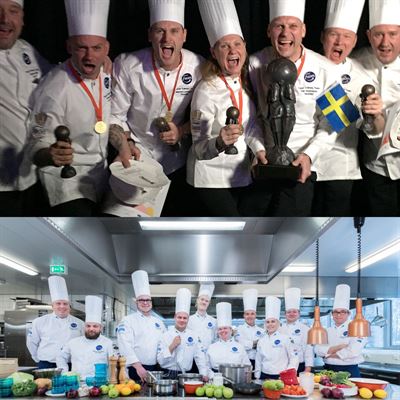 The Culinary World Cup is a world championship held every four years with teams from Asia, the United States and many European countries.

This year´s theme was in the spirit of a sustainable no waste menu, a topic already very close to our Fazer heart and a part of our daily work with serving more than 500 000 lunches daily.

The battle on food waste is an important one. Around one-third of the food produced worldwide for human consumption is wasted annually.

The competition’s Catering category included a record number of competing teams. After a tight qualifying round, 15 teams were accepted into the actual competition. The task in the competition was to prepare a nourishing lunch for 150 people in five hours. The lunch included a salad bar, soup, three main courses, four side dishes and dessert. The five judges evaluated all the different factors that made up the overall performance: the taste and presentation of the food, the preparation process, the roles of the kitchen team and the collaboration between them, the nutritional quality of the food, and of course how well the assigned theme was taken into account in the menu and the team’s working methods.

-This victory is really a receipt on that we have world class top chefs. We always strive to show that we have the best lunch chefs, being world wide champions once again is something that we can live on for a long time! Says Juanita Conway, Head of Gastronomy, Fazer Food Services Sweden.

-I’m really proud of the team and our success in the Culinary World Cup. Every single member of the team did a great job in developing the menus and preparing for the competition. Although we were naturally aiming for gold, silver is certainly something to be proud of in a competition of this calibre, and it’s great to see how well the Nordic countries did overall. We’re going to have a short rest now, and after that we’ll be setting our sights on the Stuttgart Culinary Olympics in 2020, says Fazer Culinary Team Finland member Antti Tynkkynen.

The world-class culinary skills were performed by Fazer Food Services chefs from:

Fazer is an International family-owned company offering quality bakery, confectionery, biscuit and grain products, plant-based meals, non-dairy products, on-the-go food & drinks as well as food and café services. Fazer’s mission is Food with a Purpose. The Group operates in eight countries and exports to around 40 countries. Fazer’s success, ever since its establishment in 1891, has been based on the best product and service quality, beloved brands, the passion of its skilful people and the Group’s responsible ways of working. In 2017, Fazer Group had net sales of 1.6 billion euros and nearly 15,000 employees. Fazer’s operations comply with ethical principles that are based on the Group’s values and the UN Global Compact. 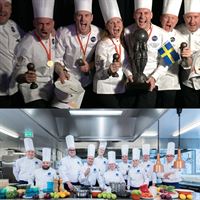