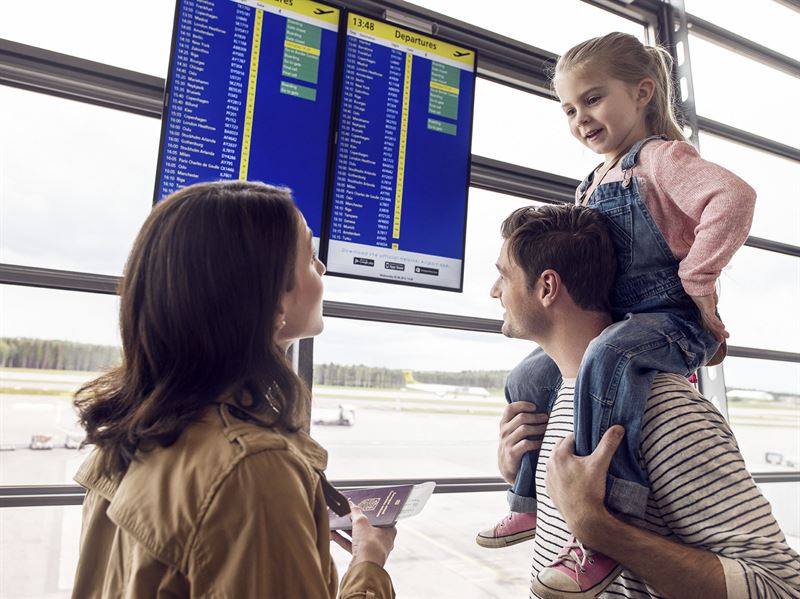 In 2017, the Finnish airport company Finavia served nearly 22.7 million passengers at its 21 airports. Helsinki Airport, the largest airport in Finland, broke its record with nearly 19 million passengers in a year. The Lapland airports in Northern Finland achieved their milestone of one million air passengers earlier in the year than ever before.

For the entire country, the passenger numbers increased by 10.8% in December and a total of 9.2% in 2017. The growth reflects the excellent year of the Finnish airline Finnair, the allure of Finland and the increasingly important status of Helsinki Airport as a hub in the European air traffic for Asian passengers.

According to statistics, Helsinki Airport served a total of more than 18.9 million passengers in 2017. The passenger number of the largest airport in Finland increased by a total of 9.9% in one year and that of international air traffic by 11.4%.

- We are discussing new routes, added flights and the use of larger aircraft with a number of airlines. Finland is currently quite an attractive destination, and when the overall capacity of many airlines in terms of offered passenger-kilometres has increased, it is reflected in our figures. In 2017, we also welcomed three new airlines who started operating at Helsinki Airport, says Sundelin.

- Finnish Lapland is an increasingly popular destination. Passengers on chartered and scheduled flights as well as international celebrities and other private plane users wish to experience the magic of Lapland and visit its most famous resident, Santa Claus. A number of our airports in Lapland saw record-breaking figures in 2017. Rovaniemi Airport, the Santa's official airport, for example, served more than 570,000 passengers. Just like last year, this winter is becoming extremely successful in terms of passenger numbers in Northern Finland, predicts Sundelin.

- As the number of passengers on international, scheduled flights from EU countries in Finland increased in one year by 9.7% and from other European countries by 13.4%, the growth rate from the rest of the world, according to our statistics, was 20%. This was particularly influenced by a new airline, new airline routes and added capacity. In 2016, there were only about 20,000 passengers from Qatar, for example, but last year, the number increased to more than 100,000. Passengers from Japan outnumbered those from, for example, the Netherlands, France or Italy, and passengers from China outnumbered those from Russia, says Sundelin.

Helsinki Airport is a vital hub in the air traffic of Northern Europe, especially for Asian passengers. In 2017, the number of transit passengers at Helsinki Airport increased by 17.6%. The growth was particularly strong during the last six month of the year, reaching a difference of up to 25% to the corresponding period of the previous year at a monthly level.

The financial performance data of Finavia from 2017 will be published at the beginning of March.