Gen Z/Tiktok slang & expressions you need to know in 2021 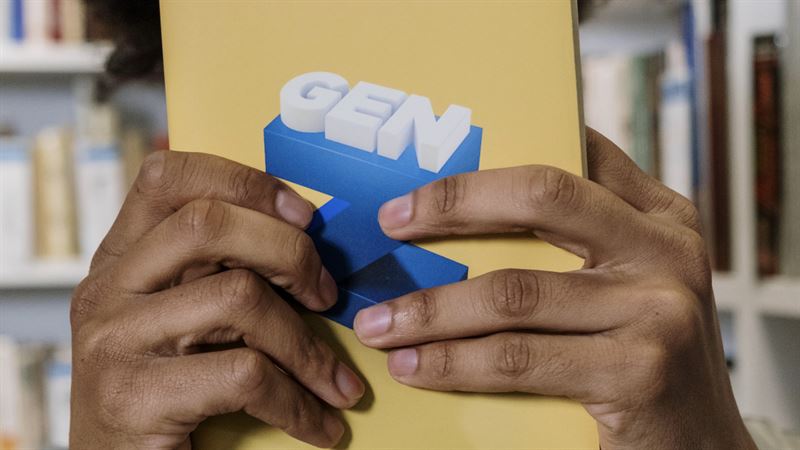 In 2021, many brands are targeting Gen Z, aka. the Tiktok generation, who are known for valuing transparency and authenticity. They prefer brands that have a personal touch and don't appear as stuck up and corporate. An easy way to reach them and gain their trust is by understanding and using the lingo. Don't be afraid to include Gen Z slang in your marketing!

You guys loved the slang article we published last year, so of course we wanted to give you an updated 2021 version. If you haven’t read our 2020 guide to Gen Z slang, click here to read that first – the slang in this article is complementary to last year’s edition (most 2020 slang is still in use). How many of these do you already know? ⬇️

👉👈 = The pointing finger emojis facing each other means that you’re (feeling) shy, kind of like what this emoji: 🥺 (at least in some scenarios) portrays, which it also be accompanied by.
Example: “I think you’re really cute 👉👈”

✍️ = The handwriting emoji means that you’re listening and taking (mental) notes, or that you want to/are going to take the advice. The emoji can be used on its own, but it is often used multiple times in one sentence, between each word.
Example: *a post showing how dogs can improve mental health* “✍️ get ✍️ a ✍️ dog ✍️”

🎣 = Fishing for compliments/validation.
Example: *a post where someone obviously tries hard to look good but the caption is self deprecating* “🎣🎣🎣”

✨ … ✨ = Putting the sparkle emoji around one or more words puts emphasis on it, often ironically.
Example: “✨ Fantastic ✨”

🧢/cap = A lie, not true. 2020’s “no cap = no lie” has transformed into dropping the “no” and just saying cap when calling out something as untrue. Can be combined or used on their own.
Example: *a post where someone is lying for dramatic effect* “Cap 🧢”

💀/dead = Basically the new “lol” or “😂” – a short reaction to show that you think something is funny. Can be combined or used on their own.
Example: *a funny post* “I’m dead 💀”

Heather = The perfect girl that everyone either wants or wants to be, inspired by artist Conan Gray’s song “Heather”.
Example: ”I wish I were Heather” or ”She’s the Heather of our friend group.”

It’s the … for me = Making a remark on a detail that you either like or dislike. Can be used in both a positive or negative connotation, but is most often used negatively.
Example: “I don’t like him. It’s the mustache for me.” or “I love Harry Styles.” “Me too! It’s the non-toxic masculinity for me.”

Iykyk = Short if you know, you know. Often used in reference to inside jokes or to make others feel left out.
Example: “Last weekend was so much fun. Iykyk.”

Karen = A middle aged white woman who acts very entitled, is often racist and anti-vax (vaccinations), gives unsolicited advice from a privileged standpoint and is condescending to everyone around her. Also, everything is an inconvenience to her and she is always complaining about something. Obviously, negative connotation.
Example: “That Karen just made the cashier cry.”

Live rent free in one’s mind = Something that you think about a lot.
Example: “That video lives rent free in my mind.”

Main character = Teenagers are encouraging each other to romanticize and idolize themselves as the main character of their own lives the way we all do with main characters in books, movies and tv series.
Example: “Blasting music and dancing in your bedroom alone gives me such main character vibes.”

Mutuals = When two people follow each other on social media, which can turn into Internet friendship and sometimes even real friendship.
Example: “I’m a leo and I love plants too! Let’s be mutuals.”

Not me … = Admitting to something embarrassing.
Example: “Not me on my way to Starbucks for the third time today.”

Periodt = Emphasizing the end of a statement.
Example: “That’s the way it is, periodt.”

Pick me girl = A girl who tries to impress others by being different or quirky. Negative connotation.
Example: “She’s such a pick me girl.”

Rona/Miss Rona = Short for Coronavirus. A less dramatic name to take some of the anxiety out of talking about it.
Example: “I was going to go to a festival this summer, but then, you know, Miss Rona came around.”

Simp = A guy who puts women on pedestals/is overly desperate for their attention. Negative connotation. Can also be used ironically to say that you like a celebrity (or other unattainable person) a lot and would do anything for them.
Example 1: “He’s such a simp, I would never date him.”
Example 2: “I’m simping hard over Ryan Gosling.”

To unalive = As morbid as it is, it means to die, usually by commiting suicide. This started being used as the popular video platform Tiktok has a strict ban on many words, including words surrounding death. Often used in a serious but lighthearted context.
Example: “When I was 14 I tried to unalive.”

Bonus: When someone, almost always a guy, puts a towel or a t-shirt on their head, they’re roleplaying as a girl. Tiktok is full of sketches and skits, so if you see a video of someone with a towel or t-shirt on his head, they’re telling their audience that that character is a girl.

Bonus #2: As of 2021, Gen Z has declared war on some of many Millennials’ favorite things: side parts, the laughing emoji 😂, and skinny jeans. If you want Gen Z’s approval, stay away from all of those.

Lastly, a RIP to the fallen slang of last year:

Psst... Another way to create authenticity of your brand is to utilize user generated content (UGC), which Flowbox just happens to be experts of :-) Click here to find out more about us and how we can help your brand connect with your customers.