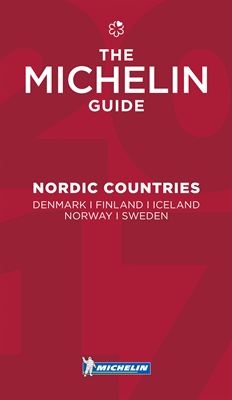 For the first time, Michelin has awarded One Star to a restaurant in Reykjavik and the Faroe Islands

Michelin today unveiled the new selection of the MICHELIN guide Nordic Countries 2017, which lists a total of 274 restaurants located in Denmark, Sweden, Norway, Finland and for the very first time also Iceland and the Faroe Islands.

“We are particularly pleased to develop our selection into the outer regions of the Nordic Countries and to continue our expansion with the inclusion of Iceland and the Faroe Islands” commented Michael Ellis, International Director in charge of the MICHELIN guides. “Our inspectors were pleased to discover the quality of Reykjavik’s culinary scene and to award Dill the very first star for Iceland. They were also impressed with the chef’s use of indigenous ingredients and traditional techniques like smoking and salting at KOKS in the newly listed Faroe Islands, which also receives a Michelin Star”.

As well as its new Two Star, this year Denmark boasts five new one-star restaurants: 108 in Copenhagen; Domestic in Aarhus; Ti Trin Ned in Fredericia, on the Eastern part of the Jutland Peninsula, and Slotskøkkenet at Dragsholm Slot in the market town of Hørve together with KOKS in the Faroe Islands that also receives a Michelin Star.

In Sweden, Imouto in Stockholm and Sture in Malmö pick up One Star, while in Norway, new One Star restaurant Sabi Omakase joins existing Star RE-NAA to bring Stavanger’s total to two Starred restaurants.

Michelin also unveiled the list of restaurants that have received a Bib Gourmand, an award given by the inspectors to establishments offering good quality good value cooking. This award, which is experiencing growing success worldwide, is popular with restaurateurs and the general public because it rewards well-made, local, and inexpensive cuisine. This year it has been newly awarded to Anarki in Copenhagen, Matur og Drykkur in Reykjavik, and Cirkus at More Bistro and Namu in Malmö. This brings the total number of restaurants awarded Bib Gourmand for 2017 to 33.

For the full list of Starred restaurants in the Nordic region please see the separate MICHELIN Nordic guide Award List 2017.

The MICHELIN guide selects the best restaurants and hotels in the 28 countries it covers. Providing a showcase of gourmet dining around the world, it highlights the culinary dynamism of a country, as well as new trends and emerging young chefs. Creating value for restaurants through the distinctions that it attributes each year, the MICHELIN guide contributes to the prestige of the local gastronomy, thereby making cities and countries more attractive to tourists.  Backed by its rigorous selection method and longstanding knowledge of the hospitality industry, the MICHELIN guide provides customers with unique expertise that enables it to offer them a true quality service.

The different selections are available in both print and digital versions. They are accessible via the Web and on a full range of mobile media that offer navigation capabilities adapted to individual usage as well as an on-line booking service.

With the MICHELIN guide, the Group continues to support million of travelers, allowing them to live a unique mobility experience.