Travel to Antarctica Faster in 2017/2018 with Quark Expeditions®

Enjoy Incredible Early Booking Offers and Introducing Island Sky, the new Premium, All-inclusive Ship Quark Expeditions ®, the leader in adventures to the Polar Regions, is pleased to announce the largest-ever portfolio of its popular Fly/Cruise programme, offering explorers the thrill of Antarctica in as little as seven days.  On offer for the 2017.18 season are 11 Fly The Drake itineraries  on two different small ice-class vessels. Quark has added the ship Island Sky to

Polar Adventure Itineraries on sale for 2017; Best Early Booking Bonus EverQuark Expeditions ®,  the leading provider of expeditions to the Polar Regions, announces the roll out of its greatest arctic season of all time. Two new itineraries and the exciting relaunch of passenger-favourite, small expedition ship Sea Adventurer mark the occasion. As part of this announcement, passengers booking a 2017 arctic expedition will also enjoy the most multi-faceted 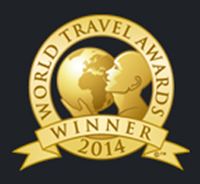 Prestigious World Travel Awards™ Honors QuarkQuark Expeditions® is thrilled to be granted the 2014 World’s Leading Specialist Cruise Line Award at the World Travel Awards™ Grand Final Gala Ceremony on December 7 in Anguilla, the Lesser Antilles. The award ceremony is widely regarded as the “Oscars of the Travel Industry.” The esteemed World Travel Awards™ recognises and rewards excellence in the global hospitality, travel and tourism sectors, and are considered a benchmark of tourism excellence. The awards are presented across three tiers; Country, Regional and World, with the latter

Quark Expeditions® launches new loyalty program for travelersQuark Expeditions ®, the polar expedition leader announces the launch of a new rewards program to honor its loyal travellers beginning in November 2014 to coincide with the Antarctic 2014/15 season. “In late 2013, we polled our loyal past passengers to understand what benefits they would most value in a rewards program,” said Hans Lagerweij, president of Quark Expeditions®. “We listened to what our passengers told us and designed The Shackleton Club to deliver the benefits that matter most to

Ocean Endeavour to be Only Health and Wellness-Focused Adventure Ship in AntarcticaQuark Expeditions ®, the polar expedition leader announces the addition of a third small expedition ship to its Antarctic fleet. The 199-passenger Ocean Endeavour will replace the Sea Spirit during the 2015/16 Antarctic season. Quark offers a greater choice of vessels and number of voyages to Antarctica than any other operator. Following a million-dollar makeover, Ocean Endeavour  will be ready to set sail for 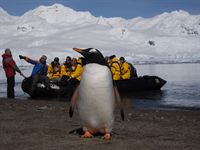 Leader in Polar Adventures Adds Fly/Cruise to Falklands & South Georgia to Expedition Line-UpPolar travel experts Quark Expeditions®  has released their 2015/16 Antarctic voyages line up, with expeditions tailored to accommodate travellers of all fitness levels, interest groups and even those with time constraints. Returning passengers will be delighted to find the same great Quark Expeditions® itineraries offered for the 2015/16 cruise season, plus an additional fly-cruise itinerary enabling those with limited schedules to see the Antarctic as well as

Quark Expeditions® Encourages Travellers to Lower Carbon FootprintQuark Expeditions® , the leader in polar adventures, announces another addition to the company’s long list of polar “firsts.” Passengers can now select to pay a nominal fee to offset their flights to the Polar Regions. In collaboration with the CarbonNeutral® Company in the UK, Quark Expeditions® now offers passengers a pay-as-you-fly carbon offsetting  program for international and domestic flights. Carbon dioxide emissions from

Quark Expeditions ®, the leader in polar adventures, has introduced in its 2015 Arctic expedition line-up, their first-ever land-based adventure. Quark, in partnership with Arctic Watch Wilderness Lodge, will offer Arctic Watch Lodge: Adventure and Wildlife at 74°N , a week-long adventure camp experience beginning June 30 and running for six weeks through August 12, 2015. With a maximum occupancy of 26 guests per departure, it will be Quark’s most intimate Arctic program as

Quark Expeditions® Announces 50 Years of Victory’s Retirement and Final North Pole VoyagesQuark Expeditions ®, the leader in polar adventures, announces the ship 50 Years of Victory will retire as an expedition vessel after the 2015 Arctic season. This ‘End of an Era’ will be marked by Quark with three final voyages to the North Pole departing in June 2015. “It is with great reluctance that we announce the retirement of Victory as a passenger expedition vessel in 2015. Victory has become part of the Quark Expeditions’ family,” said Hans Lagerweij,

Leader in Polar Travel launches Five New Itineraries in 2015 Arctic Line-upIncredible wildlife, legendary routes, ice-filled fjords, culture and history all feature prominently in Quark Expeditions ®’ Arctic 2015 expedition line-up. The leader in Polar adventures will begin its Arctic season May 28, 2015, at the onset of the Arctic summer, on three ice-strengthened small expedition ships. In addition to the five new itineraries, Quark’s season will also feature their popular Arctic Svalbard voyages in a variety of lengths, Greenland and Canadian High

Quark Officially Recognised as the Industry Leader in Polar ExpeditionQuark Expeditions®, the leader in polar adventures, was officially recognised for its trailblazing Polar expeditions. Announced recently, at the awards ceremony in Doha, Qatar, Quark received the award as the “World’s Leading Polar Expedition Operator” from the World Travel Awards, known as the “Oscars of the Travel Industry.”“Over the past year, Quark has received a number of accolades which showcase our best-in-class Polar expeditions and our commitment to excellence,” said Hans Lagerweij, president of Quark 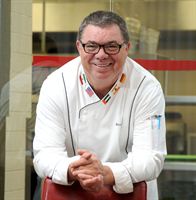 Plunge into a virtual Arctic or Antarctica ExpeditionQuark Expeditions , the leader in polar adventures, today launched the expedition cruise industry’s most immersive and comprehensive new website promoting expedition travel in the Arctic and Antarctica. www.quarkexpeditions.com Quark Expeditions  will not only provide global travellers with essential information on every aspect of planning travel to these emerging destinations, it will also be the only website in Polar expedition cruising to provide the best user

8 Top Documentaries Selected by Hot Docs Announced for First-Ever Floating FestivalQuark Expeditions , the leader in polar adventures, is rolling out the red carpet for its first-ever Floating Polar Film Festival, curated by and in partnership with Toronto’s Hot Docs Canadian International Documentary Festival. Starting November 2, 2013, the Floating Festival will be aboard Quark’s Sea Spirit during the 23-day Falklands, South Georgia and Antarctica via Buenos Aires: Explorers and Kings

Quark Expeditions , the leader in polar adventures, has just successfully reached the geographic North Pole for the 46th time as part of its first voyage of the 2013 Arctic season. Since 1991, Quark has operated voyages to the North Pole by icebreaker in June and/or July each year. Quark operates two departures of its signature North Pole voyage, taking a lucky 250 people in total each season to the top of the world aboard the powerful nuclear icebreaker, 50 Years of Victory. This autumn, in honor of the 2014 Olympic Games in Sochi, Russia, the 50

Watch, Learn and Win!WHAT: Enter the ‘Quark loves Greenland Contest’ for a chance to win a trip for two on Quark Expeditions’ 15-day Arctic Quest: Greenland to Churchill voyage in 2014. WHERE: To learn more about Greenland and to enter the contest, please visit www.QuarkExpeditions.com/GreenlandContest WHEN: The contest runs now through to June 30, 2013. WHY: Greenland: The Arctic’s “it” Destination. From the brilliant Northern Lights and the fastest moving glacier in the world to the myriad of iconic Arctic animals and Inuit cultural experiences and traditions, 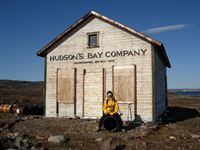 Leader in Polar Travel Introduces Three New Expeditions and a New ShipQuark Expeditions , the leader in polar adventures, today launched the company’s Arctic 2014 line-up. The season features 15 voyages, including three new Canadian Arctic expedition itineraries which will explore the immense territory and majestic scenery of the final frontier, its indigenous peoples, history and diverse wildlife.  The new Canadian Arctic and west Greenland voyages are aboard a new ship in Quark’s fleet: the 114‐guest Sea Explorer (formerly the Corinthian II, sister 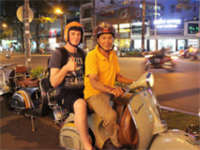 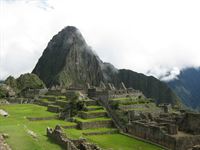 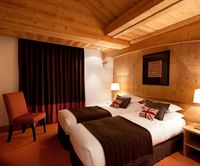 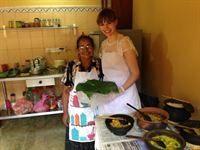 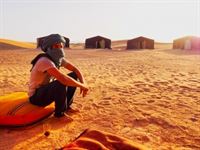 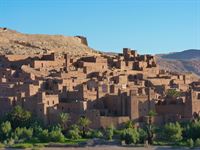 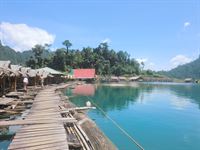