Hemtex is a leading Nordic retail chain in the market for home textiles, with more than 150 stores in the Nordic region. Hemtex is based on an attractively priced and functional range of home décor products, with a focus on home textiles for all rooms in a house. At December 31, 2013, the Hemtex Group’s annual sales amounted to SEK 981,3 million. Hemtex shares are quoted on Nasdaq OMX Stockholm, Small Cap. Hemtex has been a subsidiary of Hakon Invest AB since June 2009.

The Board of Hemtex has reached an agreement with Erik Gumabon that he will leave is position as President of Hemtex. Peder Larsson, formerly President of ICA Sweden and recently appointed acting president of Cervera, has been appointed as acting president of Hemtex until a permanent president is recruited. Under the leadership of Erik Gumabon, Hemtex has undergone major, and for the company, essential changes. An extensive program of readjustment has taken place where foreign operations have been closed down, a new supply chain system within stocks and logistics has gone into operation,

Including costs for closing down operations in Denmark and Norway operating loss amounted to SEK 99.8 M

The home textile chain Hemtex has performed a thorough analysis during the year aimed at mapping the Group’s market situation in and outside Sweden. Based on this work, Hemtex disclosed in its year-end report, which was issued on February 16, 2010, that the Group is to implement a responsible divestment of Group stores in Denmark, reduce the number stores in Finland by approximately half and review the store portfolio in Norway. This review has now been completed. Accordingly, the Group has decided to implement a responsible divestment of all ten stores in Norway.”The divestment of

During December 2009, the home textile chain Hemtex implemented an inventory of the stocks in its Swedish and Finnish stores. The purpose was to identify items from older ranges that could fulfill an important function of being used as aid abroad. As a result, a total of about 370,000 items at an inventory value of approximately SEK 9.4 million were identified. These items have since been donated to Human Bridge, the joint cooperative organization of Läkarmissionen and Erikshjälpen.“Human Bridge has an excellent reputation for its work, which includes equipping hospitals and clinics in

Hemtex’s current CFO, Tommy Svensson, has decided to step down after nearly ten years in the position. Hemtex has appointed Ulf Segerström as its new CFO, effective January 18, 2010. Ulf Segerström will join Hemtex from the dairy Group, Milko, where he has been CFO since 2005.“I became CFO of Hemtex in March 2000 and have experienced an extraordinary period in the Group’s development in terms of expertise and becoming ready for the stock exchange, as well as an expansion of stores and the workforce. It thus seems like the right time to seek new challenges with the experiences that I have

The Extraordinary Shareholders’ Meeting of Hemtex AB (publ) today approved the Board of Directors’ resolution that the company’s Articles of Association (paragraph 10) be amended so that the previous definition of the fiscal year as the period from May 1 to April 30 be changed whereby in the future the company’s fiscal year will be the calendar year (January 1 – December 31). This change is being made to adapt to the fiscal year applicable in the Parent Company’s Group. Majority decision The decision was unanimous. Changed financial reporting dates The year-end report for the abbreviated

Since the end of June, Hemtex has been a subsidiary of Hakon Invest AB. Because Hakon Invest AB is publishing its interim report today, November 4, we would like to inform the public that this report also contains previously undisclosed information on the performance of Hemtex. The information disclosed in Hakon Invest AB’s interim report pertains to the period July-September 2009, a period that deviates from Hemtex’s normal reporting period during the company’s split fiscal year. Net sales for the period July-September 2009 amounted to SEK 296.4 (324.3) M and the company reported an

Erik Gumabon takes over as CEO on November 1

Erik Gumabon, who was appointed as President and CEO of Hemtex on September 15, will take up his position on November 1, 2009. Sales and Marketing Director Mats Olsson has today been appointed as acting CEO of Hemtex until Erik Gumabon takes up his post.“It feels reassuring that Erik Gumabon will be in place as early as November. In order to ensure continued momentum in both strategic work and the daily operations, Sales and Marketing Director Mats Olsson has been appointed acting CEO for the month of October”, says Per Wiberg, Chairman of Hemtex. Mats Olsson is 45 and has been working at

Göran Ydstrand has decided to leave Hemtex and his position as CEO. As a consequence of this, the Board of Hemtex has appointed Erik Gumabon as the company’s new President and CEO. He will take up his position as soon as possible, but not later than February 2010. Göran Ydstrand will remain as CEO until Erik Gumabon assumes his duties.Erik Gumabon is 41 and in his present role as President and CEO of Milko, he has implemented an extensive program of change over a two-year period that is designed to improve profitability and clarify the business focus and product range. From 2004 to 2008, he

Hemtex’s Annual General Meeting in Borås today passed the following resolutions, among others: Adoption of income statements and balance sheets The income statements and balance sheets were adopted. Resolution on the discharge from personal liability The Meeting approved the resolution on the discharge of the Board of Directors and the President from personal liability for the 2008/2009 fiscal year. Director fees The Meeting resolved that the fees to be paid to Members of the Board would total SEK 1,190,000 for the period extending until the next Annual General Meeting, whereby the Chairman

Hemtex AB has appointed Remium as its market maker in respect of Hemtex shares traded on Nasdaq OMX.The objective is to reduce the price differential between the buy and the sell price, and to increase liquidity in the share. The aim is to reduce the investment cost and the risk when investors trade in the share. Remium will commence its undertaking for Hemtex on September 1, 2009

Since June 30, Hemtex has been a subsidiary of Hakon Invest. Because Hakon Invest is releasing its interim report today, August 19, we would like to inform the public that certain information concerning Hemtex’s balance sheet at June 30 is included in Hakon Invest’s interim report under Note 4.

Hemtex has 23.7% of the Swedish market

All shares subscribed for in Hemtex AB’s (publ) (”Hemtex”) rights offering have now been registered with the Swedish Companies Registration Office. Due to the registration, the total number of shares and votes in Hemtex as of June 30, 2009 amount to 41,072,360.

The Board of Directors of Hemtex has deemed Hakon Invest’s offer of SEK 23 per share to be inadequate since the offer does not reflect the Board’s perception of the company’s long-term potential. Therefore, the Board recommends the shareholders not to accept the offer.On April 28, 2009, Hakon Invest AB (publ) (“Hakon Invest”) submitted a cash tender offer to the shareholders of Hemtex AB (publ) (“Hemtex”) in compliance with the Swedish rules for mandatory takeover offers. Hakon Invest offeres SEK 23 in cash per share together with an add-on premium of SEK 4 per share, which will be payable 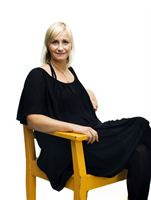