Recognized as the nation’s most trusted independent source of industry and market research, IBISWorld offers a comprehensive database of unique information and analysis on every US industry. With an extensive online portfolio, valued for its depth and scope, the company equips clients with the insight necessary to make better business decisions. Headquartered in Los Angeles, IBISWorld serves a range of business, professional service and government organizations through more than 10 locations worldwide.

A Green Light for the Environmental Consulting Industry

Shifts in consumer sentiment favoring the environment are driving growth for this industryIBISWorld industry analyst Andrew Krabeepetcharat As Seen in the ABA Journal The Environmental Consulting industry  has been growing quickly as companies go green. The introduction of new legislation to curb emissions has boosted revenue over the past five years, as companies hired consultants to help them comply with new regulations. IBISWorld estimates revenue will grow at an average annual rate of 6.8% over the five years to 2012 to

Amid limited resources and an increasingly saturated market, providers turn to mergers and acquisitions to garner market share.By IBISWorld Analyst Kevin Boyland A flurry of recent merger and acquisition (M&A) activity in the Wireless Telecommunications Providers industry  has led to renewed talks of long-expected industry consolidation. While the industry is already highly concentrated with the top four players controlling about 86.9% of the market, high wireless communication penetration and the subsequent slowdown in

Danger Ahead: 3 Sectors that Should Brace for the Fiscal Cliff

If Americans are faced with the impending tax-cut expirations, industries that rely on discretionary spending will be headed for disasterBy IBISWorld Senior Industry Analyst Nikoleta Panteva Not without good reason has the term “fiscal cliff” been the buzzword of post-election 2012. After experiencing tax cuts in 2001, 2003 and 2009, Americans are now faced with the impending expiration of more than 80 payroll and income tax breaks if Congress fails to reach a budget deal by the end of 2012. The measures would be aimed at lowering the federal government’s deficit, which has exceeded $1

Despite Expanding Sales, Expenditure Won’t Return to Prerecession Levels as “Fiscal Cliff” Concerns are Expected to Shake Consumer Confidence and Curb OverspendingBy IBISWorld Analyst Olivia Tang Holiday spending is forecast to increase 3.7 percent from last year to total $69.2 billion, according to IBISWorld. Higher disposable income levels will allow consumers to spend more freely on food, decorations and gifts during the winter holiday shopping season, from Nov. 1 to Dec. 25. But 2012 holiday spending will grow at a lower rate than the 4.9 percent rise in 2011 due to the approaching “ 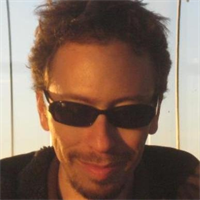 IBISWorld catches up with Uri Kartoun of Stockato to find out firsthand what's going on within his industry.IW:  What challenge do you and Stockato  face right now? UK: There are two major challenges: 1) to attract more users and partners, and 2) to attract angel investors/venture capital companies to invest at Stockato.  IW:  How does IBISWorld help you overcome this challenge? UK:  IBISWorld helps by providing great industry research reports. IW:  What do you foresee happening in your industry within the next year? UK:  The personal financial

As companies fight for business and to hold onto market share, industry concentration has been on the rise.By IBISWorld Industry Analyst Justin Waterman The increasingly saturated Hobby and Toy Stores industry  (IBISWorld report 45112) has been a game changer for many industry operators. In this highly competitive environment, companies have scrambled to gain market share and diversify their product selections. Companies that have been unable to cope with heightened competition, volatile plastic prices and rising purchase costs, 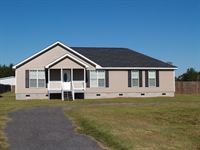 As Superstorm Sandy swept through the East Coast, business across most industries came to a halt, with New York transportation and financial markets taking substantial hits.By IBISWorld Analyst Antonio Danova  In the final week of October, Superstorm Sandy charged through the entire Mid- Atlantic region, ravishing the area and leaving major US cities devastated. According to the New York Times, the total cost of destruction caused by the storm is estimated to eclipse $50.0 billion in economic losses, accounting for physical damage and lost business activity. A majority of these losses 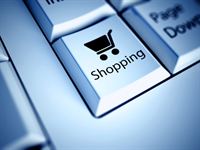 IBISWorld catches up with Douglas Gordon of Fundation to find out firsthand what's going on within his industry.IW:  What challenge do you and Fundation  face right now? DG: Serving the financing needs of such a heterogeneous market with a diverse set of borrowing needs and economic pressure points requires a significant amount of time and energy devoted to understanding such intricacies. Properly monitoring and preparing for industry specific trends related to borrowing demand and likelihood of default is a challenging task that necessitates an organized, 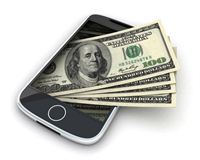 The rapid proliferation of broadband-enabled smartphones and tablets has given consumers the ability to access the internet from almost anywhere and helped the industry maintain its rapid revenue growthBy IBISWorld Analyst Kevin Boyland Buoyed by more robust internet connections and an exponential increase in internet traffic, the Internet Publishing and Broadcasting industry , which publishes nonphysical products such as news, music and video exclusively through the internet, has grown consistently over the five years to 2012.

Outlook: Employment in the Manufacturing Sector

Though much of the manufacturing sector is shedding employees, several key production industries are doing just the oppositeBy IBISWorld Analyst Lauren Setar The story is familiar: Overall employment suffered during the recession, adding to the already accelerating trend of outsourcing manufacturing jobs or replacing them with machinery. Nevertheless, there are a handful of manufacturing industries that IBISWorld projects will bolster their workforces during the next five years. Ranging from millwork to prefabricated home manufacturing, IBISWorld has compiled five manufacturing

Both candidates promise more domestic energy production, but the election will determine which energy industries stand to benefit the most.By IBISWorld Analysts Antonio Danova & Lauren Setar Growing awareness in the American public about energy and environmental issues has put related topics in the spotlight during election season, with each political party championing its own strategies for improving how the United States handles its environmental resources. Increasing demand for transportation and industrial production are driving up US consumption of oil and alternative energy, making

Halloween Sales to Reach a Record-Setting $8.0 Billion in 2012

Decorations will be the Fastest-Growing Segment as Consumers Relieve Pent-Up DemandAlthough recessionary woes still weigh on consumer spending, Americans are expected to be more liberal with holiday purchases in 2012, especially for Halloween.  According to industry research firm IBISWorld, Halloween spending is expected to grow 10.7 percent from 2011 to reach a record-setting $8.0 billion, as more consumers participate in festivities and purchase small-ticket items like home decorations and candy.  Furthermore, larger budgets will allow consumers to spend more on store-bought, ready-made

As publishers continue to lose readers and advertisers to other media, revenue is expected to decline, making the newspaper publishing industry risky business.By IBISWorld Lead Industry Analyst Agata Kaczanowska As Seen in American Banker Newspaper publishers’ traditional papers are biting the dust because consumers favor the real-time reporting capabilities of online news outlets, including social networking platforms like Twitter. The most direct competition for the industry is from internet-only periodicals, which have lower production and distribution costs. Other competition

Drought conditions causing corn prices to rise are benefiting rather than devastating corn farmers in the Midwest.By IBISWorld Senior Analyst Nikoleta Panteva The summer of 2012 will go down in history as one of the hottest the United States has faced. While this is undoubtedly good news for beach resorts and frozen yogurt stores , other US industries are experiencing a different fate. According to the US Department of Agriculture (USDA), the price of corn has already jumped nearly 50.0% from this time in 2011 due to a drought

The recession curbed consumption across the board, but with a recovering economy, consumers are ready to spend againBy IBISWorld Analysts Natalie Everett and Eben Jose The United States suffered through one of the longest recessions in the country’s history during the past five years. The collapse of the housing market crippled a financial system that had bet heavily on the notion that housing prices would never decline. Credit became scarce almost immediately after the crisis began, forcing many companies to go bankrupt or face significant layoffs. As a result, the US unemployment rate

We asked our readers for feedback and here are the results!When asked the industries in which they operate, Education, Other and Consulting were among the majority of respondents’ professions: - Education: 28.6% - Other: 28.6% - Consulting: 14.3% - Manufacturing: 7.1% - Government:  7.1% - Commercial Banking: 7.1% - Retail: 7.1% According to the survey, 71.4% of respondents said that economic conditions is the biggest challenge facing their industries, followed by competition at 21.4%.   When asked which parts of IBISWorld's newsletter are most useful, the 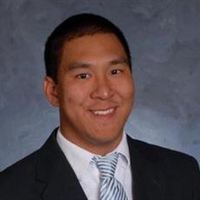 IBISWorld catches up with Phillippe Chau of Growthink to find out firsthand what's going on within his industry.IW:  What challenge do you and Growthink  face right now? PC: Challenges now include the availability of research for niche and specialty industries.  IW:  How does IBISWorld help you overcome this challenge? PC: With IBISWorld, we are able to pull quality reports for specialty industries, which allow us to provide detailed analysis to our client's business. IW:  What do you foresee happening in your industry within the next year? PC:  In

Little would change for education under an Obama second term, but Romney has plans for sweeping changes to K-12 and higher education should he occupy the White House.By IBISWorld Senior Analysts Kevin Culbert and Nikoleta Panteva  In April of 2012, Presidential-hopeful Mitt Romney backed President Barack Obama’s education platform – a portion of it, anyway. The rivals both supported the extension of low interest rates on student loans, which were scheduled to increase from 3.4% to 6.8% on July 1, 2012. With some compromise, Congress approved the interest rate extension on June 29, 2012. 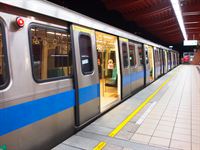 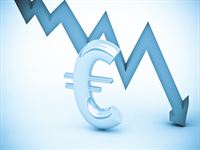 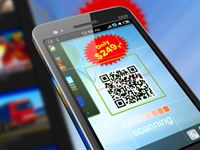 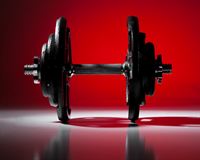 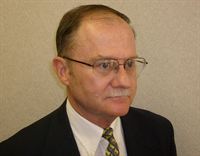 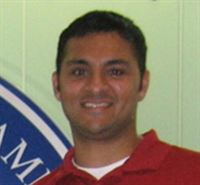 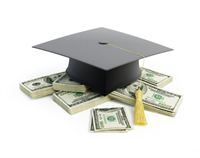