Kendalls specialises in providing public relations and marketing services in the areas of food, farming and the countryside, with particular expertise in agriculture and animal health. We also have a range of clients in other sectors, including insurance provision, professional firms, charities and small businesses. Communication is important to every organisation, and there are many people you need to talk to. Potential or existing customers, the media, opinion formers, the public, and not least, your own staff, are all vital partners in any enterprise. Kendalls offers a full range of services, including corporate planning, PR, literature and event management, to a wide spectrum of clients.

The Suffolk Agricultural Association’s 2013 Agricultural Conference ‘Creating the resilient farm business’ at Trinity Park on 26 February 2013 will be one of most eagerly-awaited in the farming industry’s annual calendar. Focusing firmly on the future it will help the region’s farm businesses to become more resilient to outside factors such as increasing price volatility in agricultural commodities and farm inputs.Sponsored by AtlasFram Group, the UK’s foremost farmer-owned farm inputs purchasing and crop marketing co-operative, together with Mills & Reeve, a leading law firm, the

A national scheme to promote the merits of independent agronomy and encourage new talent into the sector has been launched by AtlasFram Group, the UK’s leading farmers’ co-operative, in conjunction with the Association of Independent Crop Consultants (AICC), the largest such group in Europe.The TRAMLINE Scheme (www.agronomytramline.co.uk), a joint initiative between two independent organisations which are both highly regarded in the agricultural industry, is designed to create accessible pathways into this vital sector by providing individuals with the professional support and advice they

The Royal Agricultural Benevolent Institution (RABI) and Cancer Research UK have been presented with more than £10,000 by the AtlasFram Group (www.atlasfram.co.uk).Cheques for £3899.45 and £6429 respectively were presented to Rosie Weston of RABI and Louise Cook of Cancer Research UK at the Framlingham, Suffolk headquarters of the AtlasFram Group. The UK’s leading farmer-owned cooperative, the Group acts as the purchasing, marketing and administrative function of its 1250 Members’ farming businesses throughout the UK. The money was raised by a team of AtlasFram employees who on Saturday

Forward purchasing of feed raw materials at fixed prices through the AtlasFram Group farmers’ cooperative is fulfilling a critical role by helping one of the UK’s leading pig producers to cope with extreme volatility in the global commodity markets.“The very difficult business environment currently facing the UK pig industry makes it vital to do everything we can to control our production costs,” emphasises Simon Guise, Pig Business Manager for Bacton Pigs, which manages and cares for more than 40,000 pigs. A subsidiary of David Black & Son Ltd, Bacton Pigs also has the UK agency for

Farmers' cooperative on track to raise £10,000+ for charity in Three Peaks Challenge

A team of 11 employees from AtlasFram Group, the Framlingham-based farmers co-operative, will be tackling the Three Peaks Challenge this weekend, in an event which involves walking the highest mountains in Scotland, England and Wales within 24 hours.  Starting at 5pm on Saturday 14 July, they will climb Ben Nevis, Scafell Pike and Snowdon to raise funds for Cancer Research and the Royal Agricultural Benevolent Institution.When the idea was first hatched some months ago 11 of the Group’s 40 employees committed themselves to the challenge.  As the weeks have passed the training has 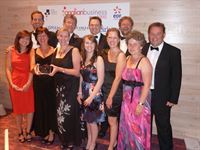 6th July 2012 AtlasFram Group, the UK’s foremost farmer-owned cooperative, has triumphed at the 2012 Anglian Business Awards, winning the ‘Medium to Large Business’ category. Open to any business with an annual turnover exceeding £5 million and which can demonstrate enterprise, commitment to staff and corporate social responsibility, the Award was presented at a gala dinner attended by over 300 guests in Ipswich, Suffolk.Established in 1960, the Suffolk-based AtlasFram Group is a highly-successful farmer-owned cooperative with an annual turnover of £168 million and an exceptionally

Saturn Agriculture, the buying platform for three major farmers’ co-operatives in the East of England, will use the 2012 Royal Norfolk Show on 27th and 28th June to highlight the considerable benefits of co-operation to their Members.The strength of the relationship between Saturn Agriculture’s three members, Suffolk-based AtlasFram Group, Dengie Crops Ltd in Essex and Woldmarsh Producers Ltd in Lincolnshire, will be underlined by their joint exhibit on the Saturn Stand (Number 318). New Membership enquiries which come through Saturn Agriculture are appointed to their nearest agricultural

Farmers who are Members of the AtlasFram Group, the UK’s foremost inputs purchasing and grain marketing co-operative, can now benefit from two new oilseed rape marketing contracts as part of the Group’s highly-successful alliance with ADM Direct.The first offers AtlasFram Members an additional £15 per tonne premium over and above normal quality premiums for standard double-zero oilseed rape, for the next five years. It is available to Members whose farms are certified by Linking Environment And Farming (LEAF), one of the leading organisations promoting sustainable food and farming. The

Farmers who marketed wheat through the AtlasFram Group’s 2011 October to December feed wheat pool enjoyed industry-leading returns which were up to £7 per tonne higher than its competitors, while oilseed rape achieved up to £18 per tonne more. Final net ex-farm values averaged £159.09 per tonne for feed wheat, while oilseed rape returned £374.62 per tonne plus individual quality bonuses.Commenting on the results Richard Anscombe, Chief Executive of the AtlasFram Group, stated: “Members who used our pools to market their grain generated substantial additional profits compared with farmers 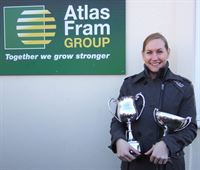 Emilie Wix, a Livestock and Animal Health Specialist with AtlasFram Group, the UK’s leading farm input purchasing and crop marketing cooperative, has won two of the Animal Health Industry’s top Awards. They were presented to her during the 2012 Animal Health Distributors Association (AHDA) Conference and Exhibition at Hinckley, Leicestershire. A key event for the animal health industry which is attended by 500 senior personnel, it is sponsored by OverTheCounter, Pfizer, Trilanco, Novartis, Norbrook, Provimi, MSD Animal Health, CoxAgri, Elanco and Merial.The first of Emilie’s Awards, ‘Top R-

Leading farm inputs purchasing and crop marketing cooperative, AtlasFram Group, has expanded its highly-successful Machinery Scheme to include the popular Amazone and Merlo ranges, which will provide a talking point on its stand (R56 – Avenue- M) at the LAMMA Show this month.The most successful of its type in the UK, the AtlasFram Machinery Scheme enables Members to enjoy significant rebates on a wide range of agricultural equipment, over and above any discounts that they might be able to negotiate with an official UK dealer. To benefit from the special terms which AtlasFram has negotiated

A comparison of buying group membership charges conducted by AtlasFram Group, the UK’s leading farmer-owned inputs purchasing and crop marketing business, has highlighted dramatic differences in the cost of belonging to such an organisation.“Farmers might assume that the cost of belonging to a buying group and the benefits of doing so are much the same, but our research shows that is not the case. In some cases the differences in charges is over 50 per cent, so farmers should look closely at what they are being asked to pay and question whether it represents value for money,” states Richard 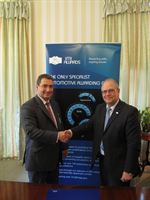 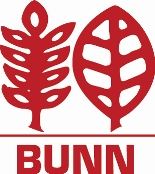 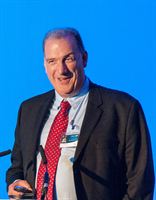 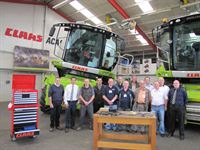 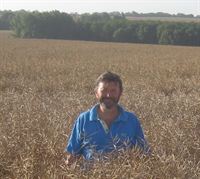 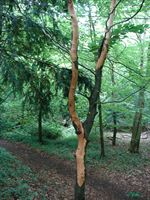 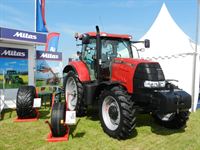