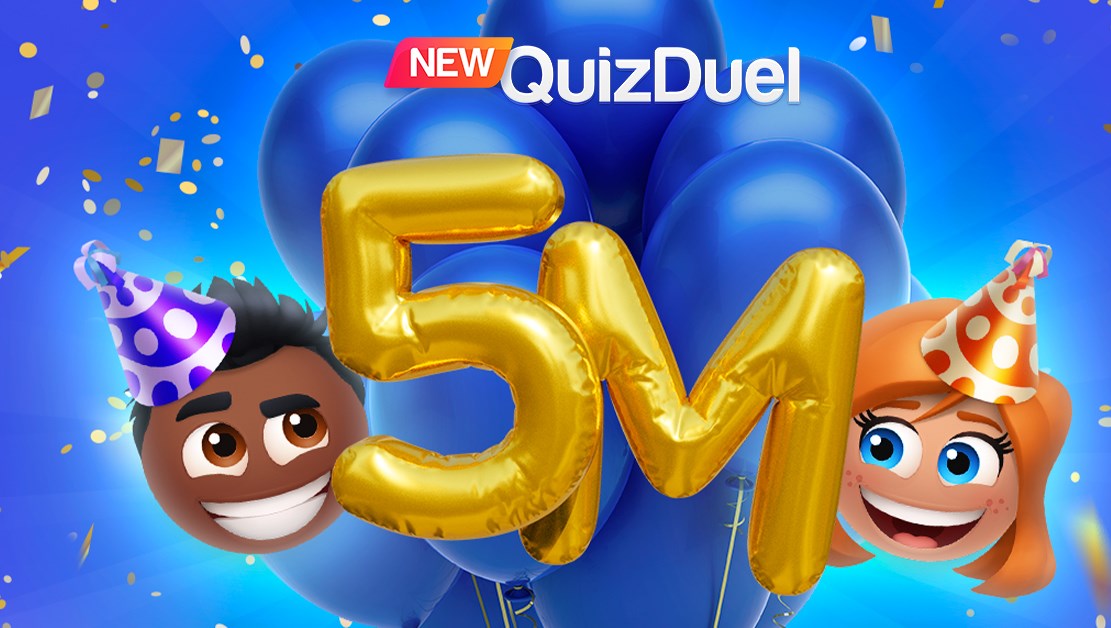 Milestone reached for New QuizDuel - next step is the launch of a live mode in the game in Germany.

New QuizDuel is the successor to classic QuizDuel and launched globally in May 2020. The game introduced the new multiplayer mode "Arena", where five players challenge each other to climb various leaderboards.

“Five million downloads demonstrates the appeal of New QuizDuel, especially considering that the game has only been available globally since May. Our goal has been to migrate all players from the classic game to New QuizDuel before the end of the year. We are now well on our way to reaching that goal. New QuizDuel downloads increased greatly during November. We also removed classic QuizDuel from the App Store and Google Play and thus put an end to the older generation of the game.

We will soon be ready to take the next step for New QuizDuel. In collaboration with Primetime, which we acquired in September, the team is working hard to build a live trivia mode into the game. The new game mode - a live trivia show with a host - will primarily be launched in the game's largest market, Germany. Our hope is that it will make New QuizDuel an unbeatable mobile entertainment experience in the trivia genre”, says Daniel Hasselberg, CEO of MAG Interactive.

About MAG Interactive
MAG Interactive is a leading mobile game developer focused on casual social games. With passionate, creative teams and a data-driven business model, MAG delivers world-class gaming experiences to millions of players worldwide. MAG's expertise in word games and trivia, has created a catalog of games, including Ruzzle, Word Domination, WordBrain and QuizDuel, that have been downloaded over 250 million times. MAG has offices in Stockholm and Brighton and was listed in 2017 on the Nasdaq First North Premier Growth Market with the ticker MAGI. FNCA Sweden AB is appointed Certified Advisor to MAG Interactive. Email: info@fnca.se. Telephone: +46 (0)8-528 00 399. For more information visit www.maginteractive.com