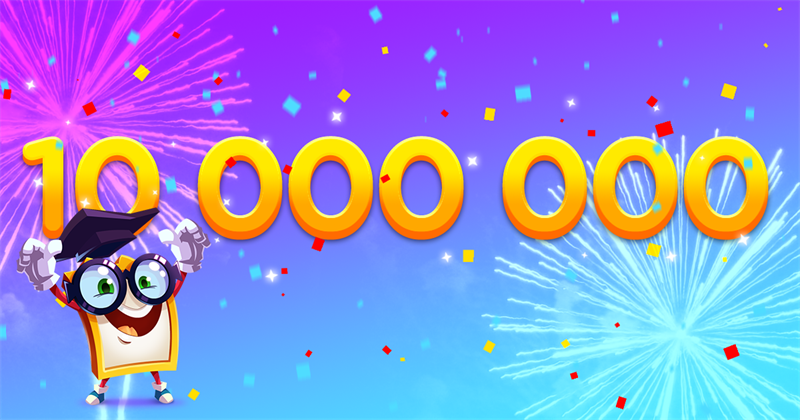 Stockholm, Sweden - 5 March 2020 - MAG Interactive is proud to announce that the word game Word Domination has reached over 10 million downloads on Google Play and the App Store!

Word Domination is the clever multiplayer word game where users play against each other in exciting real-time word matches. Players compete against each other, attempting to earn the most points over five rounds by creating words on the board. With the ability to use boosters - which gives time-limited bonuses - players can turn a probable defeat into a high scoring win.

Since launching in May 2018, Word Domination has ranked top 5 in the word game category in 140 countries and has reached over one million active players per month.

“With Word Domination we can see how strong game mechanics, regular updates and new events allow our games to grow and develop over time. We are very proud of the team behind Word Domination and will continue to support them in developing the game. Our games tend to grow in revenue three to four years after launch and Word Domination is in the middle of that growth journey", says Daniel Hasselberg, CEO of MAG Interactive.

The Scandinavian countries collectively have the best players in Word Domination, with Norway at the top, beating its neighbours Denmark and Sweden.

Word Domination is available on global markets to download and play for free in the App Store and Google Play.