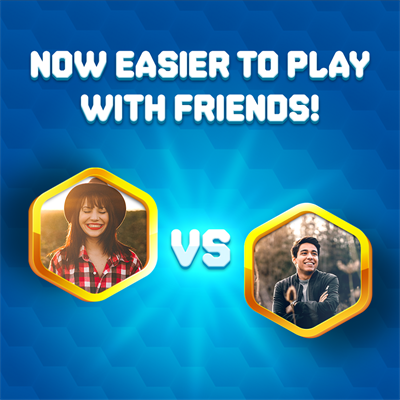 The real-time word game, which has been available on mobile stores since May 2018, has reached the top 10 in the word game category in 116 countries, and shows no signs of slowing down. Word Domination has the highest daily player engagement of any game MAG has ever released, thereby confirming MAG’s new strategy of developing multiplayer games.

“I’m thrilled to see Word Domination’s continuous growth, and the pace at which the team is adding new exciting features and content to the game,”  says Daniel Hasselberg, CEO of MAG Interactive. “With more than one million active players this is truly becoming one of MAGs biggest titles and a key pillar in our future growth. Five million downloads is a great start on the journey to something even bigger and Word Domination fits perfectly with our ambition to be a leader in casual multiplayer games” continues Daniel Hasselberg.

Towards this end the most recent update of Word Domination allows players to now challenge their friends to casual “friendly” games. These “friendly” games allow for all the unique game play of the classic “live game” but with the addition of an extended 72 hour clock. This new feature, combined with the consistent release of themed “solo challenges” sustains the game’s fresh & dynamic experience. Word Domination’s sure to keep players engaged for many years to come!

Word Domination is a modern game with a tactical twist where players challenge each other in a fresh and exciting real-time battle of words. Opponents face off by forming words on a shared board to score points in five-round matches. In addition to points granted for words, players can also collect and play over 45 unique booster cards to supercharge their turn. This tactical element coupled with real time gameplay sets Word Domination apart from other games in the genre. Word Domination is available for free on iOS and Android.

MAG Interactive AB (publ) is a leading Swedish developer and publisher of casual mobile games for a global audience. The company reaches millions of active players every day with a portfolio consisting of ten successful games that have generated over 250 million downloads in total. The most successful titles like Ruzzle, Word Domination and WordBrain have all reached #1 spots on the App Store and Google Play. With offices located in Stockholm and Brighton, MAG Interactive’s games are distributed through virtual app stores allowing for global reach. MAG Interactive is listed on Nasdaq First North Premier with ticker MAGI. For more information visit www.maginteractive.com. 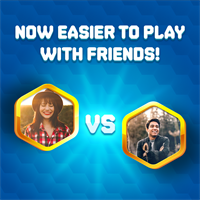 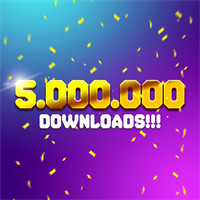