During today’s fashion show at the Gallerian Shopping Mall in Stockholm – the McWalk – the world’s first Big Mac lifestyle collection is presented, introducing a completely new line with the Big Mac pattern. The collection has been developed following the success with the Big Mac Thermals that was created as part of McDonald’s Sweden’s sponsorship of the Swedish Alpine and Cross country Ski Team. The thermals resulted in immediate positive response and a major request from fans all over.

– We know that people love Big Mac, so we decided to celebrate the love for Big Mac by holding a fashion show, McWalk. Big Mac is Sweden’s and the world’s most favorite hamburger and for the fans who love what they see on the cat walk, many of the products can be purchased in the bigmacshop.se, says Jeff Jackett, Director of Marketing with McDonald’s Sweden.

The Big Mac lifestyle collection is a limited edition and sold exclusively on bigmacshop.se. The Big Mac Thermals, Big Mac Wallpaper and Big Mac Bed Sheets are available now. The Big Mac Raincoat, Big Mac Wellingtons and Big Mac Dog Coat will be available later on. Surplus from the sales is given to Ronald McDonald House Charities.

– At McDonald’s, the customer experience is the focus of everything we do. Today, through imlovinit24, we’re focusing on the fun of our brand and uniting and engaging with customers in something truly positive: sharing 24 gifts of joy to millions of people around the world in 24 hour, says Jeff Jackett.

Sydney, Australia, got imlovinit24 activities off to a great start with a gigantic ball pit shaped like a vast coffee cup. Everybody who took part was offered free coffee. Other global activities included a pyjama party in Italy, where guests wearing their pyjamas were given free breakfast for 24 days. In Brazil, guests were given coupons made of ice which they could redeem until they melted. Special bicycle McDrives were organised in Denmark, called Bike Thru.

This worldwide initiative will end with a free concert in the USA, presenting world-famous R&B artiste Ne-Yo performing the song Every Day with Love, which has crowd sourced lyrics written by fans. You can follow imlovinit24 during the day at imlovinit24.com, where guests all over the world can view the various activities from other world cities. 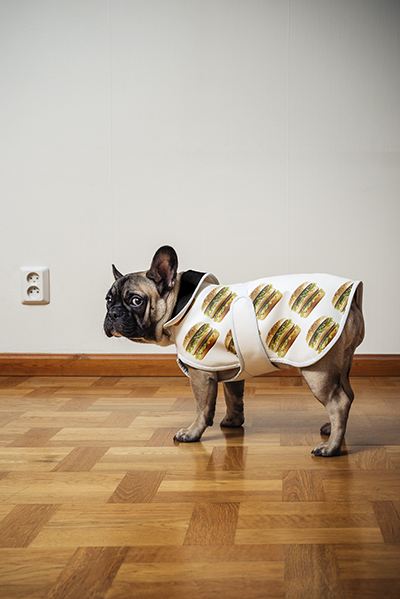 About McDonald's in Sweden
With approximately 220 restaurants from north to south, McDonald's is the leading restaurant in Sweden. More than 92 percent of the restaurants are owned and operated locally by entrepreneurs. McDonald's in Sweden has 12 000 employees and is the largest private employer of young people. We have a menu with more than 400 different meal combinations and serve only food of the highest quality with fast and friendly service in clean, modern restaurants. We are cooperating with LRF, The Federation of Swedish Farmers and 1000 Swedish farmers. Read more on www.mcdonalds.se or follow us on Twitter, Facebook and Instagram.