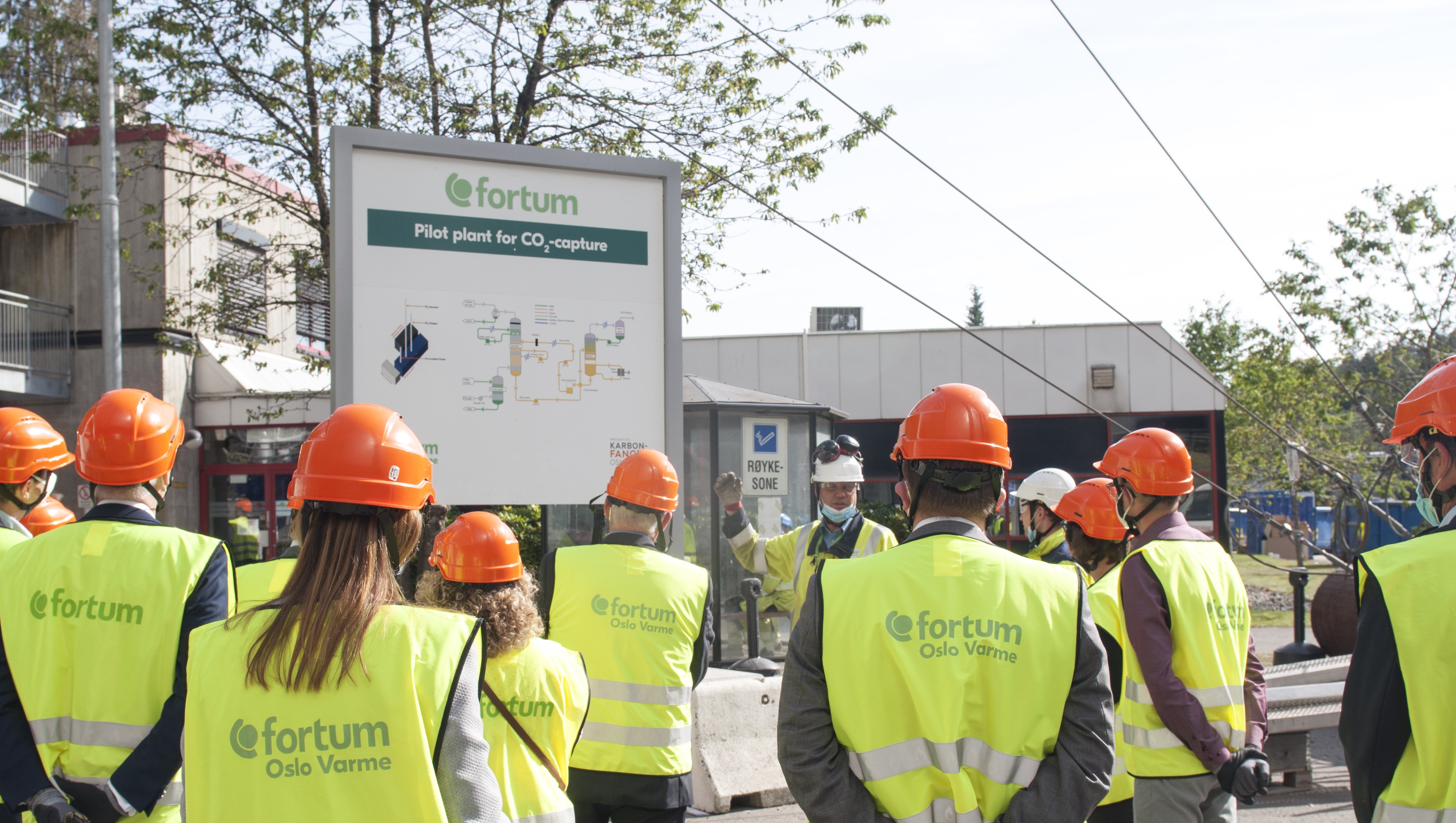 On Wednesday a delegation of members of the Bundestag, German officials and other business representatives arrived in Norway for a three-day tour of carbon capture and storage (CCS) initiatives. First stop was the carbon capture project at Fortum Oslo Varme’s waste-to-energy plant in the Norwegian capital.

– We are looking for technologies to solve the CO2 emissions problem. This search led me to Norway and I thank you for the opportunity to find out more about the very advanced possibilities of CO2 separation at the Fortum Oslo Varmes waste incineration plant. The other stations (Norcem and Northern Lights) also made me more than enthusiastic. I am convinced that CCS is a very important possible solution to the emissions problem in industrial processes such as waste and fertilizer handling, cement and steel production. Also for producing blue hydrogen it seems like a promising opportunity. Norway is doing outstandingly important pioneering work here. CCS is one of other very promising solutions and Germany must open up to the use of such technologies, said Bundestag member Oliver Grundmann,  Chairman of the CDU/CSU Parliamentary Association on Maritime Affairs after visiting Fortum Oslo Varme’s waste-to-energy  plant on the outskirts of Oslo, Norway’s capital.

Oslo Varme is developing the world’s first full-scale Carbon Capture and storage (CCS) project for waste-to-energy. When realized, it will remove up to 90% of the CO2 emitted by the plant. The plant is one of Oslo’s largest emitters of CO2, but also one out of two carbon capture plants in the Norwegian CCS-project Longship.

Waste-to-Energy is widely accepted and supported in Germany and large amounts of European waste is end-treated in Germany with stringent cleaning requirements of the flue gas. Fortum Oslo Varme sees CCS as the natural next step in the flue gas cleaning, and if CCS was implemented widely in Germany this could strongly contribute to large emission reductions in the country.

The Oslo-project will become a state-of-the-art facility providing carbon negative end-treatment of residual waste, and be a demonstration plant for European cities aiming to reduce emissions and solve their waste problems. It will allow the city of Oslo to reduce its CO2 emissions by 15% and plays an essential part in the city’s plans to go carbon neutral.

– It’s been great to have the opportunity to see one of Norway’s key carbon capture plants today and I’m interested in the potential this technology can have on the numerous waste-to-energy facilities in Germany.
– CCS is somewhat of a disputed topic in Germany, but we believe there is an ongoing positive shift towards support for carbon removal technologies in the strive to reach Germany’s goal of climate neutrality by 2045. The need for carbon removal technologies, such as CCS, to fulfill our commitments in the Paris agreement is clearly stated in the latest assessment Report from IPCC. We believe we should explore these technologies as a mean to keep thousands of jobs in key European industries while decarbonizing our societies, Dr. Klaus-Peter Schulze, CDU, commented after the visit.

– We are pleased to welcome the German delegation and to share our knowledge and insights. The recent development in Germany indicates a shift in public recognition of CCS-technology, and this is positive for the opportunities of decarbonizing future waste handling in a circular economy” said Fortum Oslo Varme’s CCS director Jannicke Gerner Bjerkås, after guiding the delegation at the site where they are planning to capture 400 000 tonnes of CO2 from the end-treatment of waste.

The German delegation arrived in Norway Wednesday as guest of the Norwegian Embassy in Germany. The Norwegian state enterprise Gassnova will guide the delegation through the Longship value chain. Starting with carbon capture at hard-to-abate emitters as Fortum Oslo Varme and the Norcem plant in Brevik, to transport and storage at Northern Lights in Øygarden on the Western coast of Norway, and finally to research and development at Technology Centre Mongstad (TCM).

The delegation will meet representatives from the Ministry of Petroleum and Energy, NGOs and businesses engaged in the development of CCS in Norway.

Waste is one of the world’s largest climate challenges. In the EU alone, approximately 100 million tonnes of waste end up in landfill every year. Household waste alone accounts for 5% of global CO2 emissions.
In Germany between 325 and 350 million tonnes (net) of waste are produced in Germany each year.

According to the IPCC, the IEA, and the European Commission, carbon removals are crucial to reaching the global climate target of net zero by 2050. There are currently around 500 waste-to-energy plants in Europe where CCS could be implemented, and a recent study from ETH Zurich calculated the carbon removal potential of the European waste-to-energy sector to be 36 million tonnes CO2 per year. This equals planting almost 600 million tree seedlings and letting them grow for 10 years.

Longship is an industrial CCS project  to develop an open access infrastructure with the intent and the capacity to store significant volumes of CO2 from across the European continent.

The Northern Lights project will be completed mid-2024 with a capacity of up to 1.5 million tonnes of CO2 per year in phase one. The ambition is to expand capacity to a total of 5 million tonnes, dependent on market demand.

Both phases will offer flexibility to receive CO2  from European sources, in addition to the 800,000 tonnes of CO2  per year, which will come from Longship. 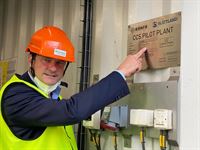