OX2 will manage an existing wind farm owned by the IKEA Group comprising 19 Nordex wind turbines in Mazeikiai, northwestern Lithuania. This will be the fourth wind farm which OX2 is managing for IKEA Group.OX2 has established a well-functioning management organisation for the Mazeikiai wind farm. A person has been employed locally by OX2 to inspect the wind farm, to carry out agreement- and stakeholder’s management. The proactive analysis of data, monitoring and reporting for the wind farm takes place from OX2's headquarters in Stockholm, Sweden. "We are able to quickly establish

Aquila Capital, a leading European asset manager of alternative investments, has signed a purchase agreement with renewable energy company OX2 for a turnkey wind farm with 41 turbines in northern Sweden. The investment is secured by a ten-year PPA contract with Google for the purchase of electricity from the wind farm.The wind farm will be built in Lehtirova, located between the municipalities of Gällivare and Pajala. The expected average production is 490 GWh per year which will make the farm one of the largest wind power projects to date in the Nordics.“We have been successfully active

The renewable energy company OX2 has been commissioned to build the 112 MW Raskiftet wind farm in Norway. The client is a joint venture company held by German municipal utilities company Stadtwerke München and its Norwegian counterparts Eidsiva Energy and Gudbrandsdal Energy. The project will be delivered turnkey and is OX2's first construction project in Norway.Austri Vind, which is owned by Gudbrandsdal Energy and Eidsiva Energy, has worked on development of the project since 2010 and has cooperated with OX2 since 2015 in order to, among other things, secure financing. The entry of 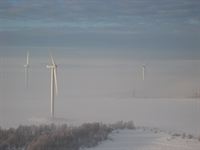 IKEA has signed an Acquisition Agreement with the wind power company, OX2, for 13 wind turbines in Kemi, northern Finland. This is IKEA’s first wind power investment in the Finnish market, and the companies’ fourth joint project.An existing wind farm, situated on the coast outside Ajos in Kemi, will be renewed and expanded. At present, there are ten wind turbines located on artificial islands in the sea and along the shoreline at the site. OX2 will replace these with modern turbines and will build three additional onshore turbines, thereby more than doubling output and improving operational

OX2 wins concession for one of Sweden’s largest biogas plants

OX2 will take over NSR’s biogas plant outside Helsingborg on 1 January 2016. The plant has a capacity to produce around 80 GWh of biogas and 140-150,000 tons of bio fertiliser per year.OX2, best-known for its position in wind power in the Nordic region, is also active in other areas within renewable energy, and bioenergy is one of its important focus areas. As of 1 January, OX2 will take over the operation of NSR’s biogas plant, including 13 of the employees.  “I am really pleased that OX2 has been entrusted to run one of Sweden’s largest biogas plants, and we are looking forward to

The acquisition of the project development company Greenfield Wind gives OX2 the local expertise needed to finance and build high-quality wind farms in Poland. The goal is to expand the company, and to achieve a leading position in the sector.OX2 has acquired Greenfield Wind, a Warsaw-based project development company focusing on wind power in Poland. The acquisition includes all operations, 11 staff and a project portfolio of around 220 MW.“Poland is an exciting market, and we have now acquired the local expertise we need to start the construction of several projects within the next two

O2 is changing its name to OX2

The wind power company, O2, is changing its name to OX2. This is a reflection of the company’s growing international presence and the need to establish a clearer position.The Group’s name and brand were reviewed as part of the growing presence on the international market. At an extraordinary general meeting held on 25 April 2014, the shareholders resolved to change the name to OX2.  ”We are now taking the next, exciting step towards expanding our geographical markets and moving into new areas of renewable energy and technology. To facilitate this move, we are changing our name and our

Germany based fund company Renewable Energy Infrastructure Fund (REIF) has signed an acquisition contract with O2 for eight turnkey wind turbines at Mässingberget in Dalarna, Sweden.“This is our first wind power investment in Sweden. Mässingberget is attractive from an investor’s perspective because the good wind conditions make for a favorable yield in relation to a low level of risk. We chose to work with O2 because of its excellent track record in the Swedish wind power market,” says Ralph P. Seraphim, Managing Partner of REIF. The anticipated average production for the eight wind 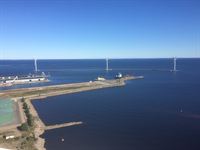 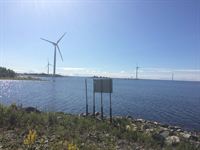