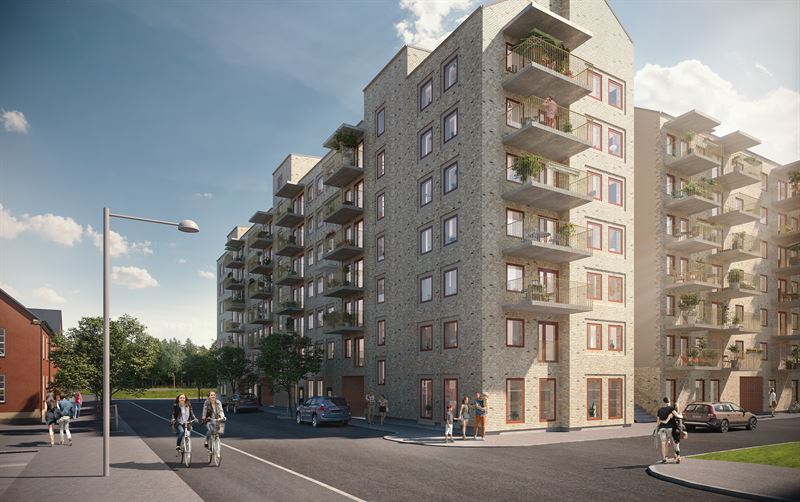 Peab has been commissioned to build apartments in the city district Regementsstaden in Borås. The customer is the municipal housing company AB Bostäder and the contract is worth SEK 194 million.

“Regementsstaden is a unique section of Borås since it’s the only undeveloped area so close to the city center and mass transit. We are building, and have already built, condominiums here in Borås’ new city district and we are very happy at the prospect of building apartments for rent for the municipal housing company as well,” says Stefan Lindvert, Peab Production Manager in Borås.

“The buildings have an environmental profile which includes solar panels on the roof for the production of electricity our tenants can use,” says Bengt Engberg, CEO of AB Bostäder in Borås.

The project is a turnkey contract. Construction will begin in early summer 2020 and occupation is planned for August 2022.

“One of Peab’s strengths in a project like this is our years of experience in cost-efficient housing production with a high level of prefabrication that generates considerable repetition synergies. Kasernen is a very good example of this,” says Stefan Lindvert.

The project will be order registered in the first quarter 2020.

Peab is a leading Nordic construction and civil engineering company with about 15,000 employees and about SEK 54 billion in net sales. The Group has strategically placed offices in Sweden, Norway and Finland. Company headquarters are in Förslöv on Bjäre Peninsula in southern Sweden. The Peab share is listed on NASDAQ Stockholm.