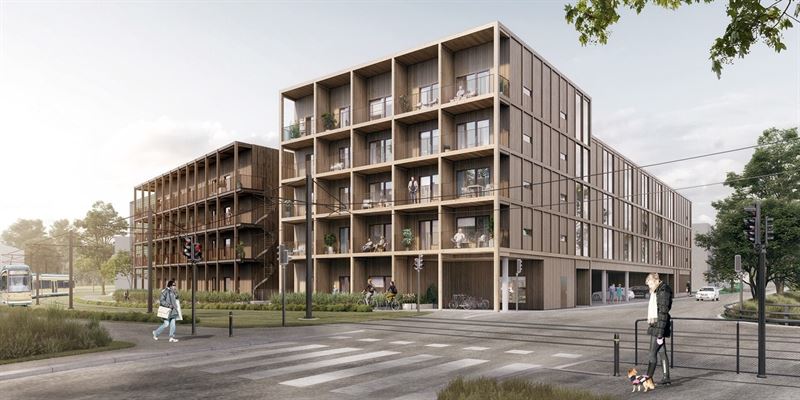 Peab has been commissioned to build 121 apartments in Söderport, in the center of Norrköping. The customer is Grundingen Fastighets AB and the contract is worth SEK 145 million.

City block Balkongen comprises new production of 121 apartments in six buildings with exterior corridors. The residences consist of smaller and space-efficient one, two and three room apartments from 35 to 79 m2. Green inner courtyards with room for active spaces where residents can do sports like boule or basketball will be built in between the buildings.

Söderport is located about fifteen minutes walking distance from the center of Norrköping and is directly connected to the new tram system. This makes it possible to enjoy city life while having access to nature and sports arenas.

“We look forward to beginning this project immediately. The apartments will be a welcome addition to the rental market in Norrköping. Being so familiar with the area and our long experience of similar residential construction makes us well-equipped for this kind of project,” says Anders Bergeling, Region Manager Peab.

The project is a turnkey contract. Construction will begin immediately and the first renters are expected to move in during the early summer of 2022.

The project will be order registered in the first quarter 2020.

In connection with this contract a Letter of Intent has been signed between Grundingen Fastighets AB and Peab for another four blocks in Norrköping.

Peab is a leading Nordic construction and civil engineering company with about 14,000 employees and about SEK 54 billion in net sales. The Group has strategically placed offices in Sweden, Norway and Finland. Company headquarters are in Förslöv on Bjäre Peninsula in southern Sweden. The Peab share is listed on NASDAQ Stockholm.