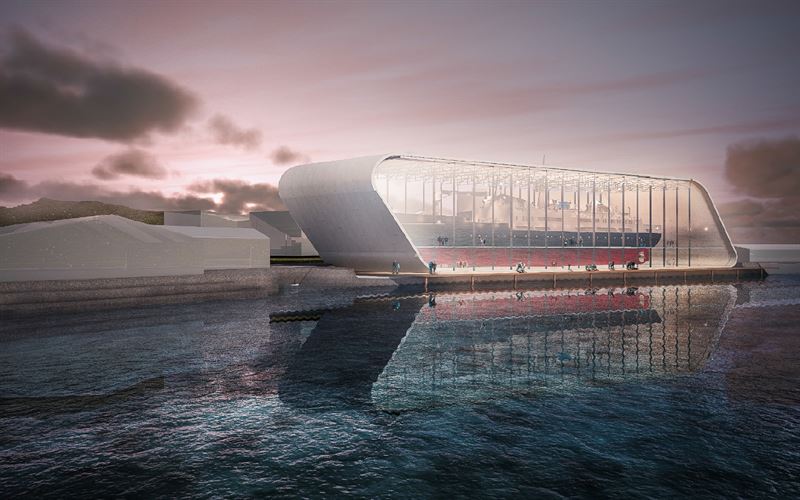 Peab has been commissioned to build a new museum for Hurtigruten in Stokmarknes in Northern Norway. The customer is Vernebygg AS and the contract is worth NOK 127 million.

On June 16, 1999 the old ship MS Finnmark landed at the Hurtigruten Museum in Stokmarknes. Peab has been commissioned to house the ship and this building will become the foundation for the new Hurtigruten Museum.

“This is a wonderful project for us! We spent a lot of time on our proposal and we’re really pleased that the developer chose us to do the job. We look forward to getting started,” says Gro Skaar Knutsen, Region Manager Peab.

The protective structure around the MS Finnmark will be 3,600 m2 and the building will mostly consist of glass and steel.

“We will restore and build on the existing buildings when we house the ship so that the entire Hurtigruten Museum will be new and modern,” says Gro Skaar Knutsen.

The project is a turnkey contract and construction will begin in April 2019. Occupation is planned for April 2020.

The project will be order registered in the fourth quarter of 2018.

Peab is a leading Nordic construction and civil engineering company with about 15,000 employees and about SEK 52 billion in net sales. The Group has strategically placed offices in Sweden, Norway and Finland. Company headquarters are in Förslöv on Bjäre Peninsula in southern Sweden. The Peab share is listed on NASDAQ Stockholm.