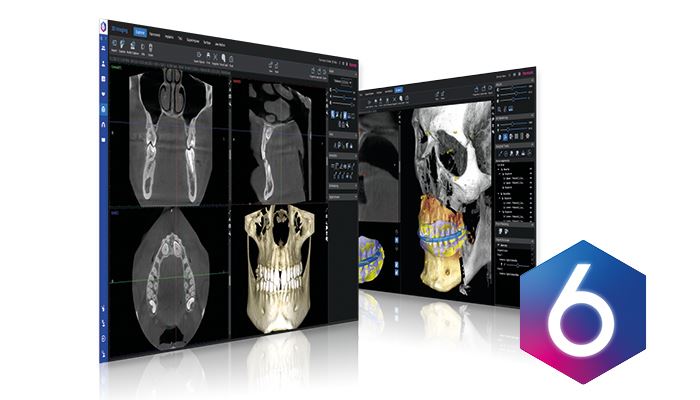 Planmeca is proud to announce a renewed version of its groundbreaking all-in-one software, Planmeca Romexis®. The new version of the software introduces an improved user interface with even better usability as well as a wide selection of new tools and features.

The Planmeca Romexis® 6.0 software solution provides versatile tools for all imaging needs, from efficient day-to-day imaging to advanced diagnosis and treatment planning. Version 6.0 features a modern look and feel that highlights usability. The easy navigation with fewer clicks and a customisable user interface streamlines the workflow. In addition, Romexis 6.0 has flexible workflow wizards, which makes using the software easy and enjoyable from day one.

“The Planmeca Romexis software is a perfect companion to Planmeca’s equipment, providing the smoothest workflow for image acquisition, diagnosis and treatment planning. As an open software platform, Romexis is also capable of storing and viewing images from 3rd party devices, which means unforeseen flexibility and freedom. With a new, beautiful user interface and improved usability, working with Romexis 6.0 is enjoyable – it simply makes your work flow,” states Helianna Puhlin-Nurminen, Vice President of Digital Imaging and Applications at Planmeca.

Planmeca Romexis is the first dental software in the world to combine 2D and 3D imaging as well as the complete CAD/CAM workflow. It is a uniquely comprehensive platform for the needs of all dental professionals from smaller to larger clinics, making their daily workflow faster and smoother.

Planmeca will be presenting Planmeca Romexis 6.0 at IDS 2019.

Planmeca Oy and Planmeca Group
Planmeca Oy is one of the world's leading dental equipment manufacturers with a product range covering digital dental units, CAD/CAM solutions, world-class 2D and 3D imaging devices and comprehensive software solutions. Headquartered in Helsinki, Finland, Planmeca’s products are distributed in over 120 countries worldwide. With a strong commitment to pioneering innovations and design, it is the largest privately held company in its field. Planmeca Oy is part of the Finnish Planmeca Group, which operates in the field of healthcare technology.  The Group's turnover in 2018 was MEUR 735, and it employs nearly 2,800 people worldwide.
www.planmeca.com