RaySearch Laboratories AB (publ) has been pushing the limits of advanced cancer treatment since 2000. Using progressive algorithms, RaySearch develops world leading software used by thousands of the most cutting-edge cancer clinics in the world. The algorithms are based upon founder and CEO Johan Löf’s scientific knowledge, acquired during his PhD on radiation treatment of moving tumors at the Karolinska Institute. The treatment planning system RayStation and the OIS RayCare are the result of extensive development during years of research, and today used to improve chances of survival and quality of life for cancer patients. We fight for a world where cancer is conquered.

The third proton therapy center launched by Provision Healthcare is currently under construction in Southwest Orange County, Florida. Provision CARES Proton Therapy Orlando is expected to treat approximately 700 patients per year and will be equipped with next-generation oncology information system RayCare® and treatment planning system RayStation® from RaySearch.The Provision CARES Cancer Network was established with the opening of its first center in 2014. Provision CARES Proton Therapy Knoxville became the first of its kind to use RayStation® for clinical proton treatment planning.

13 out of 18 RayStation proton sites in clinical operation are now using the proton Monte Carlo (MC) dose engine, and this just a year after it was released. That according to a survey. “The implementation of the RayStation Monte Carlo dose engine has expanded our capability to serve more and a wider range of patients”, says Chang Chang, Director of Physics, Texas Center for Proton Therapy.One year after RaySearch's first release of the proton MC dose engine in RayStation 6, a survey was sent out to the 18 RayStation proton sites that are in clinical operation with pencil beam scanning. The 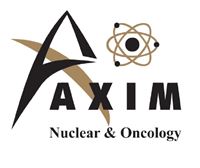