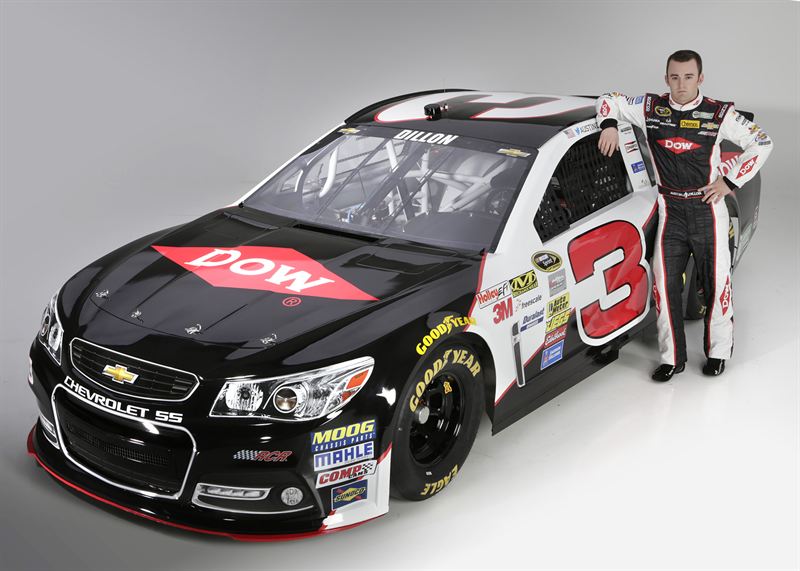 The 2014 NASCAR Sprint Cup Series racing season, scheduled to kick off Feb. 15 at Daytona International Speedway, brings with it some major new developments for Richard Childress Racing (RCR). Those changes include the return of the iconic RCR No. 3 Chevrolet made famous by the legendary Dale Earnhardt, the addition of star driver Ryan Newman, several new sponsors and a host of new eye-catching vehicle wraps.

To RCR’s new and existing sponsors, all of these developments mean increased interest and excitement, which translates into greater brand exposure to more than 75 million die-hard NASCAR fans worldwide. With more Fortune 500 sponsors than any other motor sport, the value and impact of vehicle graphics can’t be underestimated. Attracting the attention of race track fans and TV viewers around the globe is critically important to both sponsors and racing teams.

Where graphics were once painted and sponsor logos added, most NASCAR race cars now feature full printed wraps for a weight advantage and the ability to easily replace graphics between races. Many teams have their own graphics studios staffed by vehicle wrap specialists and equipped with the very latest in digital printing equipment. The RCR Graphics Center, powered by Roland, employs a dedicated staff of five, as well as five state of-the-art Roland wide-format digital printers.

“Creating wraps that call out to the fans and effectively represent the brands that support RCR, including new sponsors Dow, Quicken Loans and Yuengling Light Lager, is a key factor to our team’s overall success,” said RCR Graphics by Roland Manager Nick Woodward. “All the exciting changes taking place this year means there will be even more eyes than usual focused on our cars.”

The return of the No. 3 Chevrolet SS, new sponsors coming aboard and NASCAR veteran Newman replacing Jeff Burton to drive the No. 31 Caterpillar car, has generated plenty of work for Woodward and his crew. “We’ve designed, printed and installed all-new wraps for the No.3 Dow/Cheerios car, which will be driven by Austin Dillon, Richard Childress’ grandson, and for our Quicken Loans and Yuengling Light Lager cars,” Woodward added.

This will be the first full season of Sprint Cup Series competition for Dillon, who has enjoyed championship success in both the NASCAR Nationwide Series and the NASCAR Camping World Truck Series. Dillon will also be the first NASCAR Sprint Cup Series racer to drive a car with No. 3 on its doors since Dale Earnhardt in 2001. According to Woodward, while Dillon’s car will be bringing back No. 3, the new wrap's design, fonts and color scheme will be different from those used on Earnhardt’s car.

“Millions of fans will be watching the No. 3 car, and all of our race cars, so it’s imperative we get the wraps just right,” Woodward said. “Everything from matching the corporate sponsor colors exactly to reproducing the slightest details of the company’s logo is essential. Our Roland printers and printer/cutters deliver the speed, precision and vibrant color we need to achieve all of this and more.”

The RCR Graphics by Roland crew works diligently during the off-season designing wraps that will make their cars stand out from the pack. The team is kept busy through the entire season producing and installing the wraps for each of its race cars.

To keep up with the constant demands, RCR relies on the talents of its graphics professionals, as well as the advanced capabilities and reliable performance of its equipment. With the kick-off 2014 Sprint Unlimited race just around the corner, the RCR graphics crew is working 14 to 16 hours per day, seven days a week to produce all the prints needed for the wraps and complete the installations.

“It’s our job to make sure the wraps look good for each race, and with the all the wear and tear, scratches and crashes, that requires constant production and a lot of labor,” explains Woodward. “Over the course of a single season, we’ll typically do about 325 full vehicle wraps. Fortunately, both our skilled team and our advanced, durable digital printers are up to the challenge.”