Scandic continues to empower the leaders of tomorrow 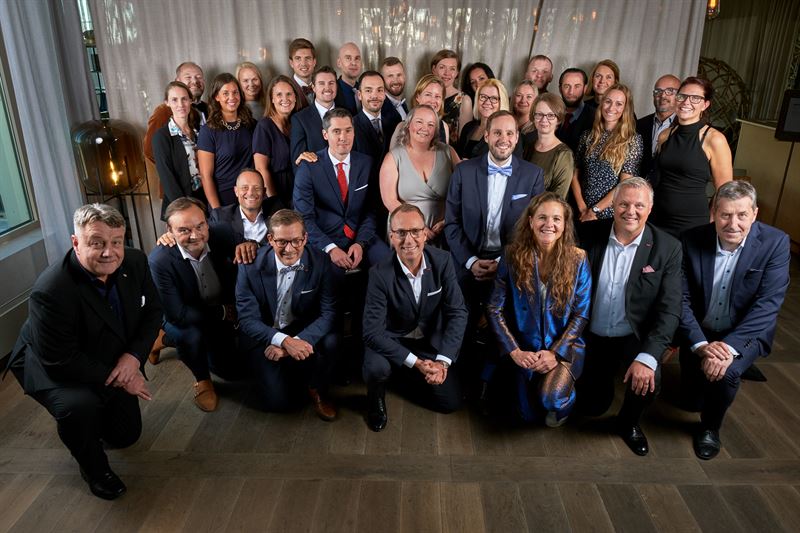 For the past 20 years, Scandic has been training future leaders through the company’s internal leadership program, Talent@Scandic. This year’s 30 talents have now taken the final step toward shouldering leadership roles within the hotel group after a year of intensive organizational and leadership development.

Talent@Scandic is a renowned leadership program in the Nordic hospitality industry. Each year, over a hundred Scandic team members are nominated to the program and only a handful are selected to be trained in leadership, commercial and operational development as well as project management and finance in order to become future leaders within the company. The 30 talents currently work in different positions at Scandic’s 270 hotels and support offices in the Nordic region Germany and Poland.

- Before the start of our talent program, the Executive Committee determines focus areas that align with the company’s overall strategy. This year’s talents have done an impressive job deep diving into areas such as digitalization, commercial optimization and human resources, areas that have become increasingly important in the wake of the pandemic. It has been fantastic to follow their development and I’m convinced that they’ll go far within Scandic, says Jens Mathiesen, President & CEO of Scandic Hotels Group.

- Continuing to invest in our internal talent program and training team members to become tomorrow’s leaders has been critical during the pandemic. We are a strong and cohesive organization at Scandic and having an additional 30 talents who have now been trained to take on leadership roles is important when we as a company are facing a general lack of skills in our industry, says Maud Samuelsson, responsible for leadership development at Scandic Hotels Group.

2021 marks the 20th anniversary of Talent@Scandic, which shows that the company has empowered the leaders of tomorrow and been a pioneer in leadership development for the past two decades.

About Scandic Hotels Group
Scandic is the largest hotel company in the Nordic countries with more than 280 hotels, in operation and under development, in more than 130 destinations. The company is the leader when it comes to integrating sustainability in all operations and its award-winning Design for All concept ensures that Scandic hotels are accessible to everyone. Well loved by guests and employees, the Scandic Friends loyalty program is the largest in the Nordic hotel industry and the company is one of the most attractive employers in the region. Scandic Hotels is listed on Nasdaq Stockholm. www.scandichotelsgroup.com