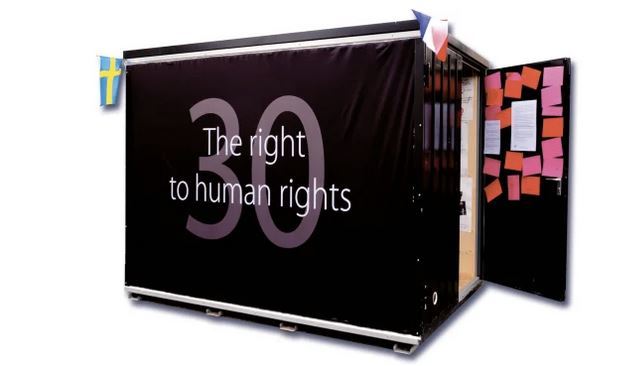 The Cube in Paris

Within the framework of Raoul Wallenberg Academy's school program “The Cube”, 30 big black cubes in steel are placed at schools in Sweden and abroad, including in Paris. Each cube represent one of the 30 human rights. On March 21, the cube in Paris is in focus when the Swedish ambassador to France as well as students from Hersby High School at Lidingö in Sweden and Lycée d'Arsonval School in Paris are taking part in a big opening ceremony at the Swedish House at Cité U.

The ceremony is followed by a human rights’ conference, where journalist Martin Schibbye will participate together with Sarah Scheller, director of Raoul Wallenberg Academy. Martin Schibbye and Sarah Scheller will talk about their experiences of the importance of human rights in our contemporary times. Sarah will also present the "The Raoul Wallenberg Algorithm" - a digital tool that measure the compassionate temperature in our world through Twitter.

The program for the conference is attached.

Raoul Wallenberg Academy is acting in the spirit of Raoul Wallenberg, by supporting young people to find the courage to make a difference and to take action for equal rights. We cultivate the four qualities common to positive change-makers in society such as Raoul Wallenberg: empathy, courage, leadership and cooperation. We do this by offering tools, education and long-term school projects.