The Sten A Olsson Foundation for Research and Culture supports art, music and drama in western Sweden with its 2018 scholarships. 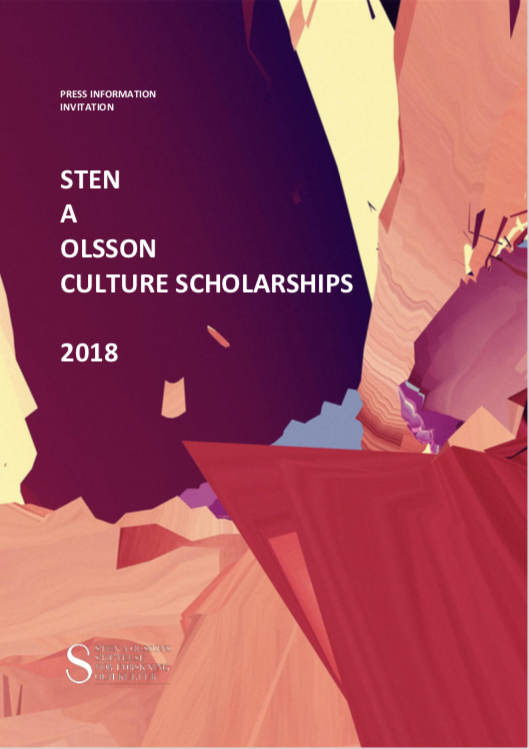 During the past 22 years, the Sten A Olsson Foundation for Research and Culture has awarded scholarships to a large number of promising talents in different fields of art. Equally important for the Foundation’s activities over the years are its major donations to various research projects, not seldom with an interdisciplinary orientation, crossing scientific boundaries.

The award ceremony for the scholarships takes place on Friday 7 December, starting at 6 pm in the Stenhammar Room at the Gothenburg Concert Hall. During the evening’s festivities, we will present the Foundation’s activities as well as the year’s six recipients of the culture scholarships. The public will also get to meet some of them in exclusive live performances. 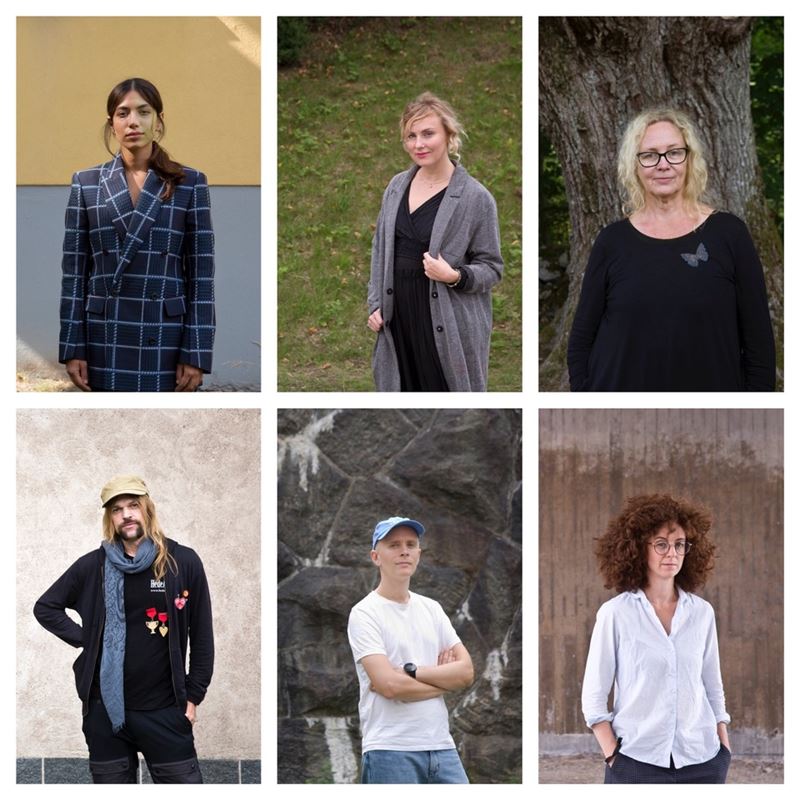 ”This year we have chosen to support several projects with a focus on children and young people, for example the organization Förebildarna (The Role Modellers), which gathers a large number of motivated and committed young people for training in entrepreneurial skills, and also the organization Maskrosbarn (Dandelion Children), which helps children of parents who have problems with addiction or mental illness. In late spring, we facilitated the spectacular inauguration of the Science Festival, at which the researcher Max Tegmark at MIT (Massachusetts Institute of Technology) participated in the form of an interactive hologram, live on stage. In 2018, the SII-Lab (Stena Industry Innovation Laboratory), a laboratory for industrial digitalization, was inaugurated at Lindholmen, and a project for a Centre for Bone Marrow Trauma has been initiated in collaboration with the Sahlgrenska Academy. As usual, we now in December award scholarships to prominent cultural practitioners in different fields of art. It is a great pleasure to have been able to support all the talented scholars over the years. Since the Foundation started 22 years ago, 130 scholarships have been awarded. We hope that they will come to good use and contribute to continued development and personal success.”

MADELEINE OLSSON ERIKSSON
CHAIRMAN OF THE BOARD

Large-format paintings in black and white, and enormous tapestries with bright colours. The final exhibition of 2018 at the Gothenburg Museum of Art features strong contrasts. In it, two important female artists take centre stage.

ANNIKA EKDAHL (b 1955) investigates the boundaries of the visual image with her late-medieval tapestry technique. She creates entirely contemporary visual worlds in the large format, which invite the viewer to enter a landscape with many layers, where myths and dreams are mixed with scenes from family life and personal statements.

GUNNEL WÅHLSTRAND (b 1974) is famous for her ink wash paintings in black and white. In a time-consuming and meticulous technique, she creates portraits and landscapes, not seldom based on her own family photo album. Questions regarding time, memory and loss are central in her oeuvre.

Both Annika Ekdahl and Gunnel Wåhlstrand present new works in the exhibition at the Gothenburg Museum of Art.

PRESS PREVIEW
Thursday 6 December at 11 am in the Stena Hall at the Gothenburg Museum of Art.

OPENING
The exhibition will be inaugurated by Madeleine Olsson Eriksson, the chairman of the Foundation, at the opening on Saturday 8 December at 2 pm.

ABOUT THE FOUNDATION
THE STEN A OLSSON FOUNDATION for Research and Culture started in 1996 to commemorate the 80th birthday of the shipping magnate Sten A Olsson. Through the Foundation, the family gives financial support to research and cultural activity, chiefly in Gothenburg and Western Sweden. The aim of the Foundation is to promote scientific research and development, as well as all forms of art and culture, the humanities and Christian communities.

In 2018, the Sten A Olsson Foundation has made a number of contributions to research and culture, see the following summary of some of the year’s donations:

From the year 1996, when the Foundation started, and until 2018, decisions have been made resulting in the distribution of over 410 million SEK in support of specific projects, 130 scholarships to cultural practitioners, and 280 Master’s scholarships in the form of travel grants.
WWW.STENASTIFTELSEN.SE

ACTRESS EVIN AHMAD
”We actors lend our bodies and minds to others, and use them to show everything that we are always struggling to hide. It is very demanding and you have to prepare yourself, charge up.”
In her three years at Folkteatern in Gothenburg, the actress Evin Ahmad has already appeared in seven productions, acted in three motion pictures, and in addition written a novel. Regardless if she is on the theatre stage, the movie screen or the written page, her intense presence moves the audience and the reader with the same force.
Evin.Ahmad@gmail.com, +46 707 90 20 97 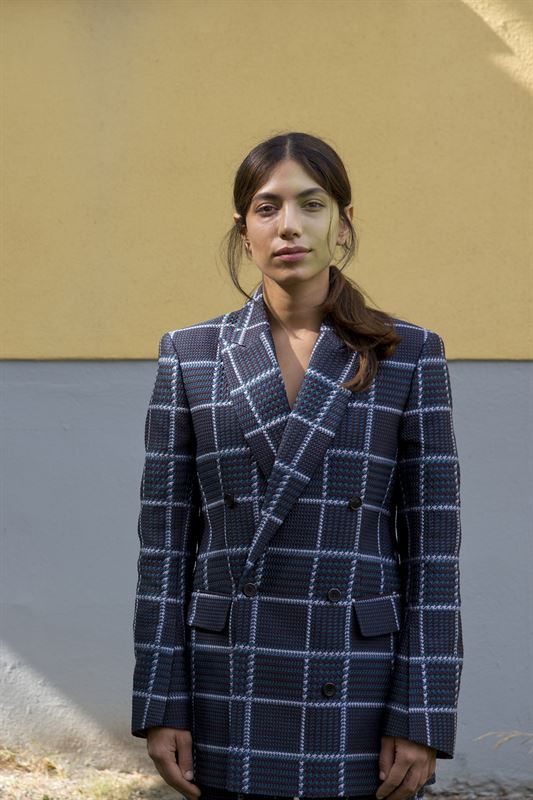 SINGER SOFIE ASPLUND
”To keep it simple is the hardest thing of all. To find the essence, remove everything unnecessary and sing with your own voice. That is where I want to go.”
The lyrical soprano Sofie Asplund has already established herself as a brilliant and versatile talent. The audience has heard her in various musical contexts, in operas and musicals as well as in concerts. Now, in fierce competition, she has been chosen to participate in Barbara Hannigan’s international collaboration project for young singers and musicians, Equilibrium Young Artists.
sofieasplund@me.com, +46 704 39 97 78 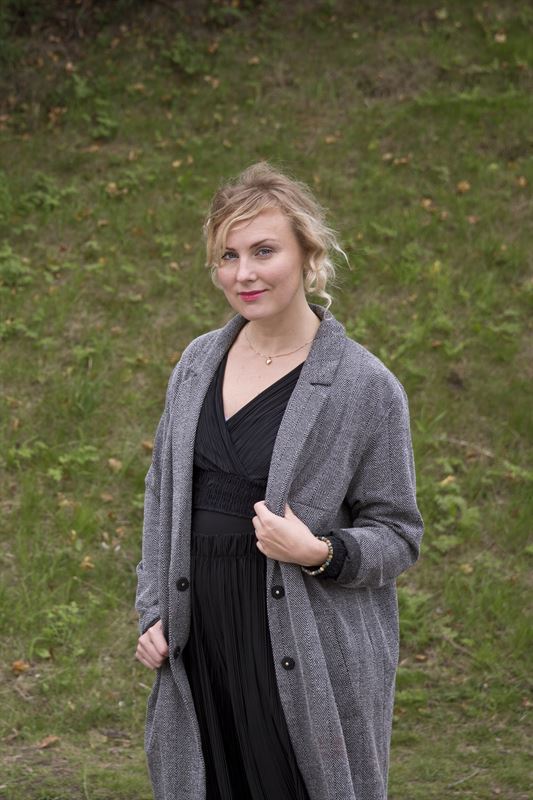 TEXTILE ARTIST ANNIKA EKDAHL
”You can weave the most complicated of images in the fork of a bough. It is not the complexity that increases when you use a complicated loom, rather the efficiency.”
Annika Ekdahl’s large, magnificent tapestries are teeming with stories and voices. With the aid of the ancient, time-consuming technique of weaving, a detailed visual narration flows forth. A square meter can take months to weave, a tapestry several years.
info@annikaekdahl.se; +46 706 57 03 02 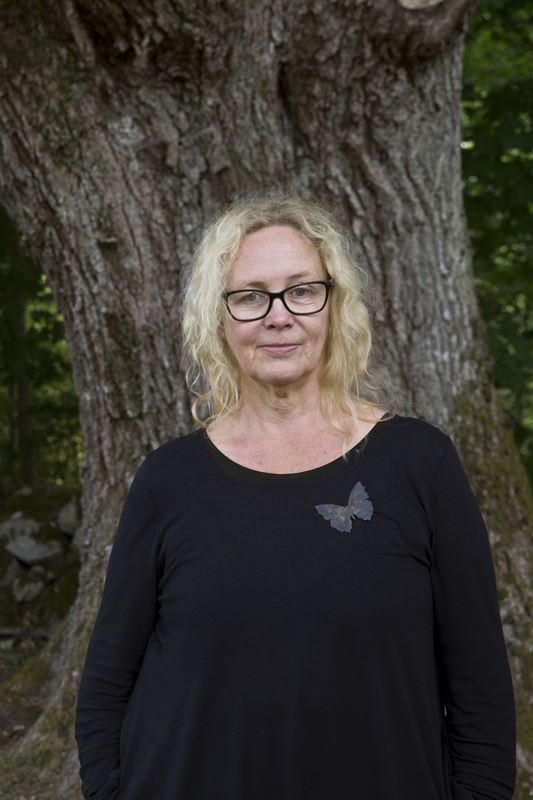 MAGICIAN CARL-EINAR HÄCKNER
”All of my shows are reminders of life, and what unites us. For me, variety theatre is essential to life and in addition a kind of metaphor for life. We are all balancing on a tightrope.”
Magician, stand-up comedian, actor, singer, song writer and author. And much more than that. For 20 years, Carl-Einar Häckner’s variety shows at the amusement park Liseberg have been an intrinsic part of Gothenburg summers. Now, he continues to challenge and surprise himself and the audience with new shows, and in new contexts.
ulf.andersson@livenation.se, +46 31 701 69 50, +46 703 20 69 52 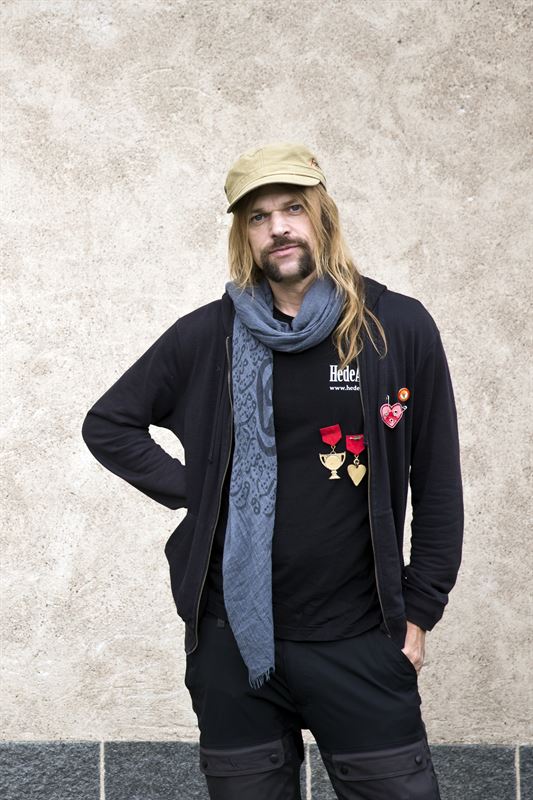 MUSICIAN JENS LEKMAN
”Musically, I strive to please, to be part of a tradition. The stories and the contexts are what interest me the most.”
To tell stories, his own and others’, is the heart of Jens Lekman’s creativity, no matter if the format is a record, an art project or musical collaborations. Jens Lekman continues to move between the minor and the major, the local and the global, always in close contact with his audience.”
elin@ehpr.se, +46 738 00 06 46 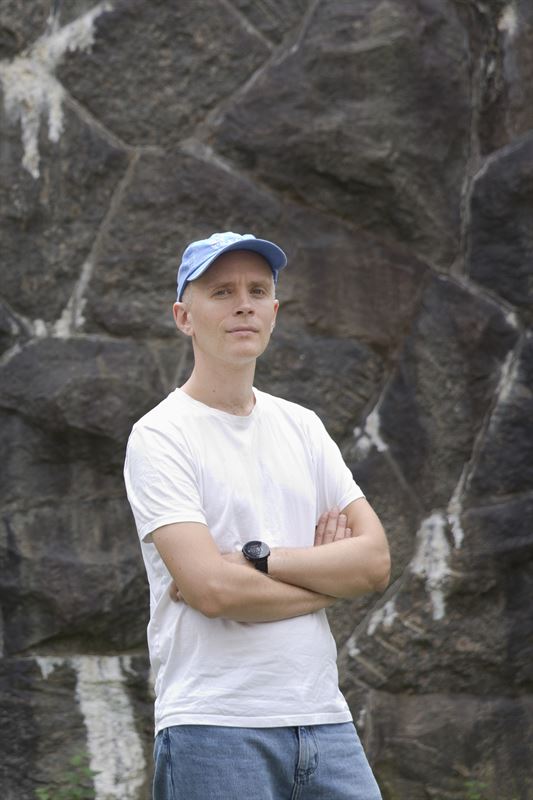 ARTIST GUNNEL WÅHLSTRAND
”You have to hold on to the original idea, and have faith in the motif. Feel what it’s like to be that stone or curtain. When I reach that level, when I change places with the motif, then I have arrived."
Gunnel Wåhlstrand’s monumental ink wash paintings, after photographic originals, have enthralled and fascinated the art world ever since her graduation exhibition at the Royal Academy of Fine Arts in Stockholm 2003. Her work process is slow, meticulous and risky. Every painting takes months to complete. Her collected production comprises around 35 works created over 15 years.
gunnelwahlstrand@yahoo.se; +46 737 08 01 62 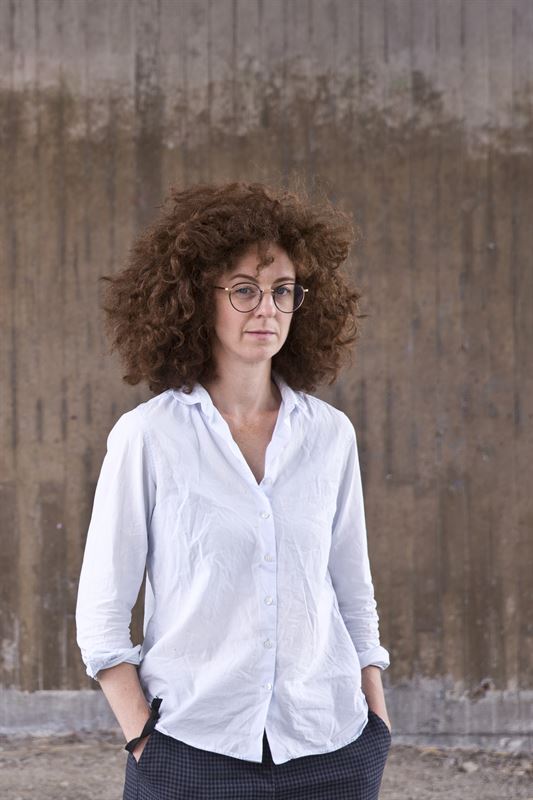 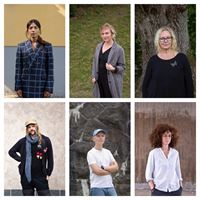