Mats Lundquist has resigned at his own request as CEO of TDC Song, a position that he came into in 2004. The integration of TDC and Song has been successful and the new Nordic organization is in place, so for Mats Lundquist the timing is right to leave the company and make room for a new CEO.“Mats Lundquist has been a key driver in the turn-around of TDC Song and the integration of Song with TDC. I have been very satisfied with the work Mats has done for TDC, and I wish Mats all the best in the future,” says Kim Frimer, CEO of TDC Solutions and Chairman of TDC Song. ”It has been a very

(Stockholm, 27 February 2006) TDC Song has signed a frame agreement with Capio for the supply of data communication to the company’s Nordic health care and diagnostic units. The agreement is to extend for 5 years, at a value of about SEK 30 million, covering the services IP VPN and Internet Access.Capio is one of Europe’s leading health care companies, with over 100 care and diagnostic units. By means of the agreement with TDC Song, Capio´s operations in the Nordic countries will be tied together in a unified data communication network. This will provide all the connected units with access

STOCKHOLM, 7 FEBRUARY 2006 – TDC Song has signed an agreement with SUNET for the supply of dark fibre for building the next generation of university network. The agreement runs for 8.5 years, at a value of SEK 235 million.SUNET (Swedish University Computer Network) is the network that links together all Swedish colleges and universities, along with a dozen museums and certain other external organisations, including The Swedish National Agency for Higher Education. This is one of the world’s most powerful university networks and can handle speeds of 2.5 Gbit/s per university. The network is

The system integrator Dotcom has ordered telephony and data communication from Song Networks in the amount of SEK 33 million over a three year period. The services are included in Dotcom’s communication solutions for the insurance company Folksam, a contract valued at SEK 50 million.– Folksam has chosen our Managed communication service that means that we will be responsible for both the implementation and operation of the services within the agreement. A comprehensive task means a significant responsibility as integrator. The contract is yet another evidence that our close cooperation with

Song Networks has signed an agreement with Tamro Group for delivery of the company’s Nordic and Baltic data communication. The network is based on Song’s IP VPN and extends to Denmark, Finland, Norway, Sweden, Estonia, Latvia and Lithuania. The network connects Tamro’s offices and warehouses in a uniform communication solution.Tamro Group is the leading pharmaceutical wholesaler in Northern Europe. To supply its customers with the company’s critically important medical products, communication between Tamro’s distribution and central warehouses is vital for its business. Therefore Tamro

(This document is essentially a translation of the Swedish language version. In the event of any discrepancies between this translation and the original Swedish document, the latter shall prevail.) NOTICE Shareholders in Song Networks Holding AB (publ), are hereby summoned to an extraordinary general meeting to be held at 14.00 p.m. on Thursday January 13, 2005, at Gernandt & Danielsson Advokatbyrå KB, Hamngatan 2, Stockholm. NOTIFICATION A shareholder who wishes to participate in the general meeting must be registered in the share register maintained by VPC AB on Monday January 3, 2005,

At the extraordinary general meeting in Song Networks Holding AB (publ) held today the following resolutions, among others, were passed. · The Board of Directors was elected in accordance with the proposal set out in the notice: Re-election of Kjell Nilsson and election of Kim Frimer (President TDC Solutions), Martin Lippert (Executive Vice President TDC Business) and Jesper Helmuth Larsen (Chief Financial Officer TDC Solutions). It was decided to submit to the Board of Directors itself, to decide upon allocation of the board remuneration for the period up to the next annual general

As a small but not insignificant step in the process of integrating Song and TDC, the new name for Song Networks has been decided. It will be TDC Song.In November 2004, TDC, Denmark’s leading telecommunications company, acquired Song Networks with the ambition to become the leading supplier of IP-based communications solutions to the Nordic business customers. “The name change is a natural part of the integration process and reinforces the Song brand by combining it with the power of TDC. By keeping Song in the name we capitalize on the strong brand awareness of Song in Sweden, Finland and

On Thursday, Song Networks´ new management fell into place when CEO Mats Lundqvist introduced his new management team at the company’s headquarters in Stockholm.”We can now begin looking at Song’s future and together work to ensure successful integration between Song and TDC. I feel convinced that this new team is a sign of the good pan-Nordic times to come for Song and TDC. The new organization is characterized by experience and intends to make its mark on Song's future development in a targeted and customer-oriented way," says Martin Lippert, Executive Vice President of TDC Business. Song'

The Board of Directors of Song Networks Holding AB (publ) sets a new final date for application for conversion of convertible debentures 2002/2007 and exercise of warrants 2001/2004:2.On September 28, 2004, TDC A/S (”TDC”) announced a public offer to all shareholders and holders of convertible debentures in Song Networks Holding AB (”Song”). On November 1, 2004, TDC announced that TDC had reached an ownership level corresponding to approximately 97.2 per cent of the shares in Song on a fully diluted basis. At the same time TDC made public that TDC intends to, according to the Swedish

(This document is essentially a translation of the Swedish language version. In the event of any discrepancies between this translation and the original Swedish document, the latter shall prevail.) NOTICE Shareholders in Song Networks Holding AB (publ), are hereby summoned to an extraordinary general meeting to be held at 14.00 p.m. on Monday December 6, 2004, at the company’s office, Gustav III:s Boulevard 18, Solna. NOTIFICATION A shareholder who wishes to participate in the general meeting must be registered in the share register maintained by VPC AB on Friday November 26, 2004, and

Song Networks Holding AB’s (Stockholmsbörsen: SONW) Norwegian subsidiary Song Networks AS has extended its strategic cooperation with Lyse Tele AS. Song Networks will now be responsible for traffic for Lyse Tele’s 8,500 telephony subscribers and thereby replaces Telenor as Lyse Tele’s supplier of fixed telephony. The agreement runs for 2 years and has a value of about NOK 40 million.Lyse Tele’s broadband offering, which comprises telephony, TV and Internet, known as their triple-play service, is a success for the Rogaland based corporation in Norway. In a short period of time the company

TDC and Song get new CEO in Norway

The present CEO of Song Networks Holding AB´s (publ) Norwegian subsidiary, Ketil Kivedahl, is to head up the merger of TDC Norway and Song Networks in Norway.”I am confident that both TDC Norway and Song Networks in Norway will stand even stronger after the merger. Ketil Kivedahl is the right man for the job of merging the two companies, which have both gone through an impressive turnaround," says Martin Lippert, Executive Vice President of TDC Business. “Ketil will ensure continuity in our future Norwegian activities. He has delivered impressive results so far and I'm sure he will continue

Mats Lundqvist, currently acting Managing Director of Song Networks Holding AB (publ) (Song), will be appointed with immediate effect to the position of permanent Managing Director to manage Song, with TDC A/S as the new owner.“Mats Lundqvist is a strong and natural choice for the position of Managing Director of Song. He has many years’ experience in the sector, and as manager of Song’s Swedish operation he has helped to turn around a loss-making business in just two years. We anticipate that Mats will continue to contribute to the Group’s positive results trend, as well as preserving Song’ 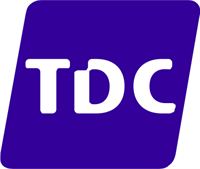