WARRIORS HOOPS FOR KIDS PROGRAM TO DONATE OVER $350,000 FOR UNDERSERVED YOUTH IN THE BAY AREA 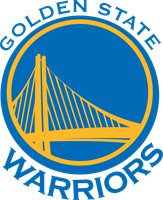 Hoops for Kids Program Generates $500 For Every Three-Pointer Made; Club To Host Recipients At Monday’s Game Against Minnesota; Warriors To Hold On-Court Check Presentation During Half TimeThe Warriors Community Foundation , in partnership with the Koret Foundation and Taube Family Foundation, this season launched Hoops for Kids where Warriors achievements on the court support underserved youth in the Bay Area, it was announced today. Through Hoops for Kids, every Warriors three pointer made during the 2013-14 regular season generates $500

The Koret Foundation reported today that President Tad Taube recently announced he does not intend to stand for reelection as President at the Foundation’s annual organization meeting in June. A highly respected business and community leader and a driving force in the world of philanthropy, Taube’s decision will end a three-decade run as President. Taube, 82, indicated he intends to remain as a member of the eight-member board and will stay on as President until his successor is named and installed. According to Taube, the process of naming a new president will commence shortly and will

STATEMENT TO THE MEDIA FROM THE FAMILY OF WARREN WEINSTEIN

January 2, 2014, Rockville, MD – After watching the video and viewing the letter sent on December 25, 2013, to the Washington Post featuring Warren Weinstein, here is our collective family statement to the media. This will be our final comment on the video until further developments. “Warren Weinstein’s family—his wife, two daughters, son-in-law and grandchildren—wish to say that we love him deeply and miss him in our lives