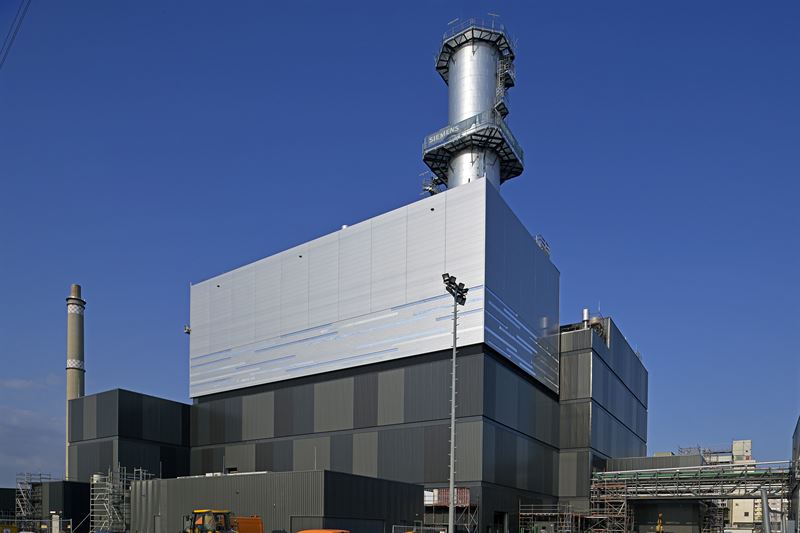 Vattenfall today inaugurated a new heat and power plant in Marzahn in Berlin. The highly efficient gas-fired plant will supply electricity and district heating in the eastern parts of the German capital and is expected to reduce carbon dioxide emissions by approximately 240,000 tonnes per year.

The Marzahn heat and power plant contributes to Vattenfall more than fulfilling its agreement with the Federal State of Berlin that was signed in 2009. According to the agreement, Vattenfall would halve carbon dioxide emissions until 2020, compared to 1990. This target was reached already in 2017.

Tanja Wielgoβ, Head of Vattenfall Heat in Berlin, said:
“Vattenfall has invested more than EUR 300 million in the Marzahn plant and a total of around EUR 1 billion in the past ten years to reduce carbon dioxide emissions from our district heating, district cooling and electricity production in Berlin. Through Marzahn, we have now more than fulfilled our agreement with the Federal State of Berlin by reducing carbon dioxide emissions from 13.3 million tonnes to less than six million tonnes per year.”

The new combined heat and power (CHP) plant in Marzahn has an installed capacity of 230 megawatts of heat and 260 megawatts of electricity and is powered by highly efficient Combined Cycle Gas Turbines (CCGT). With an efficiency of more than 90 percent, the fuel is used to the maximum and the climate footprint is minimized. Marzahn will together with Vattenfall’s Klingenberg CHP plant form the basis for the district heating supply to around 450,000 households in the eastern parts of Berlin.

“We will now continue to further reduce carbon dioxide emissions from our production in order to completely phase out hard coal by 2030. Natural gas significantly reduces the carbon dioxide footprint compared to coal and can in the long term be replaced with renewable gas, for example hydrogen,” said Tanja Wielgoβ.


Note to editors:
In a joint feasibility study, Vattenfall and the Federal State of Berlin have shown that new efficient gas-based CHP plants - prepared for use of hydrogen gas - are the most important part of being able to phase out coal in the city's heat supply. Read more about the feasibility study:
https://group.vattenfall.com/press-and-media/news--press-releases/pressreleases/2019/vattenfall-and-federal-state-of-berlin-coal-exit-in-berlin-by-2030-is-possible