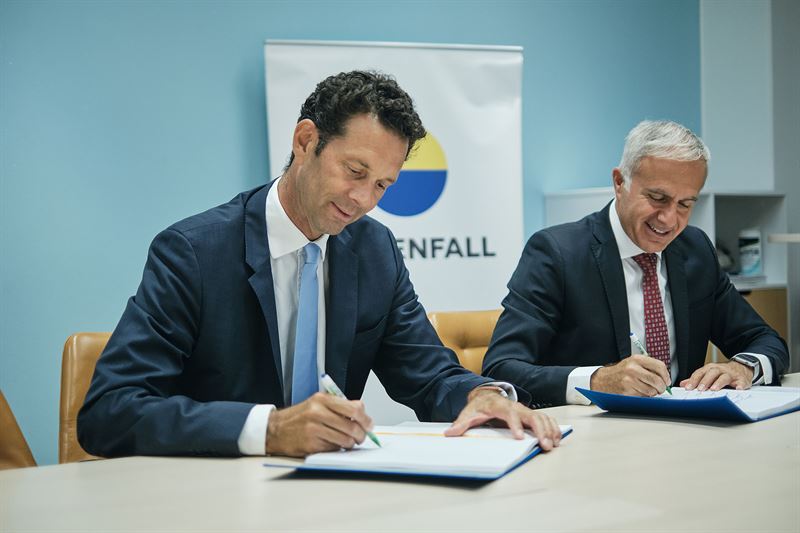 Vattenfall has signed an agreement with Westinghouse Electric Sweden AB for dismantling of reactor tanks and their internal parts as well as fuel racks in Ringhals 1 and 2 in southern Sweden. It is thus clear how these large radioactive components are to be dismantled and disposed of, which also sets the framework for other dismantling work at Ringhals 1 and 2.

“Vattenfall´s mission is to dismantle and dispose of used reactors and other components in the same way they have been operated: safely and efficiently. The agreement with Westinghouse Electric means that it is clear how the large radioactive components at Ringhals 1 and 2 shall be dismantled and this also sets the framework for other dismantling activities in the facilities. I am proud that Vattenfall takes responsibility for the entire life cycle of nuclear power and I welcome Westinghouse Electric as our partner for this important work,” says Christopher Eckerberg, Head of Nuclear Decommissioning at Vattenfall.

Katarina Gereborg, responsible for the procurement process at Vattenfall comments:
“We got several good offers but opted for Westinghouse Electric since they best met our evaluation criteria. The agreement is a so-called turnkey contract where the supplier is responsible for the entire work, given that Vattenfall´s demands are fulfilled.”

“We are grateful for Vattenfall's continued confidence in our entire life cycle capacity within the nuclear power industry,” says Aziz Dag, CEO of Westinghouse Electric Sweden AB. ASEA Atom, which today is Westinghouse, built Ringhals 1 and Westinghouse built Ringhals 2. With this agreement, we close the circle with safe dismantling of the reactors.”

The physical work of dismantling the large radioactive components at Ringhals 1 and Ringhals 2 will start on 1 April 2023 at the earliest. The exact value of the agreement is not stated for business reasons, but it is a matter of several hundred million kronor.

How it is done
At first the internal parts of the reactor tank at Ringhals 1 are segmented, thereafter the internal parts at Ringhals 2. The internal parts are the most radioactive material and are taken care of first in order to remove radioactivity from the facilities. The work is performed with remote controlled underwater tools in order to protect from radiation. Thereafter the reactor tanks are segmented, starting at Ringhals 1, then the water is emptied, and the tank is covered by a lid to protect from radiation. In short, the tank is cut into rings from top to bottom with remote controlled tools which are operated from a station inside the facility. The fuel racks are decontaminated and then cut down to manageable sizes.

Radioactive waste
In total the current components weigh around 1 500 tonnes of which an absolute majority is radioactive. Highly active material such as nuclear fuel has been removed from the facilities when this work starts, and the remaining material is moderate or low radioactive. The material is segmented and packed in approved containers and is to be stored at the Ringhals site until the final repositories are extended. All material is disposed of with safety as top priority and in accordance with laws and regulations. Vattenfall estimates that the dismantling of Ringhals 1 and 2 causes 340 000 tonnes of waste, of which 5 to 10 percent is radioactive. Material which has proved to be free from radioactivity is used as spare parts, recycled at the facilities as e.g. landfill, or recycled in a conventional manner.

Note:
The radiological dismantling of Ringhals 1 and 2 is planned to start by the end of 2022 and last for almost a decade. The decommissioning of nuclear power in Sweden has a secure financing: since the 1970s the nuclear companies has allocated funds for decommissioning and final repositories. The money is administrated by the Nuclear Waste Fund.