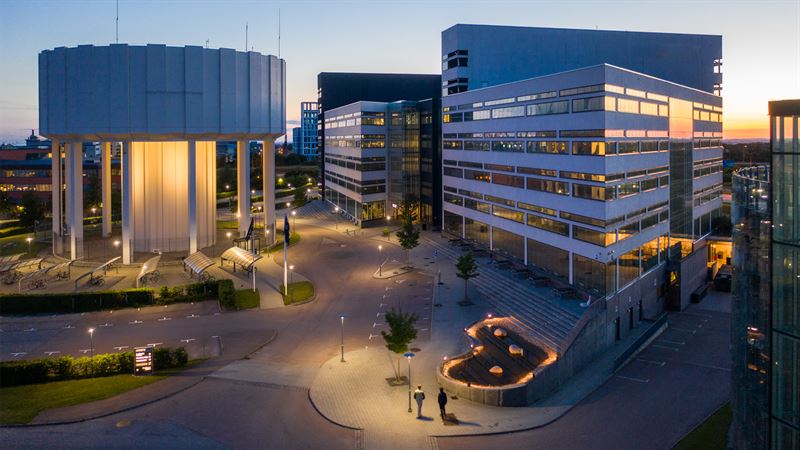 Wihlborgs has signed an agreement with the restaurant and conference company Eatery to establish itself in Cube at the Ideon Science Park in Lund. This will be Eatery’s first venture in Skåne and is preliminarily set to open in September 2021.

Eatery is a rapidly growing restaurant and conference chain that currently has eight locations in the Stockholm area. Eatery aims to offer an environment that caters for meeting and relaxation both during and after the workday. A place to go to eat and be inspired, alone or in company with friends, colleagues and business partners. Eatery also has the ambition of becoming the sector’s most attractive employer by 2022 at the latest.

“We are pleased that we have finally arrived in Lund and in Skåne. Together with Wihlborgs, we aim to create a fantastic atmosphere in which we will strive to become a destination for everyone who works and lives in one of Sweden’s most exciting and expansive city districts,” says Martin Forsmark, one of the co-owners of Eatery.

Eatery is establishing itself at Ideon in the new Brunnshög city district, which is emerging nearby the research centres Max IV and ESS in northern Lund. With investments in good infrastructure, service, workplaces and housing, a multi-faceted and innovative city district is being constructed in which almost 40,000 people will live and work.

The Cube office building is a LEED Gold certified landmark in the Ideon area. Ideon Science Park is a well-known and innovative research hub containing over 400 companies and providing 10,000 jobs.

“Ideon Science Park is part of Wihlborgs’s DNA. A modern food concept strengthens Ideon Science Park’s attraction for our tenants as well as for the entire area. Eatery will be an important addition to provide energy and appetite across all of northern Lund,” says Ulrika Hallengren, CEO of Wihlborgs.

Ideon was founded just over 35 years ago adjacent to Lund University when it became the first research park of its kind in Sweden and the whole of northern Europe. Ideon is currently home to over a wide set of skills in connectivity, ICT, life science, cleantech, energy, health technology and smart materials. Wihlborgs is the largest property owner at Ideon with 180,000 m² of premises for offices, labs and development.