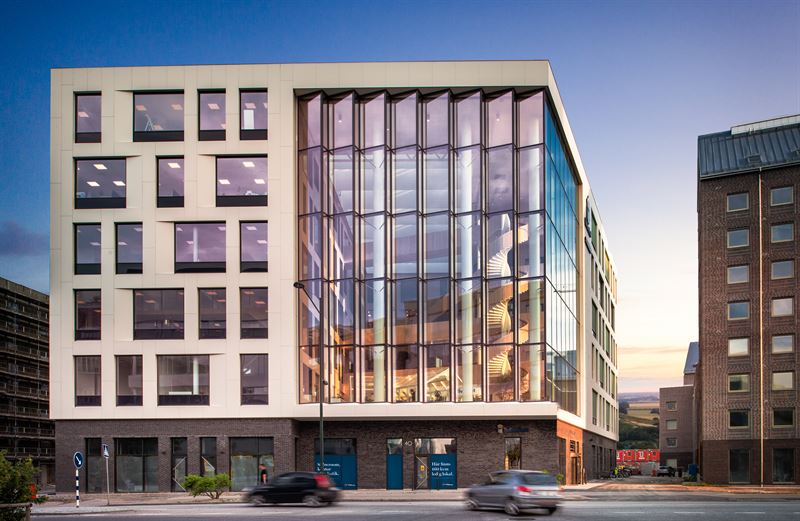 Dungen is located on the Gimle 1 property in Hyllie and was ready for occupancy in the spring. Wihlborgs’ project manager for the construction project was Rickard Berlin and the architect was Anders Eriksson Modin from Fojab. The building’s largest tenant is the Swedish Customs, which leases 7,500 m².Other tenants include Ferrero Scandinavia, DC Hud and Schreder.

“Through the high quality of its architecture and attention to detail, the Dungen office building makes an exemplary contribution to Hyllie. In the evening, the generous, north-facing atrium that forms the building’s heart, becomes a brilliant lighthouse at the end of Arenagatan. Despite the tenant’s security requirements, the building feels open and welcoming. Dungen offers an exceptional work environment with wood-clad walkways, moss floors and spiralling trees, which raise the interior and personnel to new heights. The project easily meets its SGBC Gold certification through its broad focus on sustainability, from energy optimisation and environmentally aware material selection to signage that can be dismantled and reused.”

“Naturally we are extremely pleased and proud about the prize. In every construction project, our main focus is on contributing to the development of the city and on creating the best possible work environments for those working in the building. Our ambition levels are high and my goal is that each new building we construct should be a candidate for the Urban Design Prize. At Dungen, in partnership with Fojab, we have created a wonderful building from quality materials with an exciting form and highest possible focus on sustainability,” says Ulrika Hallengren, CEO of Wihlborgs.

The Urban Design Prize is awarded for meaningful enhancements of Malmö’s urban and living environments. Wihlborgs has received the Urban Design Prize on several previous occasions, including for Media Evolution City (2012), Regionhuset (2011) and Tyrénshuset (2002) – all located in Dockan. 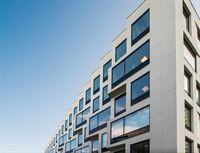