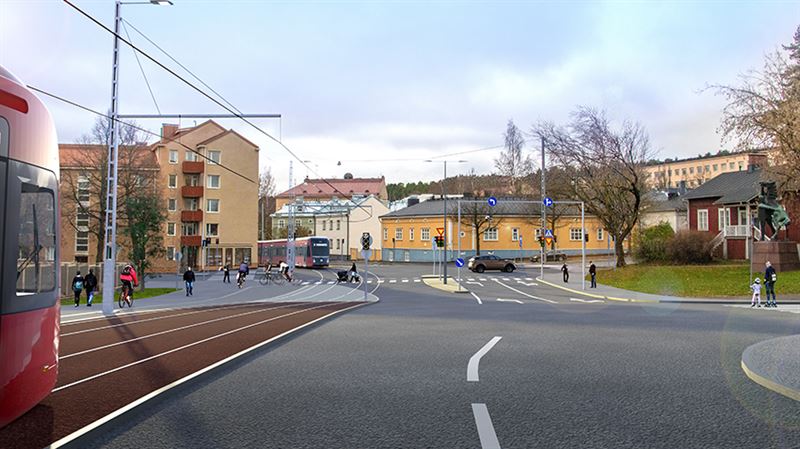 Tampere Tramway Ltd and the City of Tampere have appointed alliance of YIT, NRC, Sweco and AFRY to a contract for second phase of the Tampere tram network. The project is an extension for the ongoing alliance contract.

The Alliance parties will jointly design and build the second phase that will be 6,6 kilometers and will involve rail services such as track, road construction and groundwork. The work will commence in 2020 and the project is scheduled for completion in the end of the year 2024.

“The decision to continue the tramway strengthens sustainable development of public transportation in Tampere. The Tampere Tramway supports the growth and urban development in Tampere. We are very pleased to be able to cooperate with the same experienced and competent alliance partners in the second phase,” advises Pekka Sirviö, Managing Director of Tampere Tramway Ltd.

YIT is the largest Finnish and significant North European construction company. We develop and build apartments and living services, business premises and entire areas. We are also specialised in demanding infrastructure construction. Together with our customers, our nearly 8,000 professionals are creating more functional, attractive and sustainable cities and environments. We operate in 10 countries: Finland, Russia, Sweden, Norway, the Baltic countries, the Czech Republic, Slovakia and Poland. Our revenue in 2019 was approximately EUR 3.4 billion. YIT Corporation’s share is listed on Nasdaq Helsinki Oy. www.yitgroup.com