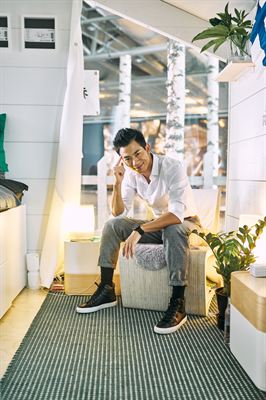 It is time for an igloo hotel, the Northern Lights, Santa Claus with his reindeers and fresh Arctic air. After 30 days of living in Helsinki Airport, #LIFEINHEL star Ryan Zhu will travel with his nearest and dearest to Lapland, a popular winter destination.

Finland is one of the hot spots in travelling. Both National Geographic and Lonely Planet named the country as one of the best destinations in the world in 2017. Finavia, the Finnish airport operator, has been highlighting through Ryan’s experiences how smooth travelling to Finland is. Now this #LIFEINHEL campaign will reach its zenith and have a shift from Helsinki to Lapland where the House of Lapland will host him.

– We felt that it is important that Ryan will experience northern part of Finland too. We want to show for millions of people following #LIFEINHEL campaign on social media that Lapland is real, not just a place of a fairytale story. Of course, we wish that many will follow Ryan’s example to travel to Finland and Lapland, tells Katja Siberg, Senior Vice President of Marketing and Communications in Finavia.

– In Lapland, there are new international routes and increasing number of charter flights. We are happy to put northern Finland now under the spotlight with Ryan, the hero who stayed a month in the Helsinki Airport. The snowy nature, arctic activities and our good friend Santa Claus are of special interest of our passengers, especially from UK where most of charter flights to Lapland come from, tells Siberg.

Finavia operates 21 airports in Finland including the Helsinki Airport and six airports in Lapland. Rovaniemi Airport is Santa’s Official Home Airport, whereas in Helsinki Airport you can find the Arctic World of Santa Claus Shop where in addition to buying products, passengers can experience the Finnish nature and culture in the form of photos, videos and music.

– In Lapland, Ryan will visit Rovaniemi and Levi in Kittilä. There he will meet Santa and his reindeers, do some skiing, participate in a husky safari and experience with his entourage all sorts of Finnish uniqueness – like to sleep under the Northern lights in an igloo. Since this is Ryan’s holiday, our #LIFEINHEL will only give you a sneak peek on Lapland. But perhaps you will come here soon on your own; I am confident, that it will be an unforgettable trip, Siberg says.

***
Finavia is a Finnish airport operator that provides and develops airport services in Finland with focus on safety, customer-orientation and cost efficiency. Finavia’s comprehensive network of 21 airports enables international connections from Finland and to different parts of Finland. Corporate revenues in 2016 were 381MEUR and the number of employees 1.900. www.finavia.fi

Helsinki Airport is the leading Northern European transit airport for long-haul traffic and serves over 18.5 million passengers. It has been awarded best airport in the world. One man is about to find out if it is true by living at the airport for 30 days in fall 2017. www.helsinkiairport.fi

#LIFEINHEL is a disruptive content marketing campaign mixing reality TV, game shows and Social Media – it is like The Terminal meeting The Truman Show. #LIFEINHEL will take place on 10 October to 8 November 2017 at the Helsinki Airport and on social media. www.lifeinhel.tv 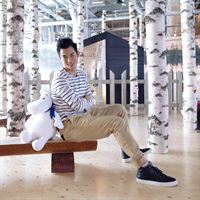 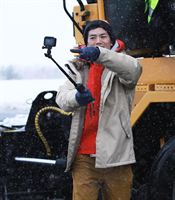